The first-generation Chevy Nomad was produced between 1955 and 1957, followed by the second generation in 1958 through 1961, and the third generation in 1968 through 1972. Widely recognized as a member of the Chevy Tri-Five lineup, the Nomad makes for a stylish and classy cruiser – especially when it’s as nice as the example featured here, which comes with the rare fuel-injected engine option. 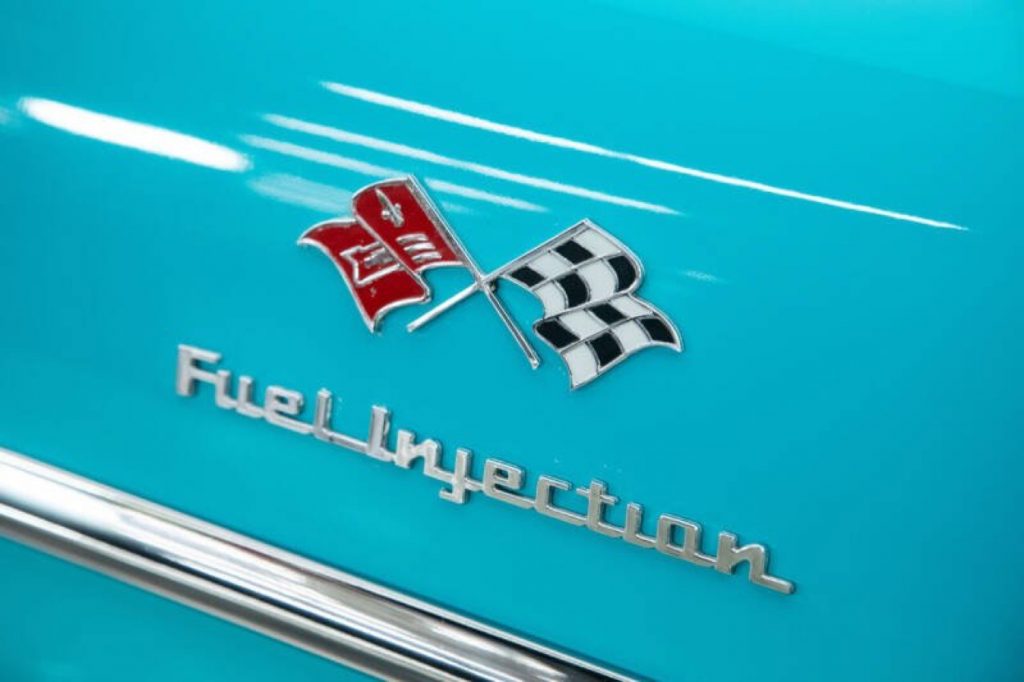 The recipient of an extensive frame-off restoration, this 1957 Chevy Nomad is equipped with its original sheet metal, which is covered in Tropical Turquoise code 811 paint, making it every inch a head-turner. Making it roll are 14-inch steel wheels fitted with spinner hubcaps and whitewall tires, while a front fender antenna and tons of polished trim finish off the iconic look. 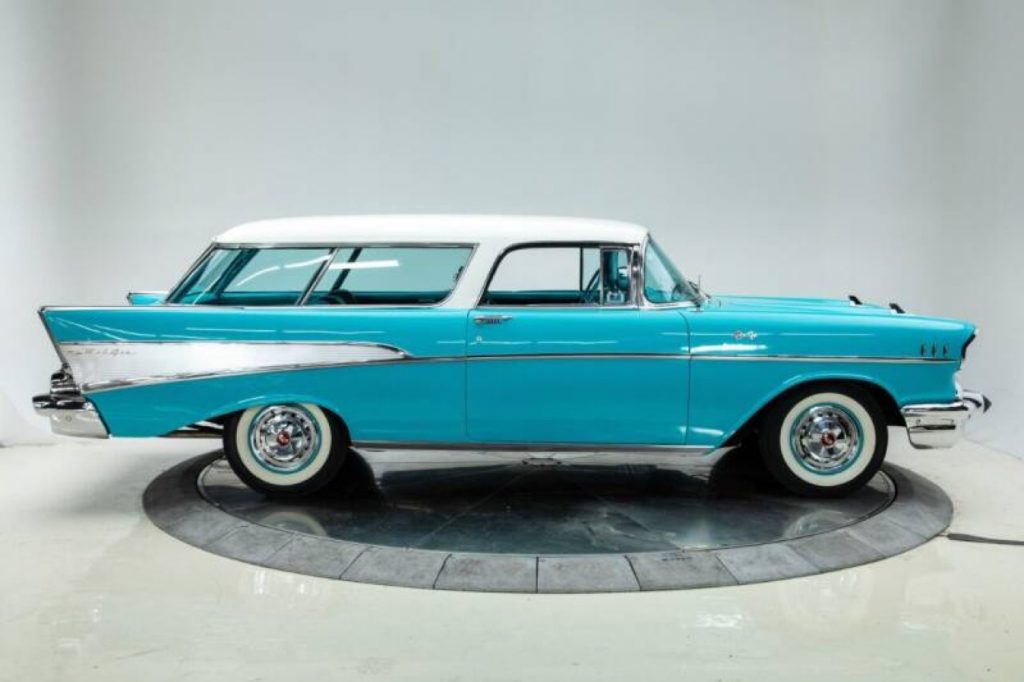 The cabin space matches the exterior with turquoise and silver coloring for the cloth and vinyl upholstery. This model comes with the optional AM Wonder Bar radio, which unfortunately does not work, but looks nice all the same. This Nomad also features the optional Autronic Eye headlight dimmer as well, and a functional optional driver-side spotlight. Further extras include a tissue dispenser, a dash-mounted compass, and a clock, not to mention rare power windows. 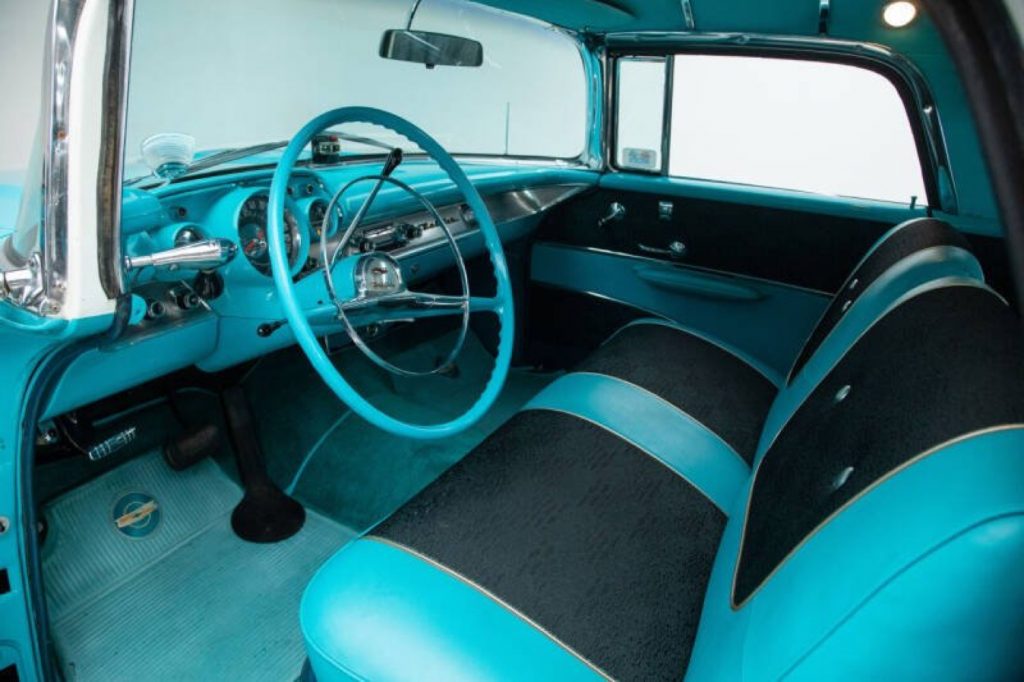 The motor sits in a nicely detailed engine bay, and shows off the factory fuel-injected 283 V8, making this example one of the more collectible versions of the Chevy Nomad out there. The ‘eight feeds the rear wheels by way of a Powerglide automatic transmission, which connects to a 3.08 open rear end. 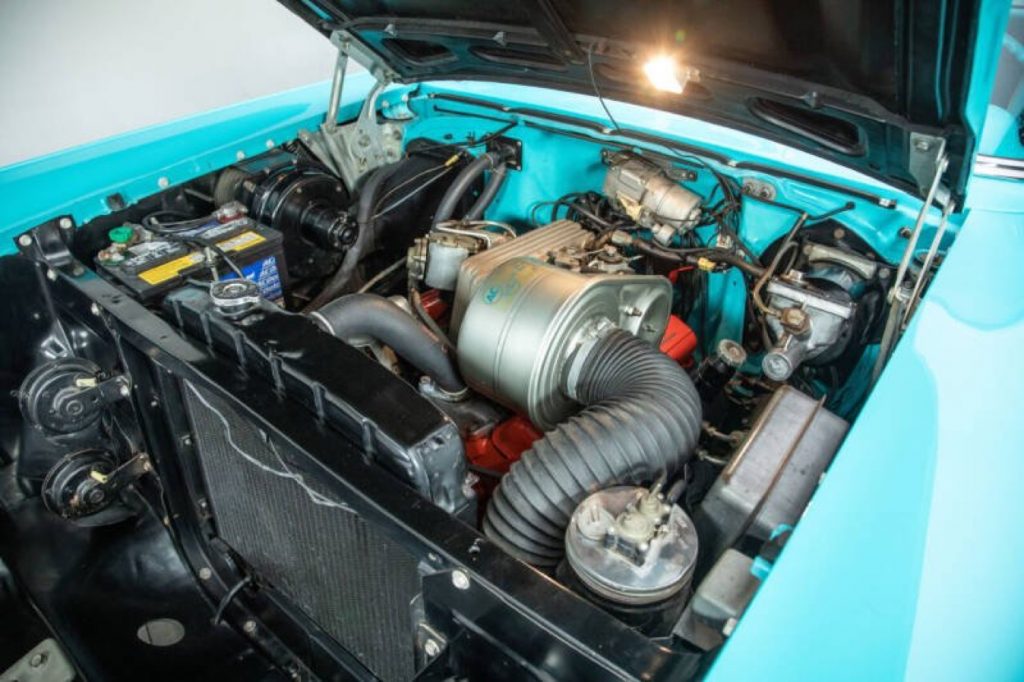 Final touches include power front brakes and rear drums, plus power steering. The whole thing has just 39,483 miles on the clock.

“The previous owner loved and cherished this car for many years, so if you are looking for that great driving and running 57 Chevy Nomad that has a lifetime of cruising pleasure left in it, this one would be a joy to own,” the seller states.