Tuning options for the C8 Corvette are, for the moment, quite limited. While some brave owners and tuning shops have experimented with installing turbochargers on the car, the vehicle’s encrypted ECU limits the payoff that pricey upgrades like these can have and can also make tuning the car a risky endeavour.

Now Kansas City-based company ProCharger claims to have developed a solution to the problem. The company’s new centrifugal supercharger system for the C8 Corvette is allegedly capable of boosting the output of the factory GM 6.2L LT2 V8 engine from 495 horsepower to over 700 horsepower. The details on this new C8 Corvette compatible supercharger system are slim for the moment, but the company says that it will be a bolt-on intercooled system that can run on pump gas. 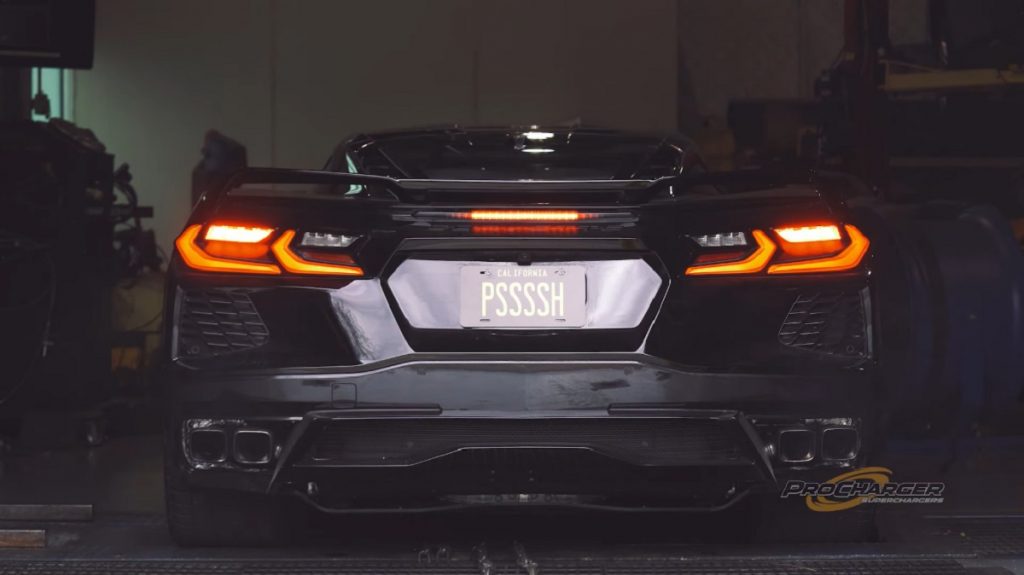 ProCharger also released a video this week of one of its supercharged C8 Corvette development cars revving and doing a burnout, which was accompanied by the tagline: “What does a 700 horsepower LT2 sound like?”

“Thanks to the amazing engineers at ProCharger, the world’s first bolt on supercharger system for the Corvette C8 platform, is just around the corner,” the company said on its website.

While tuners have yet to unlock GM’s encrypted ECU for the C8 Corvette, it’s good to see the aftermarket figuring out new ways for owners to boost the performance of the new mid-engine sports car. After all, tuning and modifying has always been a big part of the Corvette culture, and there’s no reason for that to go away with the C8 Corvette.

We’re still waiting on ProCharger to release details on pricing and availability for its new supercharger system, so for now, check out the video embedded below to see and hear the company’s C8 Corvette development car in action.