General Motors Canada and Unifor have agreed to a new tentative agreement that will see vehicle production return at Oshawa Assembly.

Under the new agreement, which has yet to be ratified by Unifor members, GM Canada will invest $1 billion-$1.3 billion CAD in the Oshawa Assembly plant to begin manufacturing pickup trucks at the facility. GM Canada did not say which of its pickup truck models would be built at Oshawa Assembly. The plant previously handled the final assembly of the GM K2XX-based Chevrolet Silverado 1500 and GMC Sierra 1500 for local Canadian consumption. 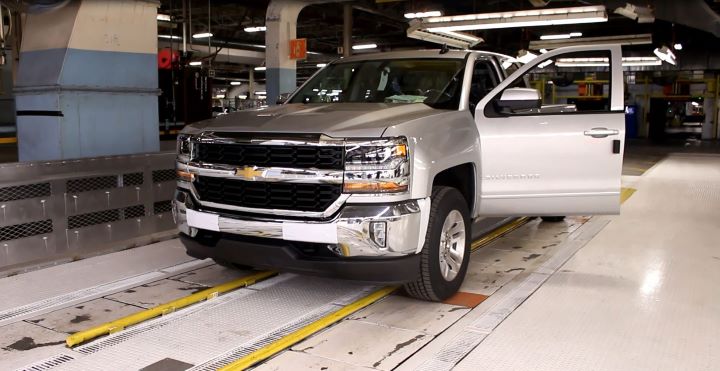 In addition, GM Canada will also invest $109 million CAD in its St. Catharines propulsion plant to “support added engine and transmission production,” the automaker said, along with $500,000 in its Woodstock Parts Distribution Centre to support continued operations at the facility. Unifor had previously expressed a desire to obtain new future production for St. Catharines to replace the six-speed automatic transmission that is built there, which is expected to go out of production in about 18 months or so.

“Subject to ratification of our 2020 agreement with Unifor, General Motors plans to bring pickup production back to the Oshawa Assembly Plant while making additional investments at the St. Catharines Propulsion Plant and Woodstock Parts Distribution Centre,” GM Canada president and managing director Scott Bell said in a prepared statement. “GM Canada plans to continue discussions with the Ontario and federal governments. We look forward to working closely with Unifor on these projects following ratification of our tentative 2020 agreement,” he added.

Construction at Oshawa Assembly is expected to begin immediately. Upgrades to the plant will include a new body shop and new flexible assembly module, which will “support a fast response to strong customer demand for GM’s new family of pickup trucks,” the automaker said.

GM shut down Oshawa Assembly in 2019 after it killed off the Chevrolet Impala and Cadillac XTS sedans that were built there. As noted previously, the plant also completed final assembly of the K2XX Chevrolet Silverado and GMC Sierra pickups, which were sold alongside the newer GM T1-based Chevy and GMC trucks as a cheaper alternative. The automaker has been using the floor space in the facility for parts production and facemask production throughout 2020.