While four-figure output numbers and million-dollar paint jobs are all well and good, there’s also something to be said for a well-executed street cruiser. Take this bagged and slammed Chevy C10 as one great example.

This particular 1964 Chevy C10 was built by Adrian, who actually owned a classic Datsun before the long bed pickup seen here. However, after discovering the Chevy at a body shop next door to his work, Adrian made the switch to the Bow Tie brand and never looked back.

The first thing that stands out is the patina, which was rendered by a local body shop and looks fantastic on the Chevy C10’s body panels. The truck now rides on 20-inch US Mag wheels with a textured copper finish on the face that matches the patina on the body perfectly. Details include a new side exit exhaust – although Adrian previously had the exhaust dumping under the cab, he decided to go with the side exit to keep it slightly more civil on the street. 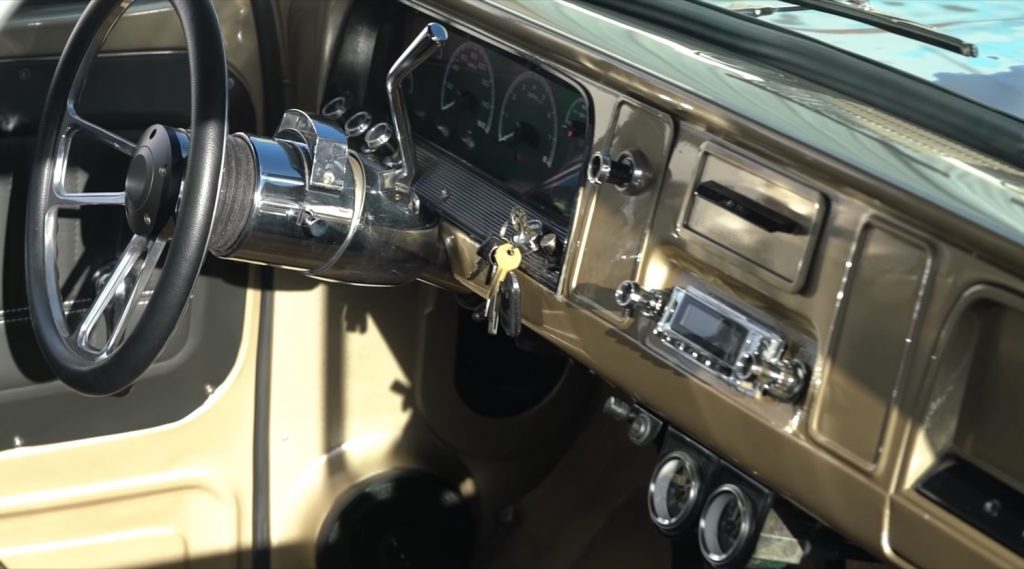 Inside, we find a clean interior with a light gold finish. The steering wheel is new, while the interior dash and doors were repainted in a matching champagne color. There’s also a new set of TMI bucket seats and new Dakota Digital gauges, plus a retro-style stereo system with modern features like Bluetooth. 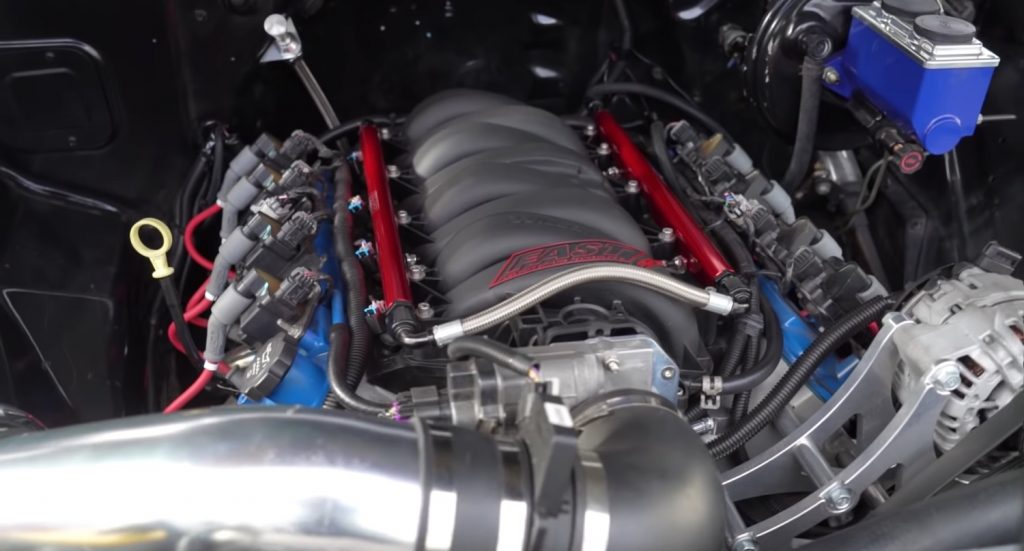 When he first bought it, Adrian’s Chevy C10 was equipped with a 327 V8. “It was a pretty cool little motor to cruise around in, and just recently I decided go with the LS swap on it,” the owner explains. The LS3 was upgraded with a 265 cam, performance headers, a new intake, and a custom tune. The setup is designed for cruising, but it still has the right stuff to burn rubber if asked, and it looks super clean under the hood as well. 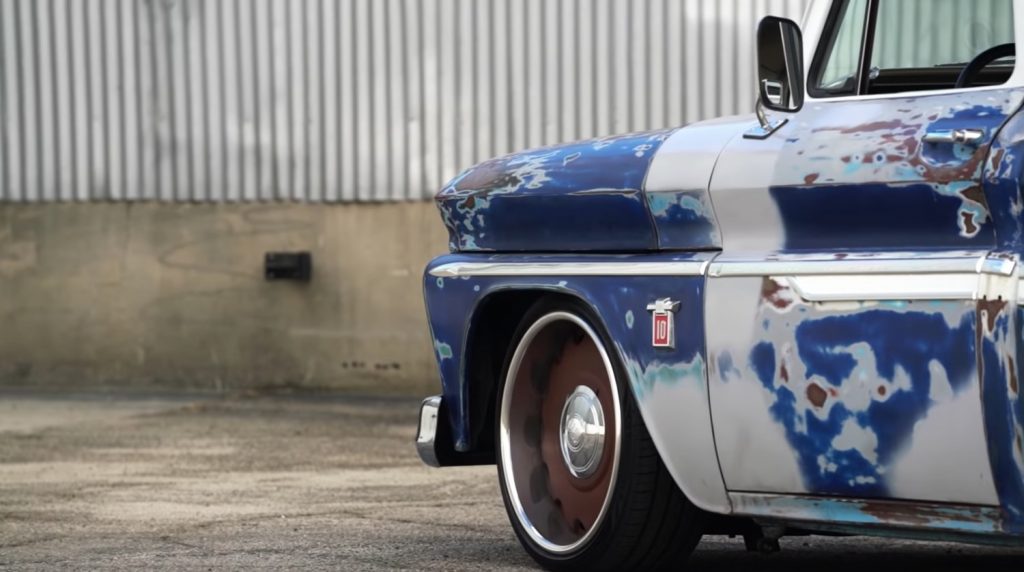 Naturally, the Chevy C10 rides on bags, but it keeps the stock frame and stock A arms as well. Baer brakes on all four corners haul it down.

Adrian says there’s still a ways to go on his build, with future plans including an actual bed in back and a four-link suspension as well. Regardless, this thing commands attention on the street, and it sounds phenomenal as well, so hit play and check it out.