The Mazda Miata is a fairly common recipient of General Motors LS V8 engine swaps, but it seems many V8 Miata owners choose to build their cars for the road course rather than drag strip.

Holley’s YouTube channel recently caught up with Brad Wiggins, who is known for breaking the handling-focused Mazda Miata mold with his MX-5 based drag cars. Wiggins latest build is an NC Miata that has a GM 6.2L LS3 V8 under the hood, which is hooked up to a rear-mounted 78mm turbocharger and nitrous. The engine also has new rods and pistons, a Holley EFi intake, Holley Dominator ECU and a GM 4L80-E four-speed automatic transmission. 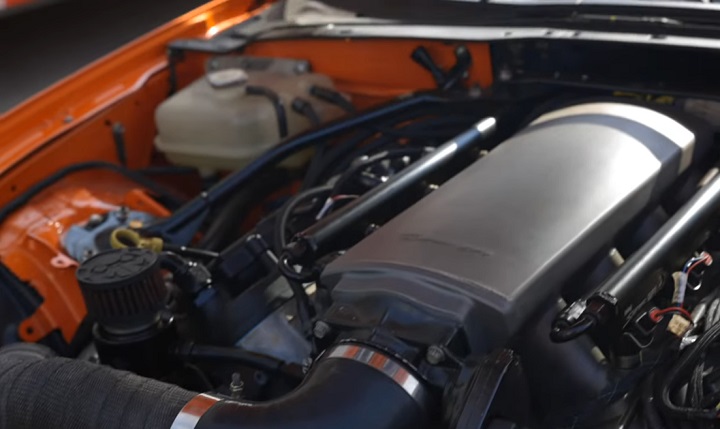 Thanks to the Holley traction control system and Hoosier drag slicks, Wiggins’ Miata has no problem putting this setup’s impressive power to the pavement. In the Holley video, take at the recent 2020 LS Fest East event, Wiggins anticipated his Miata would be good for a time of about 8.90 or so. 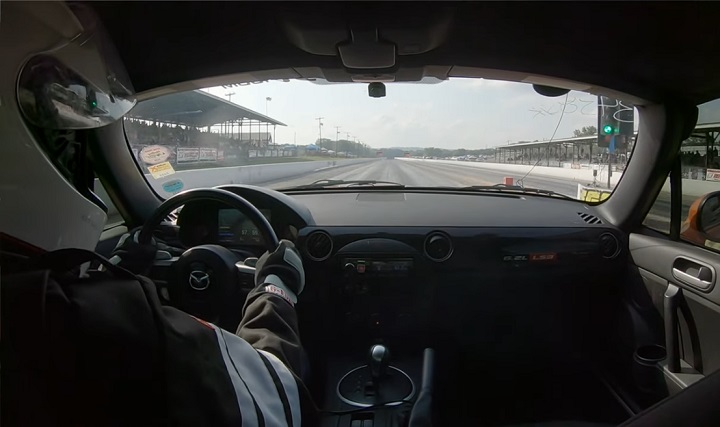 The coolest part about Wiggins’ bright orange Mazda Miata, in our opinion, is that it looks mostly stock. If ever changed the wheels to something more road-car worthy and took off the rear spoiler/parachute, there’d be no way to tell that the Japanese roadster was capable of beating most muscle cars in the quarter-mile. It looked even more unsuspecting before Wiggins cut two big nostrils into the hood, but the boosted LS3 was getting too hot nestled in the car’s tight engine bay, so he had to let it breathe a bit. 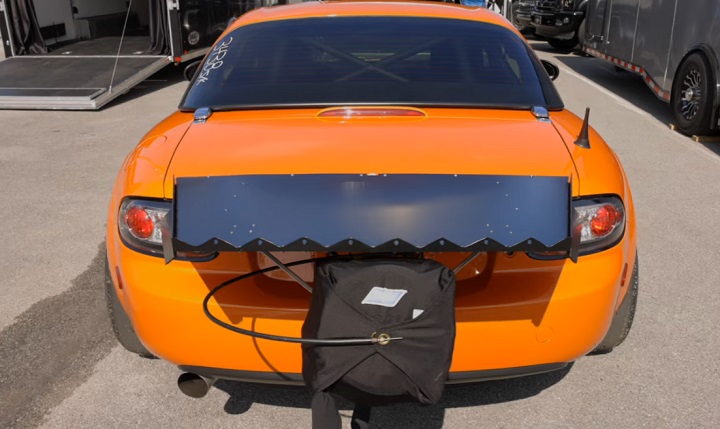 Check out the video embedded below to hear more about Wiggins’ unique Miata drag car and see it in action an LS Fest East.