The Chevrolet New Roads Magazine has an ongoing series called “Legends of Chevy Trucks,” that aims to document the Bow Tie brand’s truck history. So far the series has covered trucks like the 1955 Task Force line and 1973 C/K Square Body, but now the magazine’s editors have turned their attention to something a bit more recent: the 1983 Chevy S-10.

According to General Motors, the idea for the Chevy S-10 came about after the automaker realized that full-size trucks like the Silverado were quickly becoming larger and more capable, leaving space for a smaller and cheaper product. While the S-10 was much tinier than a full-size truck, it was “still heavy on the styling cues that helped larger Chevy trucks radiate toughness,” the automaker says, featuring a simple rectangular grille with a prominent bowtie emblem, a squared-off cab and bed shape and two-tone paint schemes. 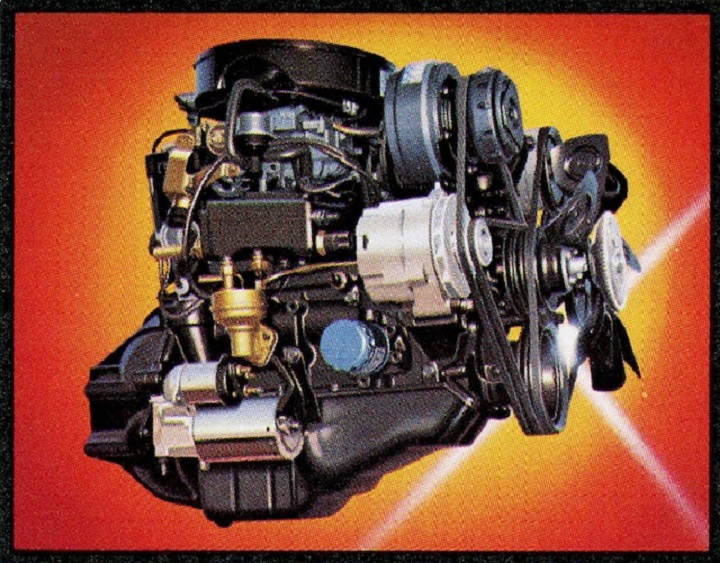 The base engine was a naturally aspirated 2.0L four-cylinder, which produced a very modest 83 horsepower and 108 pound-feet of torque. Chevy also offered a 2.8L V6, however, which was good for 110 horsepower and a respectable 145 pound-feet of torque. This engine made most of its torque low in the rev range, giving the tiny truck a 1,625 lb payload capacity and enabling it to tow up to 5,000 pounds. Another impressive feature (at the time, anyway) was the so-called “Insta-Trac” four-wheel-drive system, which allowed the truck to shift between 2 high and 4 High while it was moving.

The Chevy S-10 actually had a decent list of available options, despite it being positioned as a utilitarian work truck, including air conditioning, power windows, power door locks, power steering. Marketing brochures for the truck also bragged of its 23-degree seatback angle, which was more comfortable than the upright seatbacks of many pickups of the day, and claimed the truck has more legroom than some rival full-size trucks at the time.

The Chevy S-10 is no longer sold, however the Chevy Colorado serves a similar role, giving customers who do not want or need a full-size truck a smaller and more efficient alternative.