Kia recently announced it was developing a new open-top all-terrain vehicle (ATV) for military use. The new military-spec ATV is based on the South Korean automaker’s Mohave SUV chassis, but concept pictures reveal a surprisingly familiar design – in fact, the new Kia ATV looks just like the GM Infantry Squad Vehicle, otherwise known as the GM ISV. 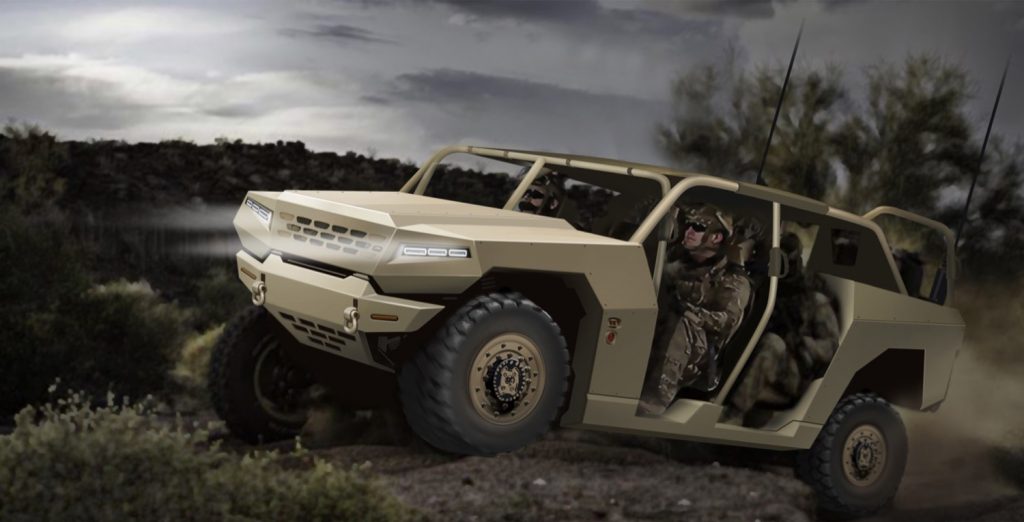 Kia says it has a conceptual brief for its new military ATV, with plans to introduce a prototype model early in 2021.

“The developed ATV will not only be deployed for military purposes, but will also be used in various fields, such as industrial and leisure sectors, drawing on the bare chassis from the robust Kia Mohave SUV,” the automaker states in a recent press release.

Pictures of the new military-spec Kia ATV show a front fascia design that looks just like the GM ISV, including the thin, drawn-back headlamps, the angular body components, and a prominent front skid plate. Behind the hood, soldiers sit under a metal tube framework with open access on either side of the body. Interestingly, it looks as though the Kia vehicle has space for five to six passengers, whereas the GM ISV can sit nine soldiers total.

Back in June, General Motors was awarded a $214.3 million government contract to build the new GM ISV for the U.S. Army. Based on the Chevy Colorado ZR2, 90 percent of the GM ISV uses commercial-off-the-shelf parts, including various suspension components like the MultiMatic DSSV dampers.

In addition to rapid deployment on the battlefield, the GM ISV is designed to fit inside a CH-47 Chinook helicopter. It’s also light enough to be sling-loaded under a UH-60 Blackhawk helicopter.

As GM Authority covered previously, the first units of the new GM ISV were delivered to the U.S. Army this month.