A few days days after the 53rd BF Goodrich Score Baja 1000 Mexican off-road race which took place on November 17th to 20th, Hall Racing has shared with us two videos to Facebook showing the level of preparation required for the 2019 Chevy Colorado ZR2 chase truck, known as Chase 7, which GM Authority first described back in May. 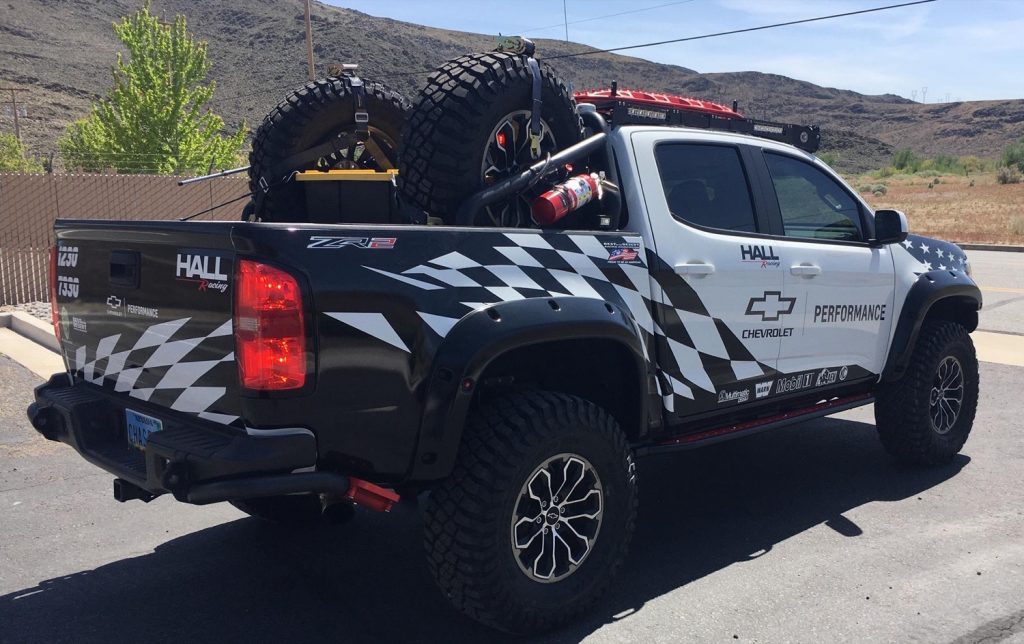 As Program Manager for Chevy Racing off road programs, Jim Lutz, shows off Chase 7, it becomes immediately clear just how much talent, effort and equipment are needed for the 2019 Colorado ZR2 to do its job effectively. The chase truck carries any equipment necessary to support the race-going trucks. Meanwhile, the racer carries its own spare wheels/tires as well as any necessary fuel.

The first video shows Chase 7’s Edelbrock E4 supercharger, which “helps us pass when we need to”. The extra power it creates partly compensates for the weight added by a tremendous amount of kit, including a shovel, fire extinguishers, a first aid kit, fuel cans and about as many extra lights as could possibly be fitted to the vehicle.

Jim also tells GM Authority that he has various other items installed on the Chase 7 Colorado ZR2 Chase Truck not detailed in the videos, including:

The second video focuses on the interior of the Colorado ZR2 chase truck, which is loaded with many extra items, including radios, a GPS system, a satellite phone and the items considered indispensable in any motorsport activity, snacks and drinks.

As with all vehicles of its type, the Colorado ZR2 chase truck needs to carry all this gear over the same terrain as the racing trucks. Helping it to achieve that are its 35-inch BF Goodrich tires, which sit under the wide HighMark Fender Flares from AEV. Short for American Expedition Vehicles, AEV is the off-road aftermarket manufacturer that collaborated with Chevrolet to produce the Colorado ZR2 Bison. 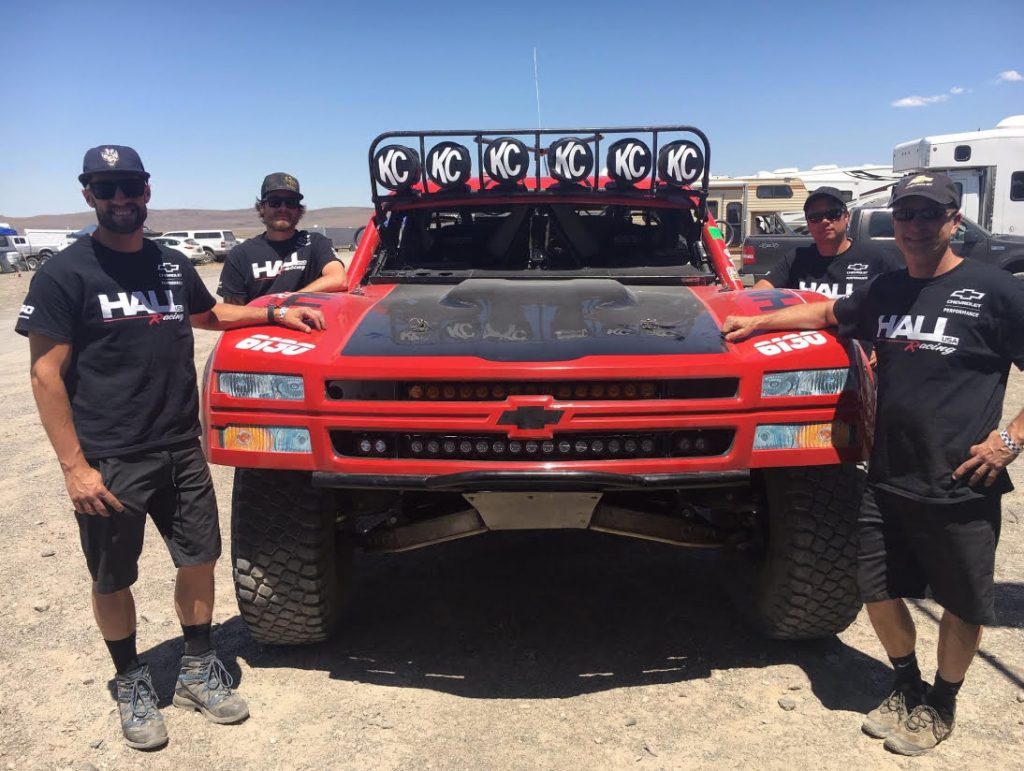 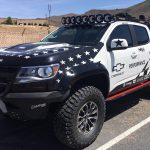 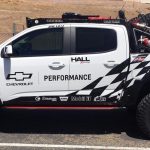 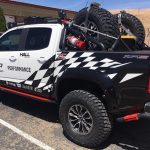 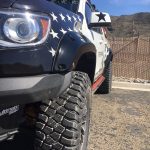 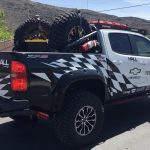