One of the highlights from the 2019 SEMA Show was the Chevy E-10 Concept – a battery-electric pickup truck that was based on a 1962 Chevy C-10 and featured a concept version of the Electric Connect and Cruise eCrate powertrain.

General Motors recently shared a video of the Chevy E-10 Concept hitting the public streets after its debut at last year’s SEMA Show. This video is part of the SEMA360 online exhibition, which was held in place of the in-person SEMA Show after it was canceled due to the COVID-19 pandemic. 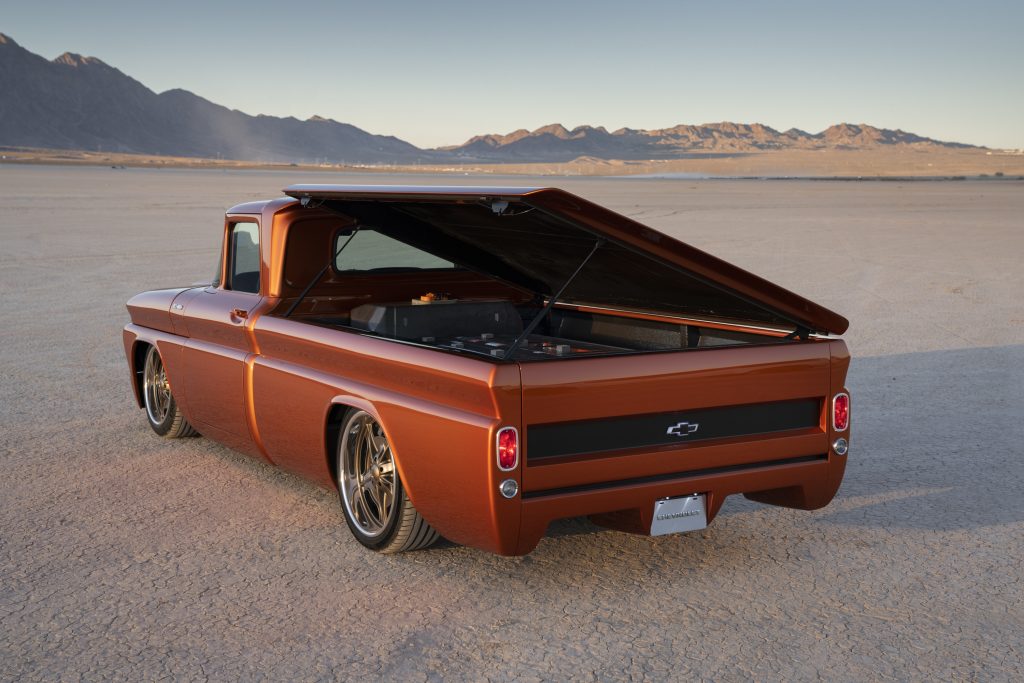 The Chevy E-10 features a concept version of the Electric Connect and Cruise package that GM announced at SEMA360 this year. The concept powertrain consists of two Chevrolet Performance concept electric crate motors, two 400-volt 60 kWh lithium-ion batteries mounted in the bed and a conventional SuperMatic 4L75-E four-speed automatic transmission. GM estimates this dual-motor powertrain is good for up to 450 horsepower, giving the truck a 0 to 60 mph time of around 5 seconds. It can also complete the quarter-mile “in the high 13 second range,” under ideal conditions, the automaker says. 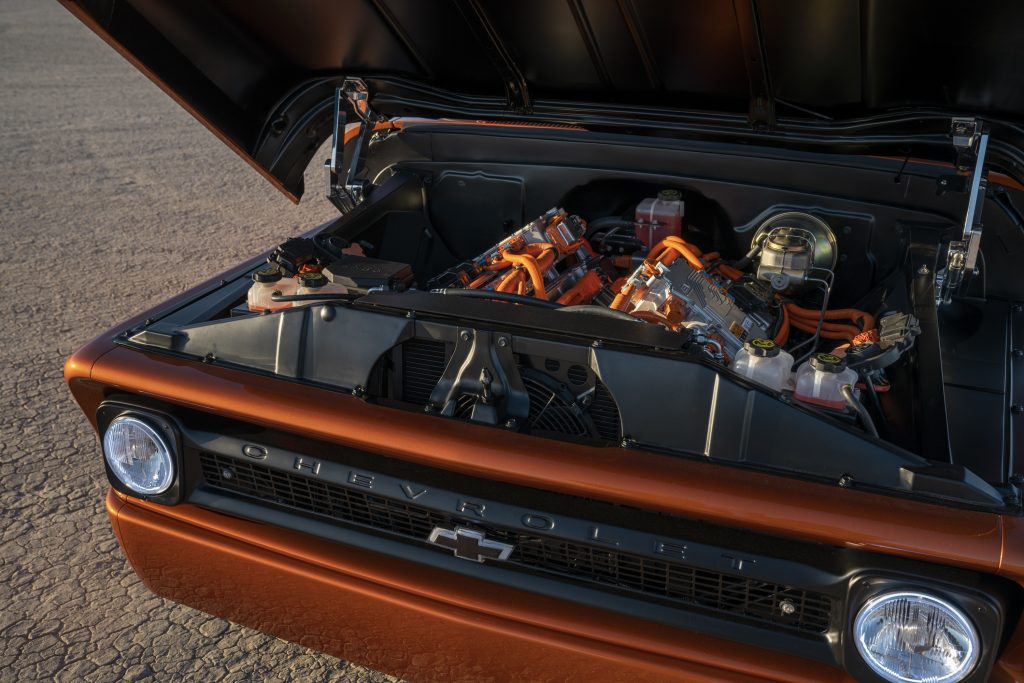 Chevrolet Performance presented the production version of this Electric Connect and Cruise package during SEMA360 this year. This eCrate package is essentially a plug-and-play version of the Chevy Bolt EV powertrain and uses a single 200 horsepower electric motor and 60 kWh battery. The automaker installed this package in an otherwise stock Chevy K5 Blazer for SEMA360, demonstrating how an eCrate package like this can be used to easily convert an old V8-powered classic like the Blazer into an earth-friendly EV. 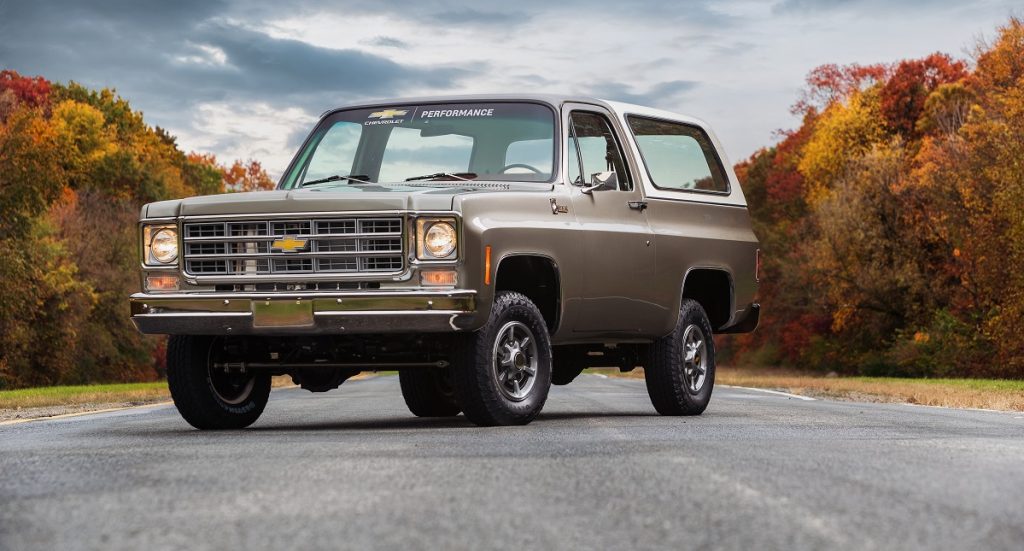 The future of the eCrate program is looking promising, but the Chevy E-10 concept was where this new Chevrolet Performance program truly began. Check out the video embedded below to see the unique concept show truck in action.