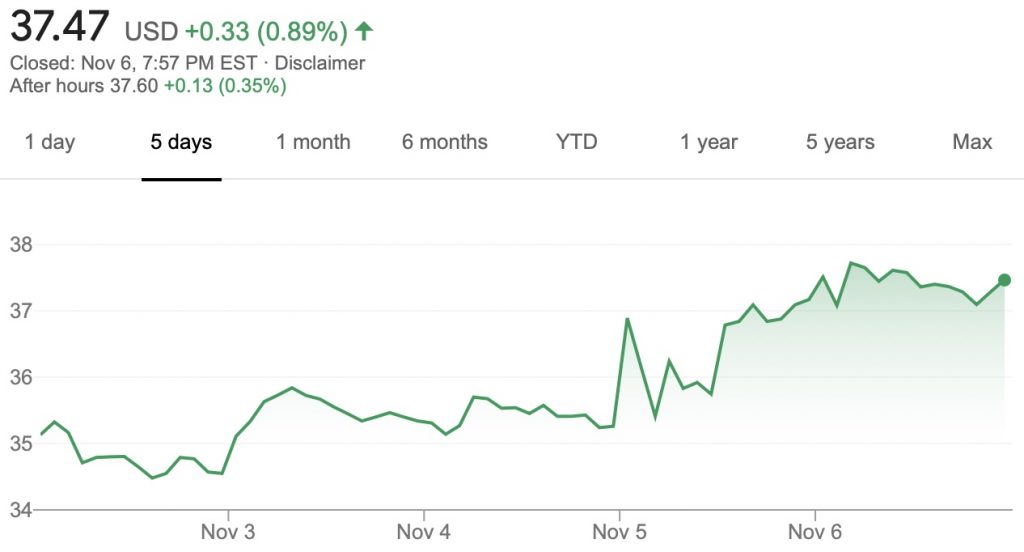 By comparison, shares of GM’s cross-town rival, the Ford Motor Company, grew $0.06 per share, or less than 1 percent, during the November 2nd, 2020 to November 6th, 2020 timeframe. It’s worth mentioning the fact that The Blue Oval recorded a better U.S. sales performance during Q3 2020, beating out all three fellow domestic automakers: GM, FCA, and Tesla.

Two rather significant GM stock factors this week would be the rather uncertain results of the 2020 presidential election, which went to Joe Biden as of this writing, along with GM’s Q3 2020 earnings, which are headlined by a $4 billion income on $35.5 billion in revenue. Compared to the third quarter of 2019, these results represent a 74 percent jump in income on equal revenue.

Additionally, General Motors president Mark Reuss confirmed that the automaker was still in discussions to form a partnership with Nikola, during a recent conference call with analysts. Notably, Nikola shares were up by 10 percent following the statement. GM has so far maintained its position regarding its strategic partnership with Nikola and the electric truck startup’s controversial woes.

Several weeks ago, we reported on GM’s agreement to repay $28M in state tax incentives as well as a renegotiation of the Nikola Motor Company deal, wherein The General would get an increased stake in the electric pickup truck startup. As reported, Nikola Motor Company shares fell following claims that company founder, Trevor Milton, overstated the startup’s tech capabilities, while GM held its ground and maintained its support of the agreement. Mr. Milton has since stepped down and the Securities and Exchange Commission and U.S. Department of Justice have begun their investigations. Currently, Nikola stock is valued at $19.58 per share, after reaching $50.05 on September 8th and falling to $17.88 on September 29th.

Electric vehicle startup Lordstown Motors recently began publicly trading on the NASDAQ as “RIDE.” This may seem favorable to investors, as GM previously announced it would invest $75 million into the EV startup, including $25 million in cash, and $50 million in production plant assets permits. GM also appointed new personnel this week, with Paul Jacobson stepping in as the new executive Vice President and CFO.

The optimistic projections followed GM’s plan to roll out an electrified portfolio, which includes an electric van, a Chevrolet EV pickup truck, the GMC Hummer EV as well as the aforementioned Cadillac Lyriq, which was revealed in August and should have a starting price of under $60,000. Shortly before the reveal of the all-new GMC Hummer EV pickup truck on October 20th, GM stock prices were up 6.75 percent to $35.60 per share before continuing on to a weekly high of $38.03 on Friday morning, October 23rd. 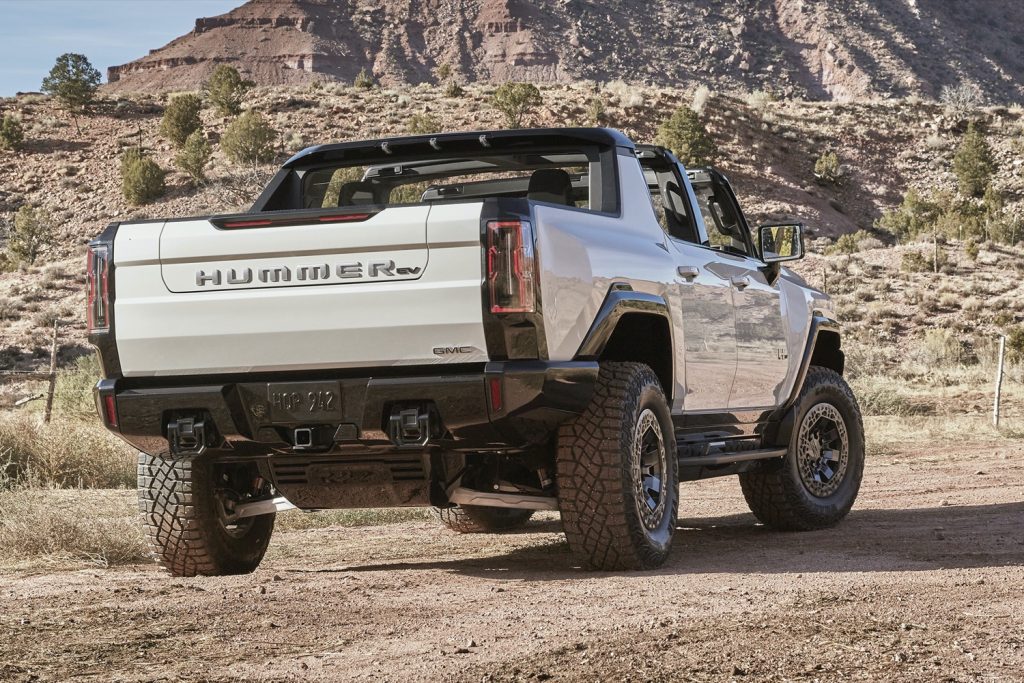 GM has also resumed construction at the site of its Canada McLaughlin Advanced Technology Track in Oshawa, Ontario after it was forced to postpone the project due to the COVID-19 pandemic. GM’s decision to begin producing trucks at the Oshawa plant has sparked a sense of concern amongst U.S. workers, who are now anxiously anticipating volume reduction. GM announced this week that it would invest between $1 billion and $1.3 billion in the GM Oshawa Assembly plant in order to begin producing the Chevy Silverado and GMC Sierra pickup trucks there.