Back in June, it was announced that the U.S. Army had awarded General Motors with a contract to build the new Infantry Squad Vehicle, or ISV. The GM ISV is heavily based on the Chevy Colorado ZR2 off-road pickup, including 90 percent commercial-off-the-shelf components. Among these are the MultiMatic Dynamic Suspensions Spool Valve (DSSV) dampers developed for the civilian-spec Colorado ZR2. However, it was recently revealed that the GM ISV’s DSSV dampers actually use a unique tune that’s specific to the military-spec vehicle.

That’s according to GM Defense chief engineer Mark Dickens, who addressed the suspension tuning differences during the recent media event held to commemorate the first delivery of the GM ISV to the U.S. Army last month.

According to Dickens, the tuning differences for the GM ISV’s DSSV dampers stems from the military vehicle’s higher Gross Vehicle Weight Rating (GVWR), given the GM ISV weighs more than a standard, unladen Chevy Colorado ZR2. The custom suspension tuning enables the GM ISV to have greater suspension travel.

To note, GM’s DSSV damper technology replaces the shims of a conventional damper with a spool valve, which provides greater consistency between dampers and more precise control as well.

As GM Authority has covered previously, General Motors was awarded a $214.3 million production contract to build, field, and sustain the new ISV for the U.S. Army, which is designed to rapidly deploy a nine-Soldier infantry squad and their gear on the battlefield. The GM ISV features special mounting points that allow it to be sling-loaded under a UH-60 Blackhawk helicopter, and it’s designed to fit inside a CH-47 Chinook helicopter. 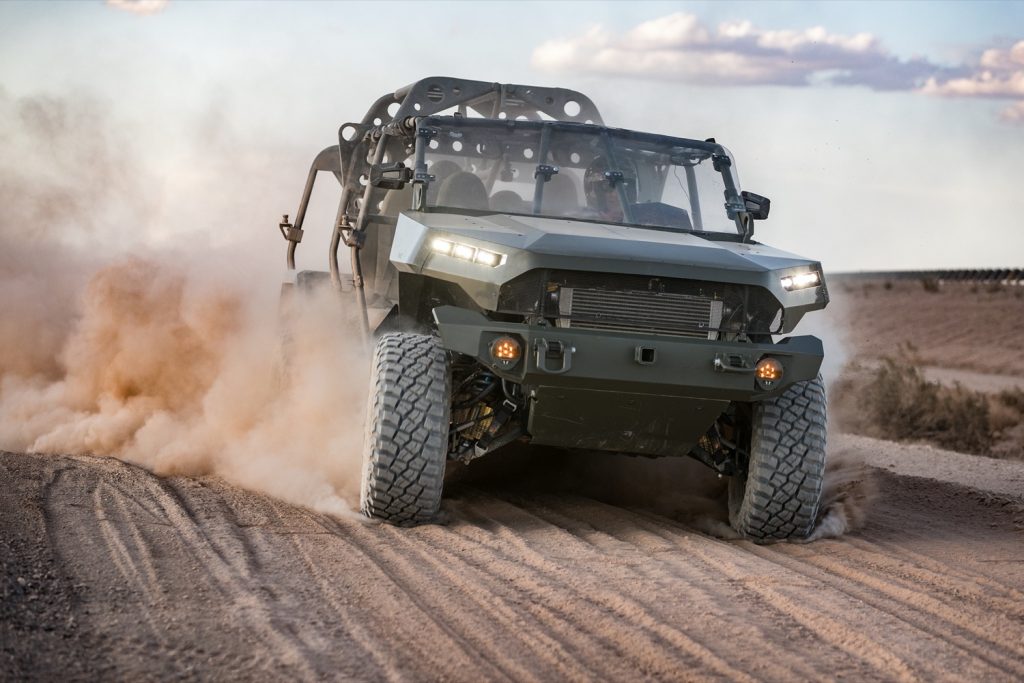 The first 27 units of the new GM ISV will be produced in Michigan, while long-term production is set for North Carolina.