GM has published on social media a design sketch which is unlikely to show a future Cadillac production model but may indicate a styling direction for the brand in the coming years. 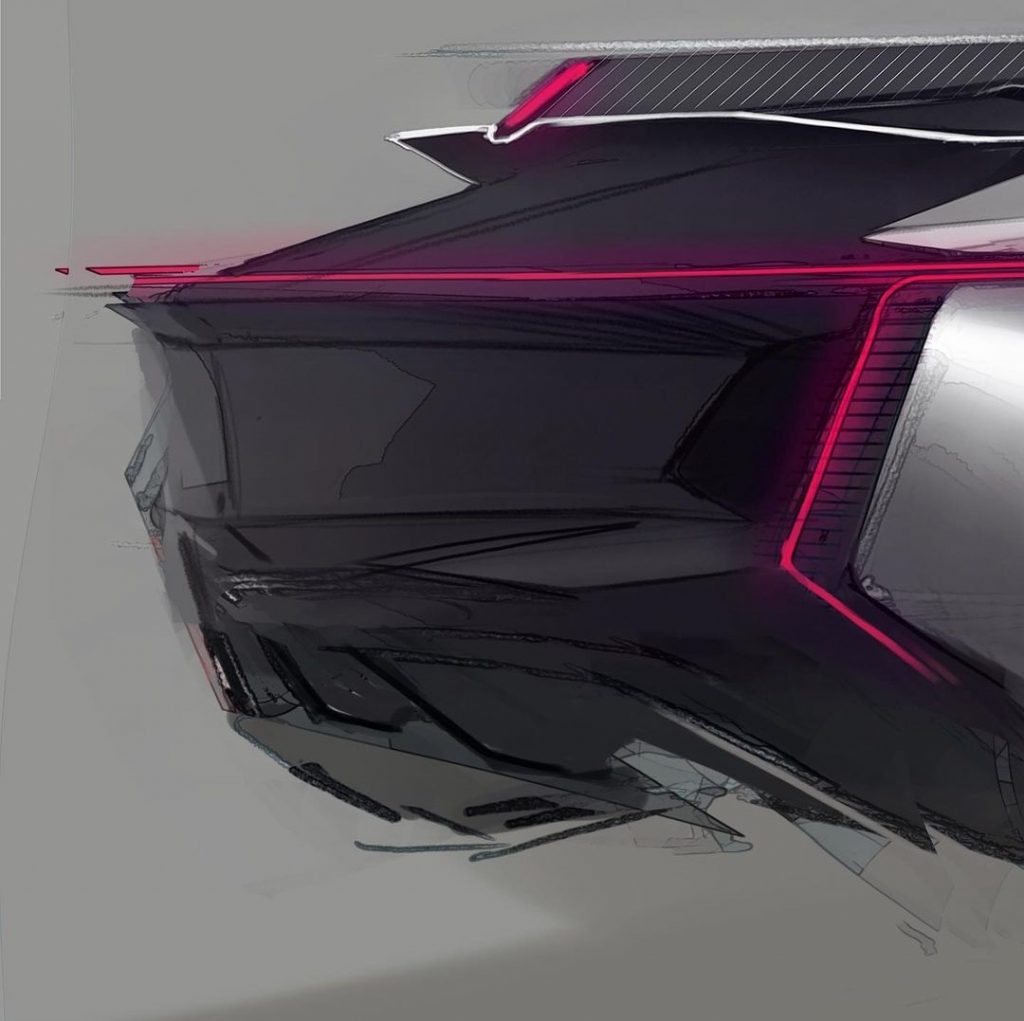 The design sketch, rendered by GM Creative Designer Darby Barber, shows an un-named hypothetical crossover concept, perhaps one or two generations ahead of the production model represented by the Cadillac Lyriq show car. Since the sketch shows a rear three-quarters view, it’s impossible to tell what Barber imagines the front end of the future Cadillac will look like, but the rear suggests a leaner version of the Lyriq, though some might argue that it appears to be a more angular version of the CT4. 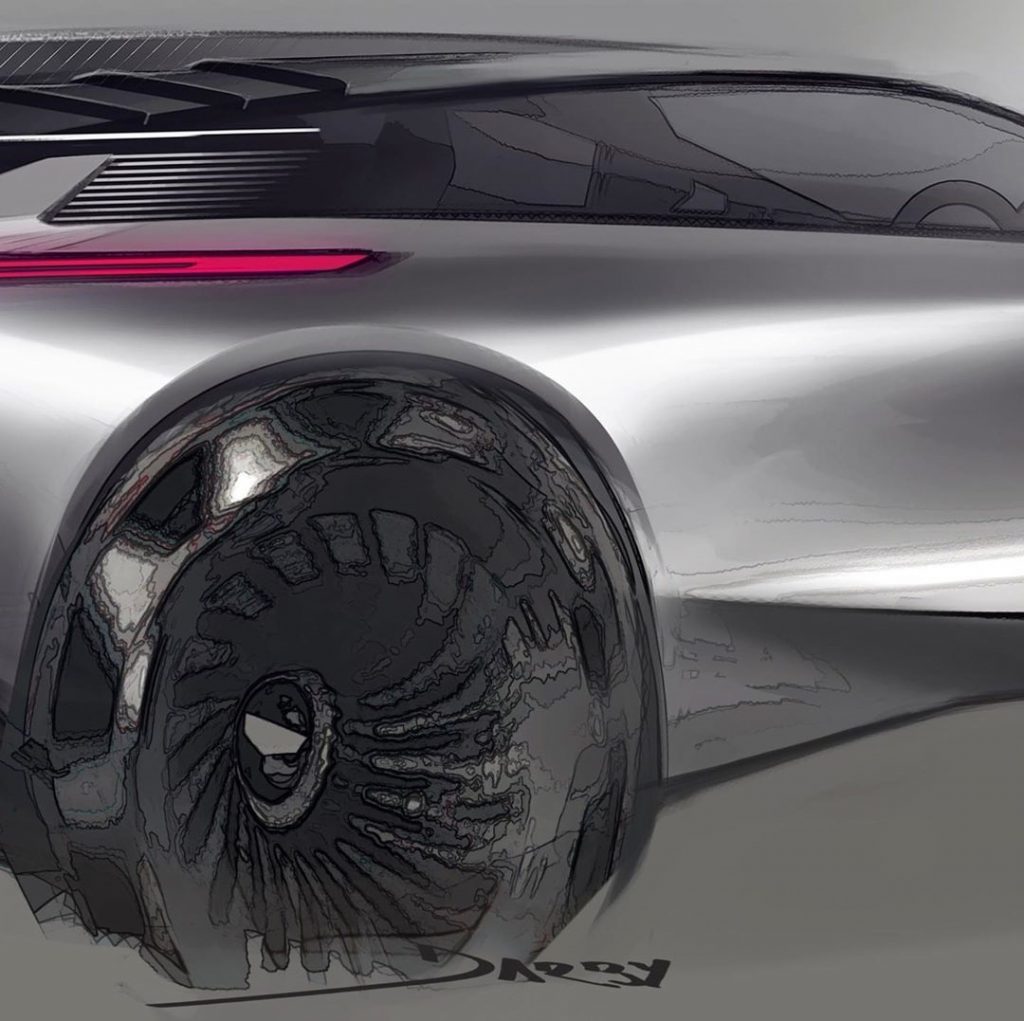 The tail lights wrap around the rear corners and extend along the haunches, finishing above the center point of the enormous rear wheels. Speaking of the wheels, they are well over double the height of the side glass, leading us to hope that a future Cadillac looking anything like this would have cameras and sensors galore as standard.

The area that would typically contain the doors features aggressive surface detailing, with a prominent air/heat extractor just aft of the front wheels, which are every bit as formidable as the rears. 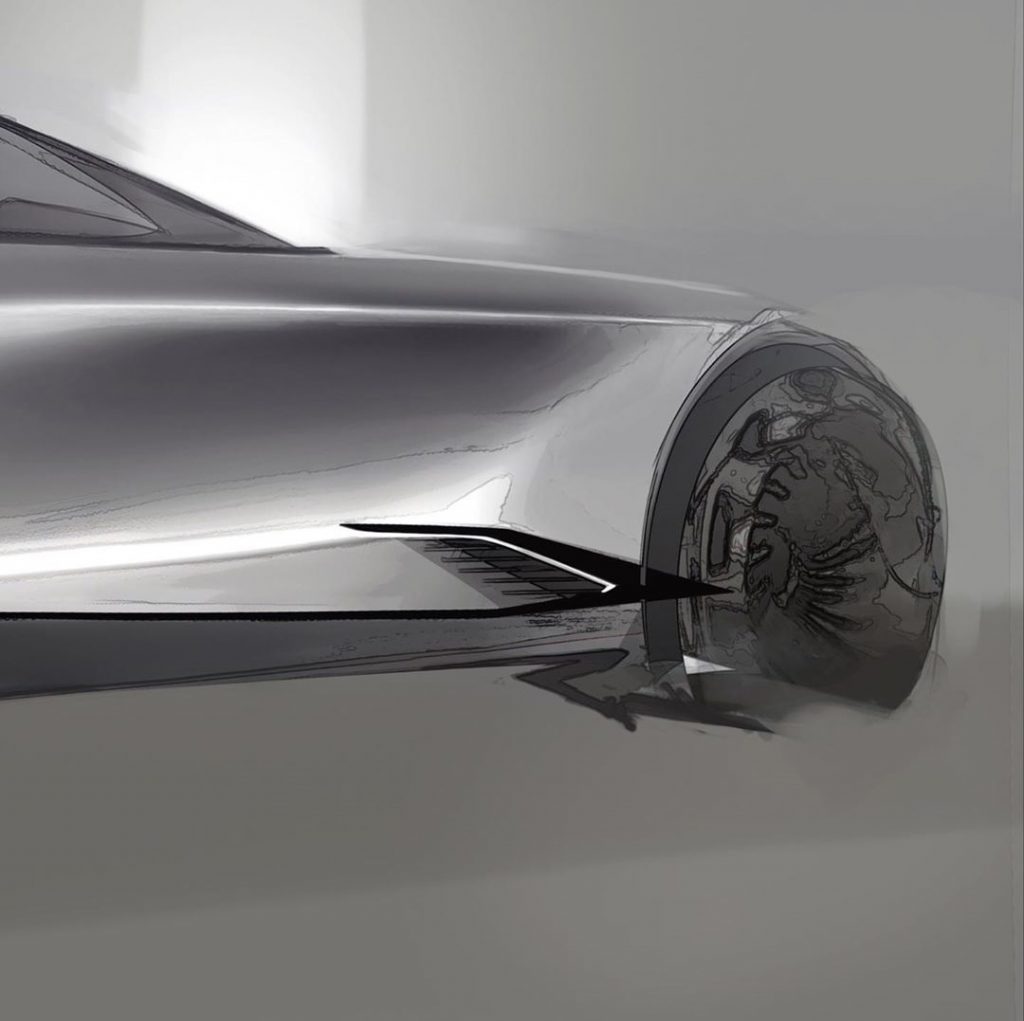 The “cab rearward” design gives the concept a slightly dragster-like appearance; it may be significant that Barber is an auto racer in her spare time. Those proportions combine with the very low roofline and extensive wheelbase to give a feeling of great length. The Lyriq may be long and low enough by most standards, but this future Cadillac concept takes the direction to new extremes.

The chances of this sketch directly translating to a forthcoming Cadillac model are next to zero, but perhaps one day we will look back at it and realize that it was the source of soon-to-be-familiar future Cadillac design details.

Want the latest on all things Caddy? Then subscribe to GM Authority for more Cadillac news and around-the-clock GM news coverage.