As GM Authority reported previously, GM stock value grew between November 16th, 2020, and November 20th, 2020, closing the week at $43.04 per share for an increase of five percent, or $1.85 per share, as compared to the previous week’s closing value of $41.19. The recent GM stock performance marks a third consecutive week of growth.

General Motors has been making headlines recently in promoting a company-wide move towards electrification and new all-electric vehicles. During the recent Barclays 2020 Global Automotive Conference, the automaker outlined plans to introduce 30 new all-electric vehicle models by 2025, two-thirds of which will be sold in North America. The new EV products will include models sold under the Buick, Cadillac, Chevrolet, and GMC brands. 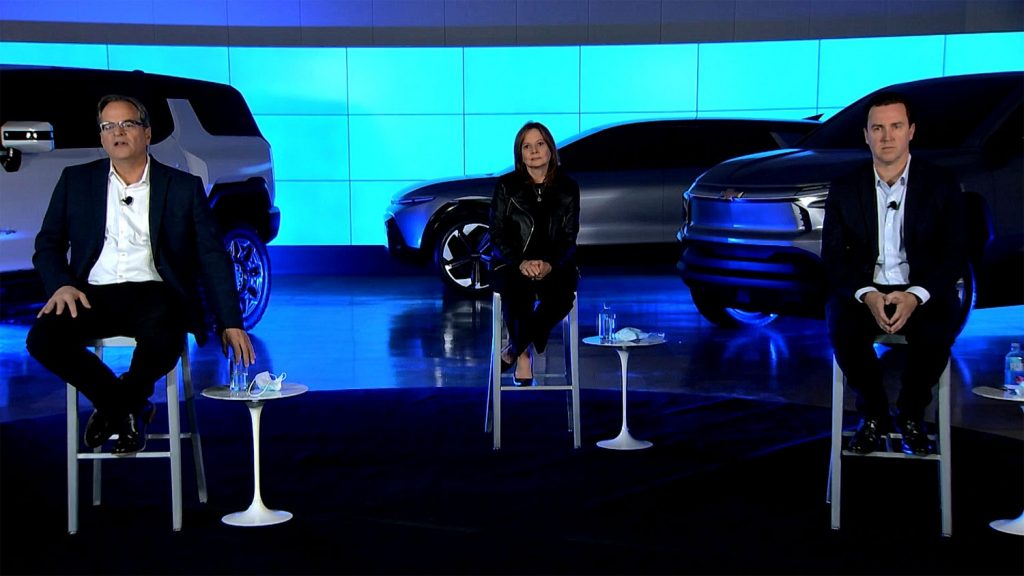 During the conference, Barra indicated GM will invest $27 billion into new all-electric vehicle technology and autonomous vehicle technology through 2025. As such, General Motors will be investing more than half of its capital into EV and AV programs, outspending investments into its internal-combustion-based programs.

General Motors is currently accelerating its various EV programs, including the all-new Cadillac Lyriq crossover, which was recently confirmed for arrival nine months ahead of schedule. Providing the juice in GM’s range of new EV products will be the automaker’s Ultium battery and drive technologies.