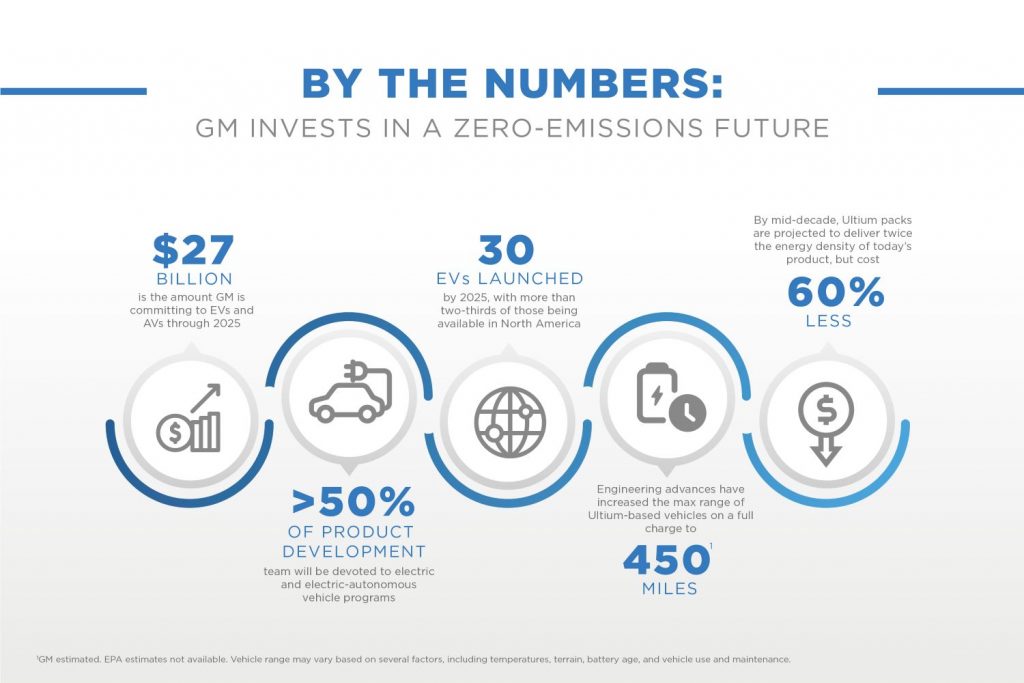 GM had previously set aside $20 billion for EV and AV investment and said it would launch 20 new EVs globally by 2023. This was before the COVID-19 pandemic hit, however, which was driven GM to further increase its commitment to battery electric and self driving vehicles. Barra said the company now plans to invest a total of $27 billion in EV and AVs through to 2025, helping it launch 30 EVs worldwide within the same timeframe – more than two-thirds of which will be available in North America.

Lastly, GM said the short development cycle for the GMC Hummer EV is now the standard across all of its EV programs, bumping their respective development scheduled forward. These newly expedited programs include a total of 12 different vehicles and comprise an unnamed GMC pickup, a Chevy compact crossover, a Chevy pickup and four Cadillacs, among more.