The General Motors Design Instagram page recently shared photos showing a unique exhibit the automaker set up in the lobby of the GM Building back in the early 1990s called “Big Kid Toys.” 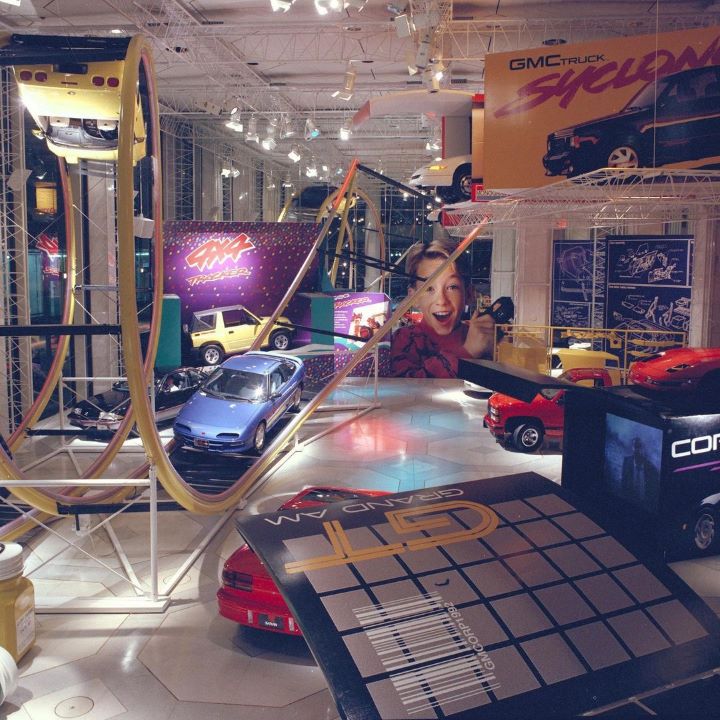 The exhibit was put together by GM Designer Mark Lennox, who can be seen in the photo below working on a scale version of the display in the GM design studio in Michigan. His vision for a display that set full-size vehicles against a toy-themed backdrop eventually came to life in the lobby of the GM Building in Manhattan in 1992 and featured fun-to-drive GM products like the Chevy C/ 454 SS pickup, Geo Storm GSi, Geo Tracker 4×4, GMC Syclone, GMC Typhoon, C4 Corvette, Chevy Lumina Z34 and a Saturn SC2 coupe. The display even featured a C4 Corvette doing a loop on a Hot Wheels-style track and fun details like a giant tube of glue and jars of model car paint. 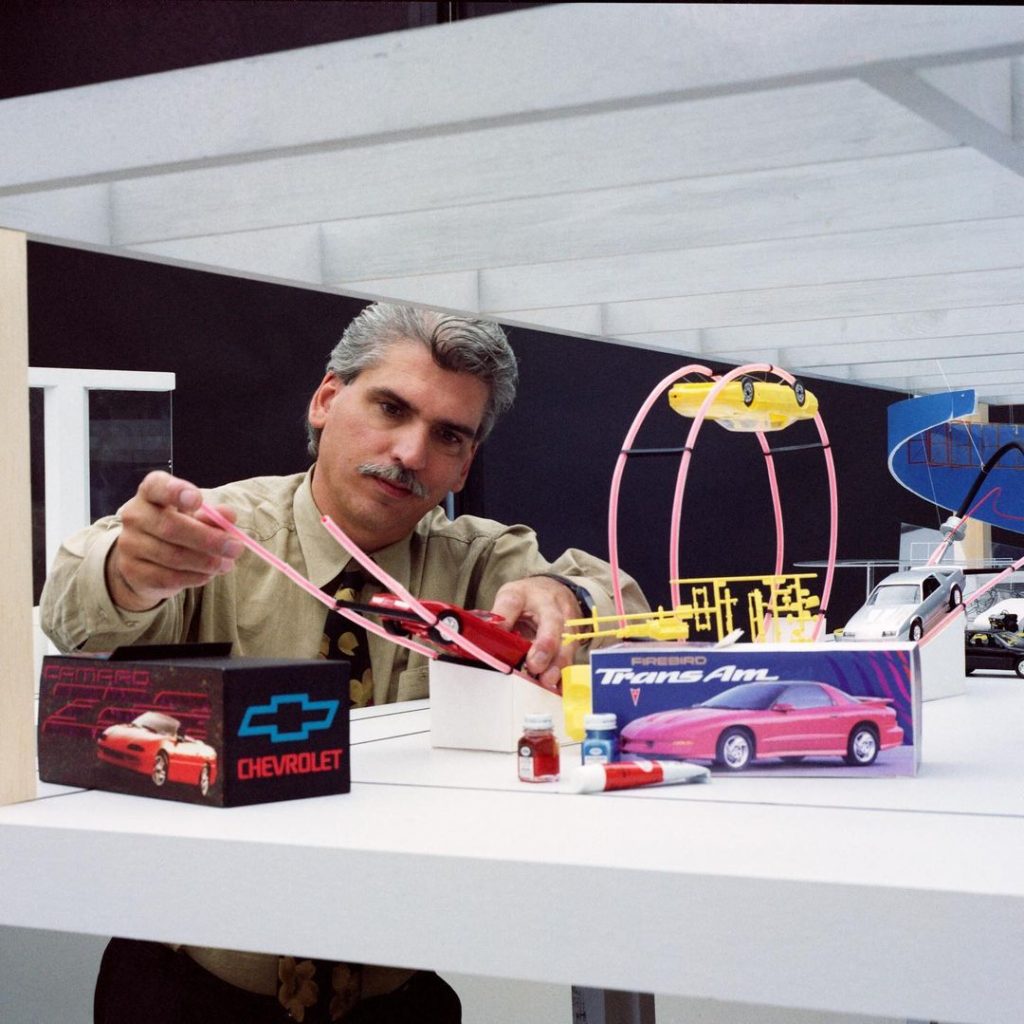 We think this installment is great, as it appeals to both adults and children alike. People young and old would be amused to see full-size cars hanging from the ceiling and upside down on a Hot Wheels track, so it would have helped create lifelong Chevy fans out of some car-loving kids and perhaps sell some vehicles to their parents, as well. 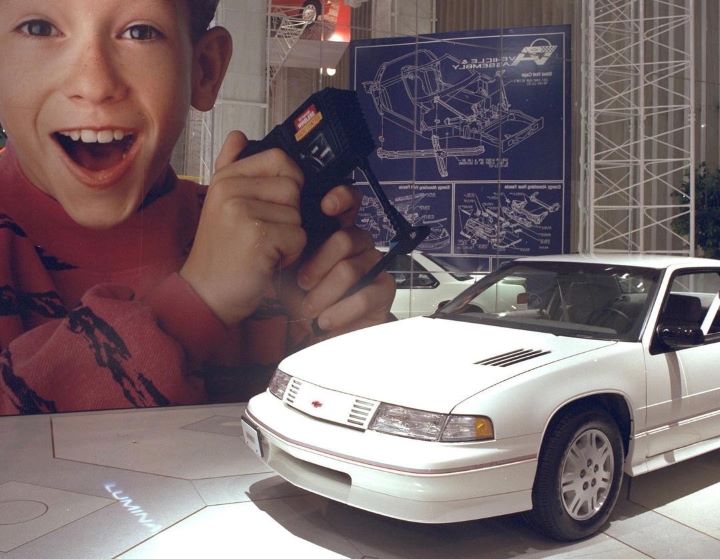 Interestingly, the ground floor of the GM Building served as the flagship store for the toy store FAO Schwarz until 2015, so there were probably lots of families passing through the building to have a look at GM’s cheeky Big Kid Toys display after stopping in at the toy store. 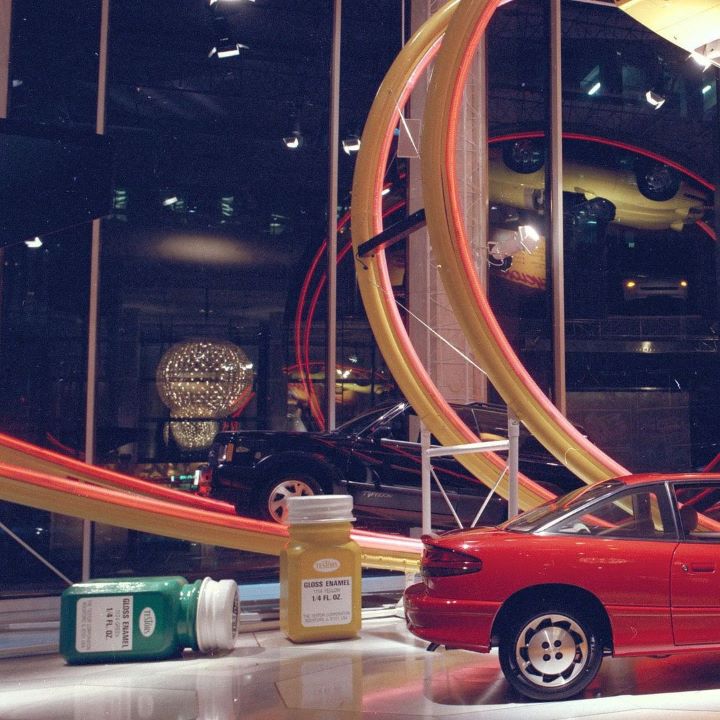 GM first moved into the GM Building in NYC in 1968 and sold the building in 1991, but kept a dwindling number of employees there until 2012. The automaker is no longer associated with the property, although the building’s namesake remains due to its recognition.