A total of four Ultium battery-powered Chevy EVs are set to enter production between now and 2025.

In a statement released this week, General Motors said that it currently has a total of four different Ultium-powered Chevy EVs in development, including a pickup truck and a compact crossover.

The pickup truck is likely the rumored Chevy Silverado EV. Details on this future battery-electric truck are scarce, but GM confirmed in its 2019 Sustainability Report that the truck would be able to travel up to 400 miles on a single charge. While this truck will likely share some parts with the powerful and luxurious 2022 GMC Hummer EV, like an Ultium battery and Ultium Drive motors, it will probably undercut the GMC Hummer EV with regards to price to appeal to a more mainstream buyer.

We know even less about the compact crossover. We can confirm that it is not the Chevy Bolt EUV, however, as the Bolt EUV will use GM’s first-generation lithium-ion battery system from the current Chevy Bolt EV. In the Bolt EV hatchback, the 66 kWh battery provides up to 259 miles of range on a single charge. By comparison, the advanced Ultium batteries will be more energy-dense, which should give this unnamed Chevy compact crossover more usable real-world range than the Bolt EUV. The only compact crossover in Chevy’s portfolio currently is the gas-powered Chevy Equinox. 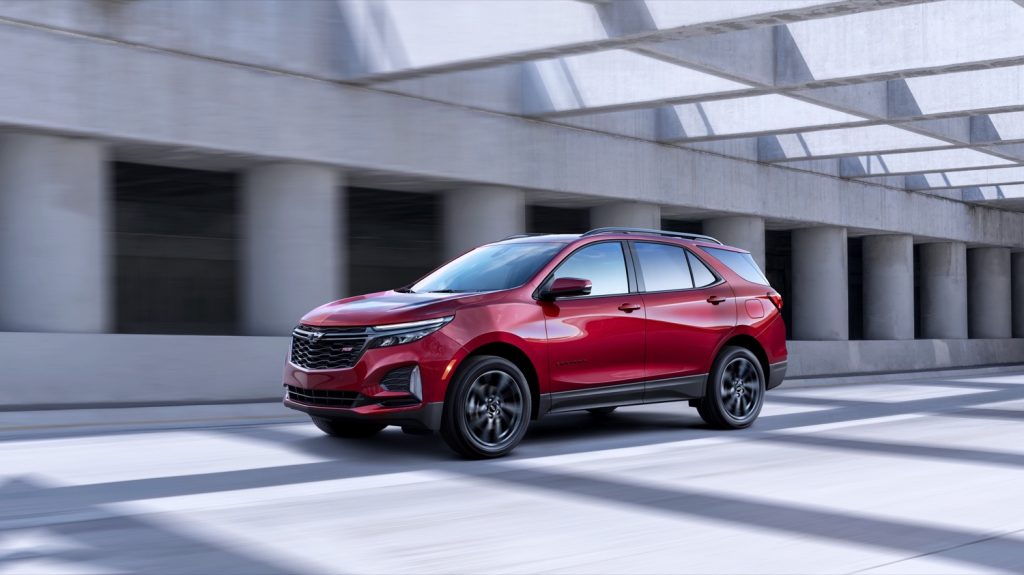 GM also divulged some information on the third of these four Ultium-powered EVs, which will be a mid-size SUV, in its 2019 Sustainability Report. The automaker describes the vehicle as a “mid-sized SUV targeted to U.S. customers who are looking for an electric option in this segment,” but did not provide any further information on it. The only mid-size SUV in Chevy’s lineup right now is the Chevy Traverse three-row. It also said previously that the fourth of these vehicles will be an unnamed “low roof entry” which is usually used to refer to sedans and, more specifically, svelte four-door coupes.

The development schedules for all four of these future Chevy EVs was pushed forward after GM implemented new fast-paced development times for all of its Ultium EV programs. The automaker said the GMC Hummer EV’s development time of 26 months, down from about 50 months, is now the benchmark for its various future EV programs. This will help it rush an abundance of EVs to market in the next five years as it fights with Tesla and other rivals to gain a dominant position in the EV marketplace.