General Motors recently previewed several of its upcoming all-electric vehicles at the Barclays 2020 Global Automotive Conference held on November 19th. During the event, GM parked three upcoming models on stage, providing a teaser of the automaker’s upcoming battery-powered lineup. Among these was the GMC Hummer EV SUV and Chevy EV pickup, as GM Authority covered earlier. The event also provided our first look at an upcoming Chevrolet EV compact crossover.

Placed directly behind GM CEO Mary Barra, the as-of-yet unnamed Chevrolet EV compact crossover sports a rounded, streamlined front fascia with narrow lighting elements along the top. The fascia comes with a two-tone color treatment with both silver and black, as well as a flowing roofline, funky two-tone wheels, a rear shark fin antenna on the roof, and no obvious door handles.

It’s likely this model is a concept of the forthcoming Chevrolet EV compact crossover, especially given that latter design point. Specs and hard info on this vehicle is currently unavailable. However, the upcoming Chevrolet EV compact crossover is expected to one of the most-affordable models in General Motors’ new EV strategy, likely slotting in above the new Chevy Bolt EV and upcoming Chevy Bolt EUV. in the Bow Tie brand’s lineup. 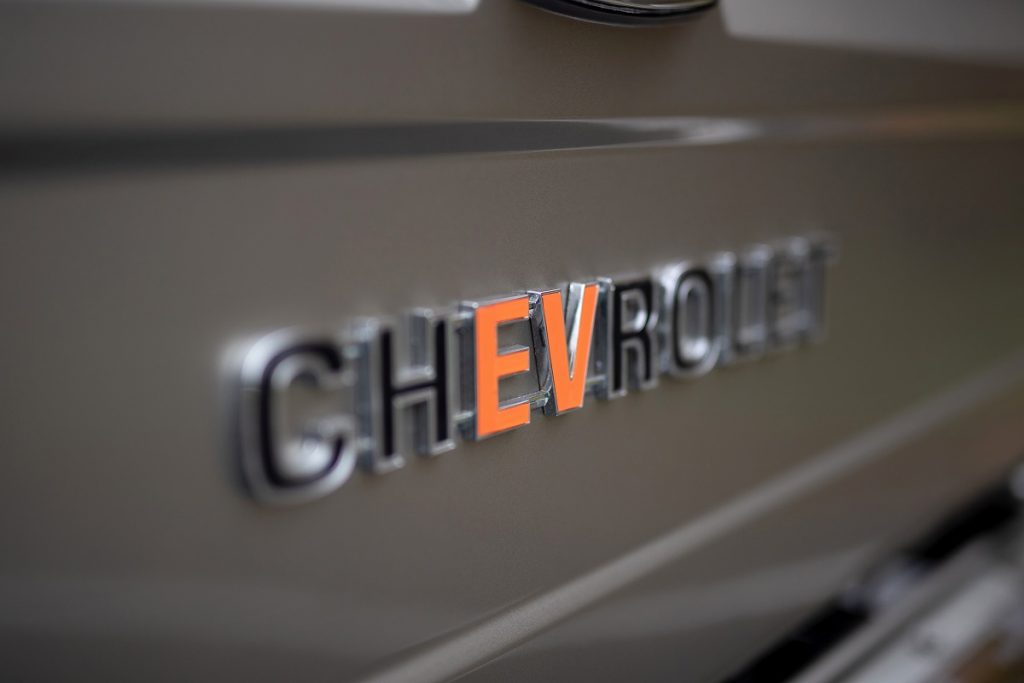 During the Barclays event, GM confirmed it has 30 new EVs slated to launch globally by 2025, two-thirds of which will be sold in North America. The automaker lists the new Chevy Bolt EV, the Chevy Bolt EUV, a new full-size pickup, several crossovers, and “low-roof entries” (that is, four-door coupes) as slated for North American markets.

An exact launch date, specs, nameplate, and other info on the Chevrolet EV compact crossover are currently unavailable. However, as soon as as learn anything about this new battery-driven crossover, we’ll be sure to share it with you.

In the meantime, remember to subscribe to GM Authority for more Chevrolet news and around-the-clock GM news coverage.