The battery-electric BMW iX made its official debut today ahead of a planned market launch in late 2021.

This new electric luxury crossover will serve as a direct rival to the Cadillac Lyriq and will also beat the General Motors offering to market, with the Lyriq set to enter production in late 2022. 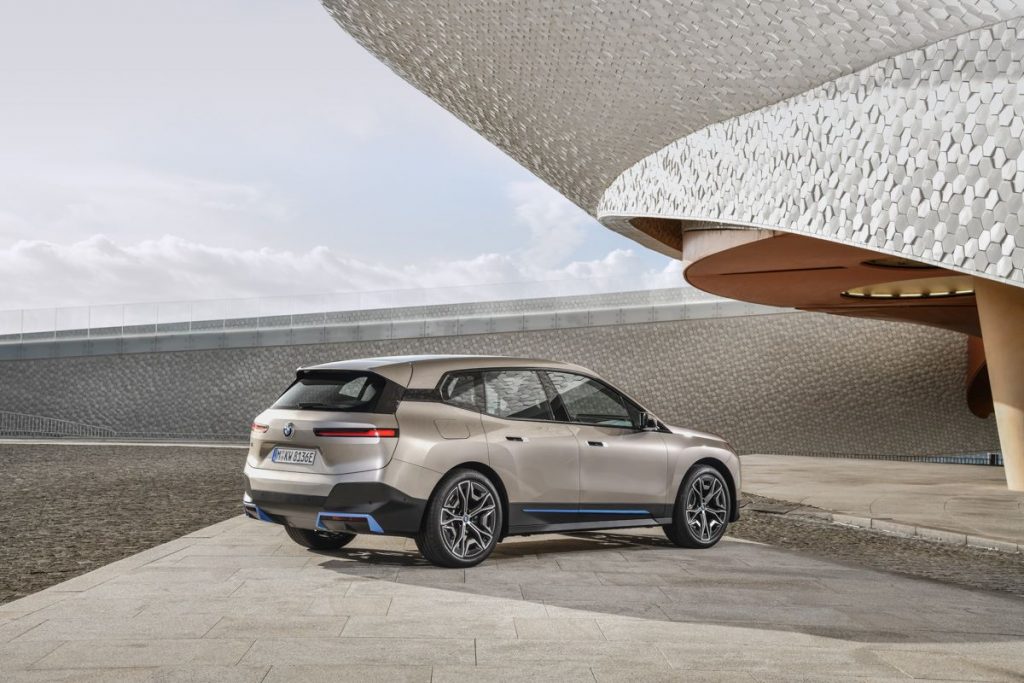 The BMW iX will arrive with a dual-motor powertrain producing roughly 500 horsepower, enabling it to sprint from 0 to 60 mph in roughly five seconds. Power comes from a 100 kWh lithium-ion battery, which will give it an estimated 300 miles of range based on the EPA test cycle. The battery will support DC fast charging at up to 200 kW, allowing it charge from 10 percent to 80 percent capacity in about 40 minutes. The German automaker says it will also take “less than eleven hours to charge the high-voltage battery from 0 to 100 percent at 11 kW,” from a wall charger. 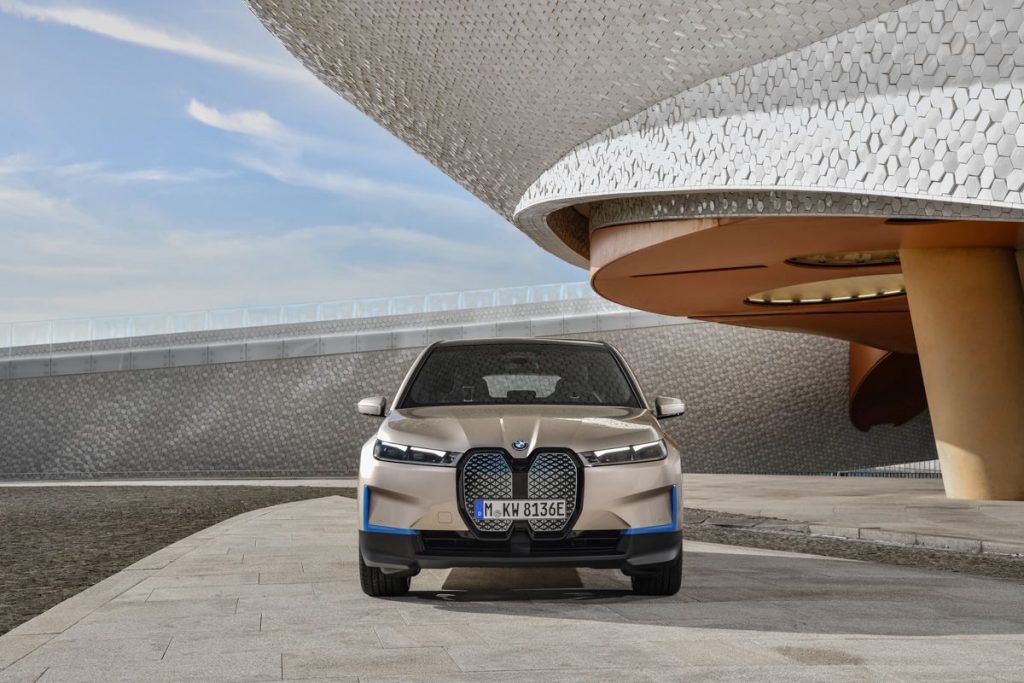 Like many other new BMW vehicles, the iX has an expressive exterior experience that is sure to be polarizing. While an EV like this does not require much cooling, the automaker still integrated its new vertical kidney grille into the iX. BMW says the faux grille mainly serves as an “intelligence panel,” for the vehicle, incorporating the front-facing camera, radar sensors and parking sensors behind a panel. 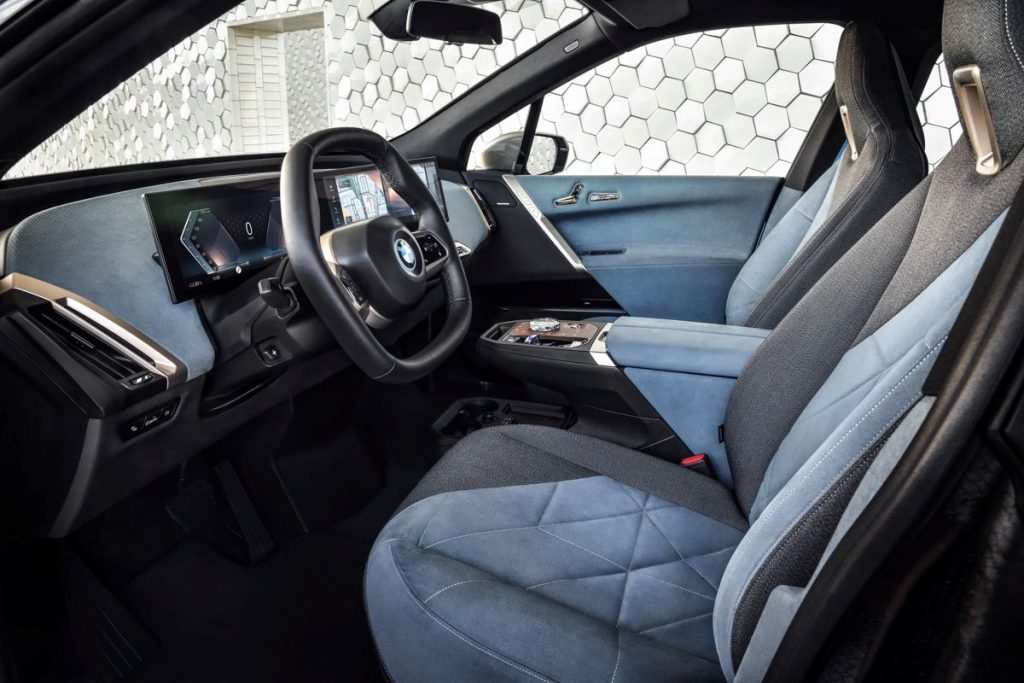 Inside, the BMW iX stays true to its quirky character with an intricately designed dashboard and door panels, a curved widescreen display and a strange hexagonally shaped steering wheel. A standard head-up display joins the widescreen infotainment display and features a compact projector that BMW says is “almost invisible.” 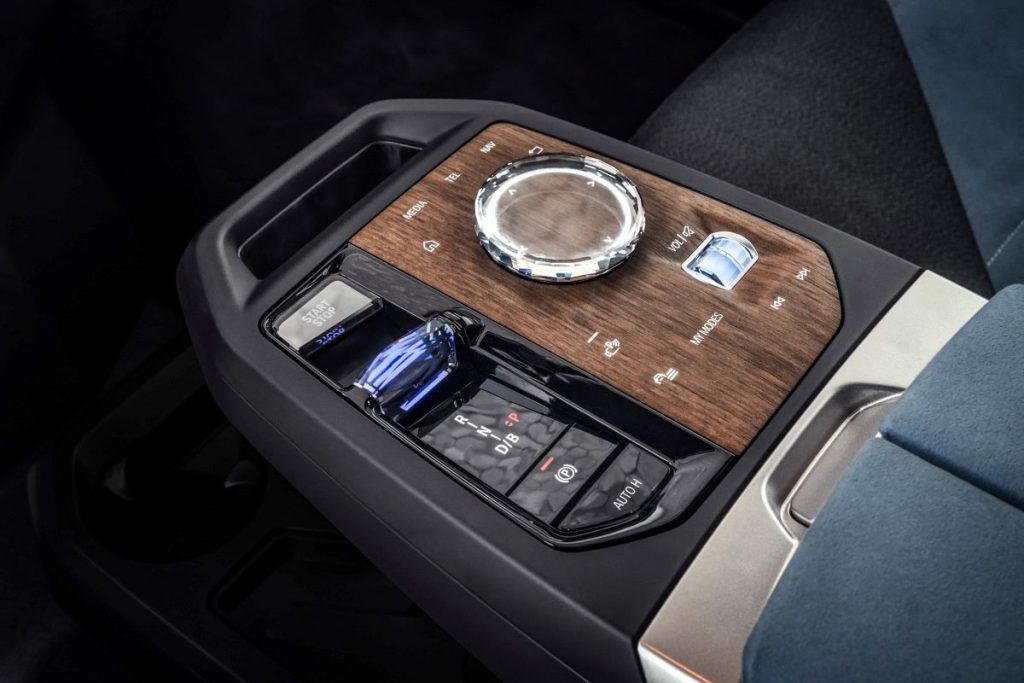 BMW also confirmed the crossover will be 5G capable and will come with “new and improved automated driving and parking functions.” It didn’t provide much detail on the crossover’s available tech, apart from brief descriptions of the above technologies, but the brand promises it will set “new industry standards with the technology in the BMW iX.”

The Cadillac Lyriq is a similar size to the BMW iX and will have similar technology and features, too. For example, the Lyriq show car was also presented with a 100 kWh battery and 300 miles of an estimated range, although it only supports DC fast charging at rates of up to 150 Kw. GM has not said how much power the production Cadillac Lyriq will produce, but like the iX, it is also expected to feature a powerful dual-motor setup with all-wheel-drive. 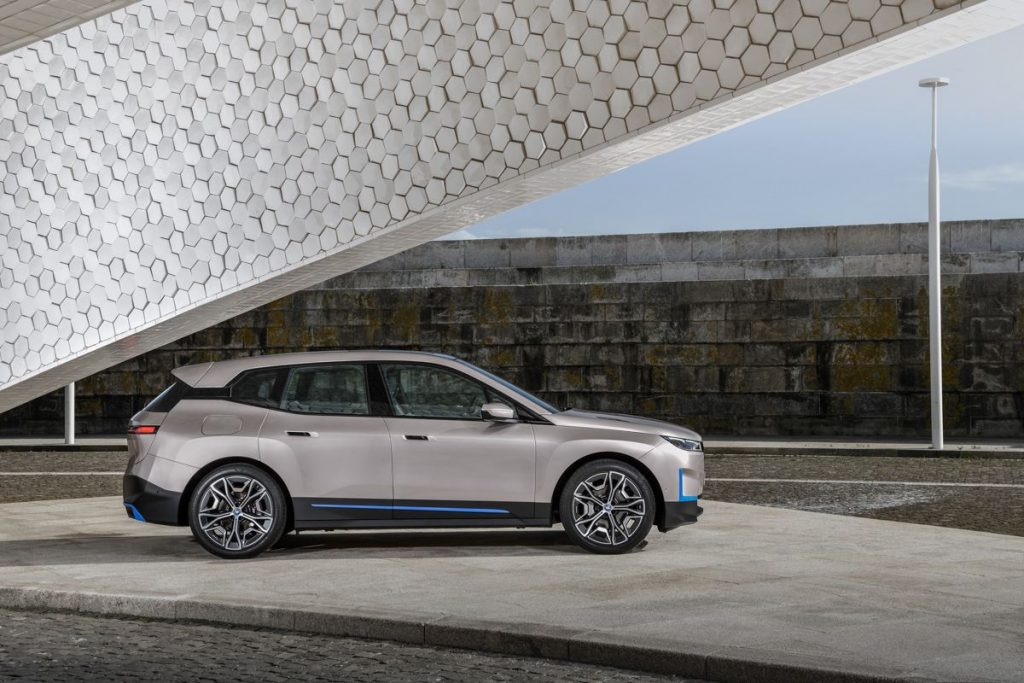 Pricing for the BMW iX has not yet been announced. As for the Lyriq, only the show car version has been shown so far, so we’re still awaiting confirmation of the specifications for the production model.