The 2022 Chevy Bolt EV has been spotted by a sharp-eyed YouTuber who had his dashcam running as he drove past a General Motors commercial shoot.

According to the YouTuber, Moose OBX, GM is out near North Carolina’s Outer Banks this week filming some sort of promotional video featuring the 2022 Chevy Bolt EV. He was driving near the photoshoot location in his car with his dashcam rolling when the star of the show, a lightly camouflaged 2022 Chevy Bolt EV prototype, drove right past his car. 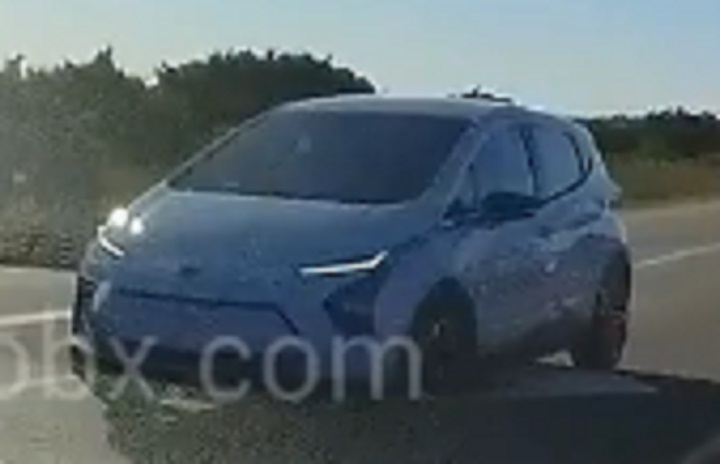 His dashcam video only gives us a very short glimpse of the refreshed Bolt EV prototype and because the vehicle is covered in camouflage, the test vehicle in question isn’t giving away too many secrets. It appears the next-gen version of the electric hatchback will have a lower, wider and slightly more athletic stance, though, separating it from the higher-riding Chevy Bolt EUV crossover that is set to join it. The clip also gives us a look at the trapezoid-shaped faux grille opening, which is flanked by a pair of contrasting black accent pieces (or potentially DRL lenses?) and narrow LED headlights. 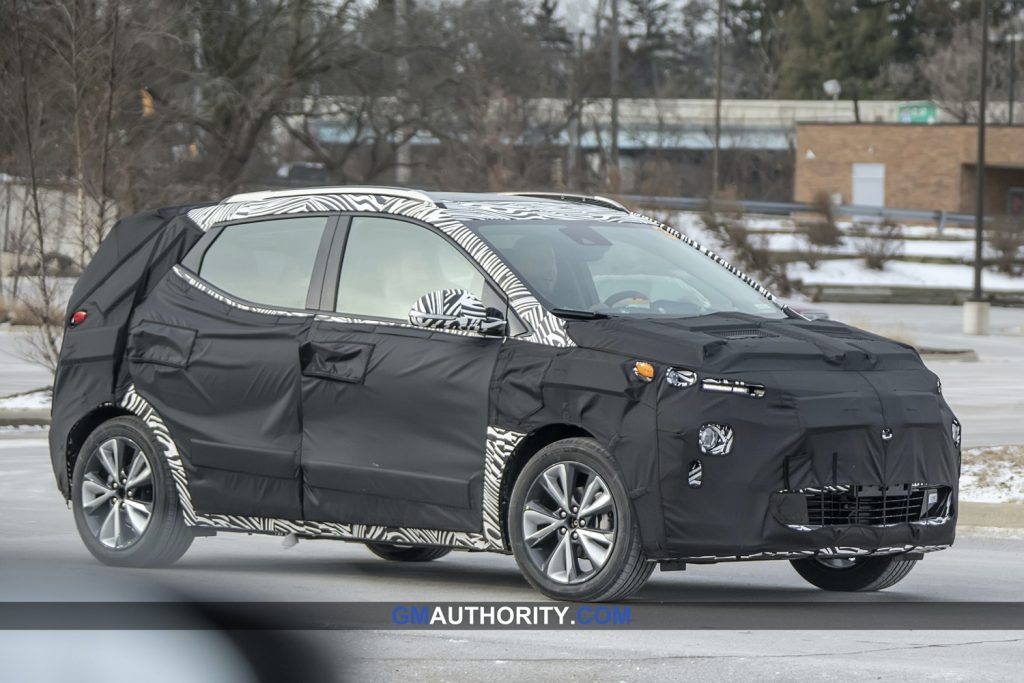 Official details on the 2022 Chevy Bolt EV are very scarce at the moment. It will ride on the same BEV2 platform as the current Chevy Bolt EV, however, and should be quite similar from a powertrain standpoint as well. As a reminder, the current Bolt EV has a single electric motor producing 200 horsepower and a 66 kWh lithium-ion battery providing up to 259 miles of range.

The 2022 Chevy Bolt EUV is expected to be built alongside the closely related Bolt EUV crossover at GM’s Lake Orion Assembly plant in Michigan. Lake Orion already builds the current Bolt EV at the plant along with the autonomous Cruise AV, which is based on the electric hatchback.

Check out the video embedded below to get a clear glimpse of the 2022 Chevy Bolt EV well ahead of its upcoming debut.