Cale Lohr from Greensboro, North Carolina wanted to build a custom rat rod pickup with a rip snortin’ LS V8 under the hood. However, he also wanted something unique, something hardly anyone had even seen before. After searching high and low, Lohr finally found his perfect project – 1947 Diamond T 404. 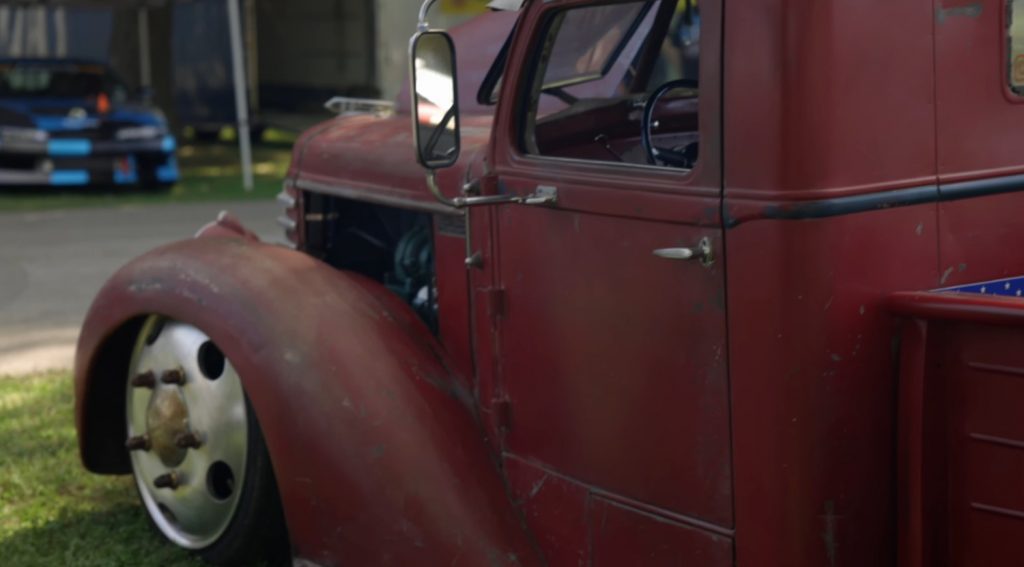 “Thank god for Google I guess, because I didn’t even know what a Diamond T was,” Lohr confesses.

Founded in 1905, the Diamond T Motor Car Company got its start producing cars, but subsequently found greater success with trucks. Diamond T later supplied military vehicles to the U.S. Army during World War I and World War II, and introduced a new line of commercial trucks in 1946. Diamond T eventually went defunct in 1967.

Lohr located his found his new project in South Dakota. The pickup was a barn find previously owned by a farmer, and luckily, it wasn’t rusted to pieces.

Now, the only bits of the original truck that remain is the sheet metal. Everything else is new, including the chassis, and the turbocharged LS V8 engine. 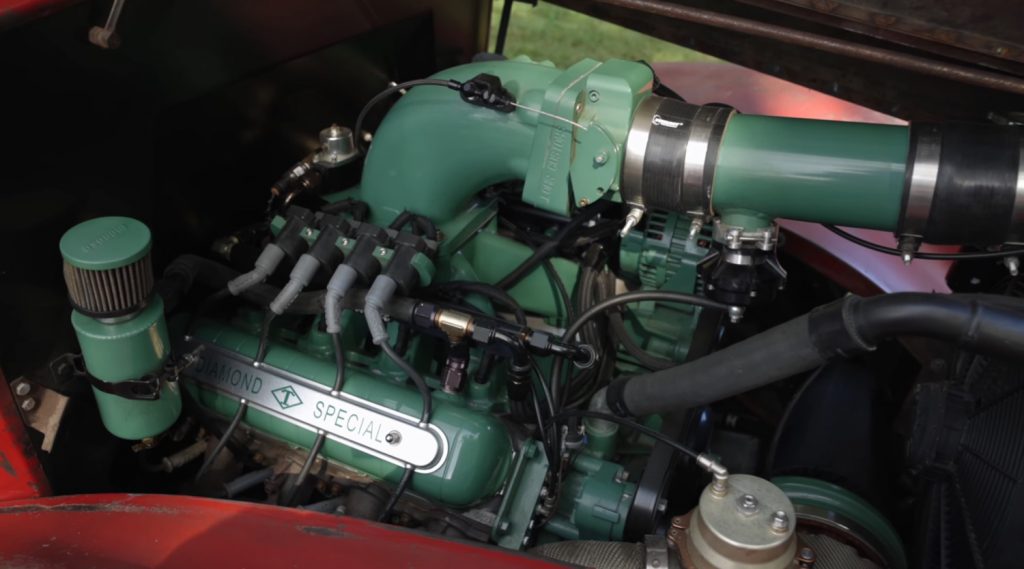 That said, this thing certainly doesn’t look like it just came off the shelf. Lohr took great lengths to seamlessly blend the new turbocharged LS V8 into the rest of the truck’s classic aesthetic, painting it flat green, adding and old school valve cover treatment, and hiding the turbo.

“Man, I get all kinds of questions as far as, ‘Is it a diesel? Is it this? Is it that?'”, Lohr says. “They have no idea. And that’s the fun of it, the beauty of it, to keep people guessing, you know?”

Outside, the LS V8-powered Diamond T rocks a set of Sterling semi truck wheels, which were adapted for the Chevy frame, and work perfectly with the curvaceous fenders.

This rat rod pickup is simply dripping with cool little details. Check it out by hitting play on the video below.