With production lasting 14 years between 1973 and 1987, General Motors’ line of third-generation Chevy and GMC C/K pickups, better known as the Square Body trucks, are frequently sought-after for rebuilds and customization. Now, Finish Line Speed Shop in Ellensburg, Washington is showing off its latest 1978 GMC C15 SEMA build, which rocks the pavement with a number of unique touches and a tasty two-tone paint treatment. 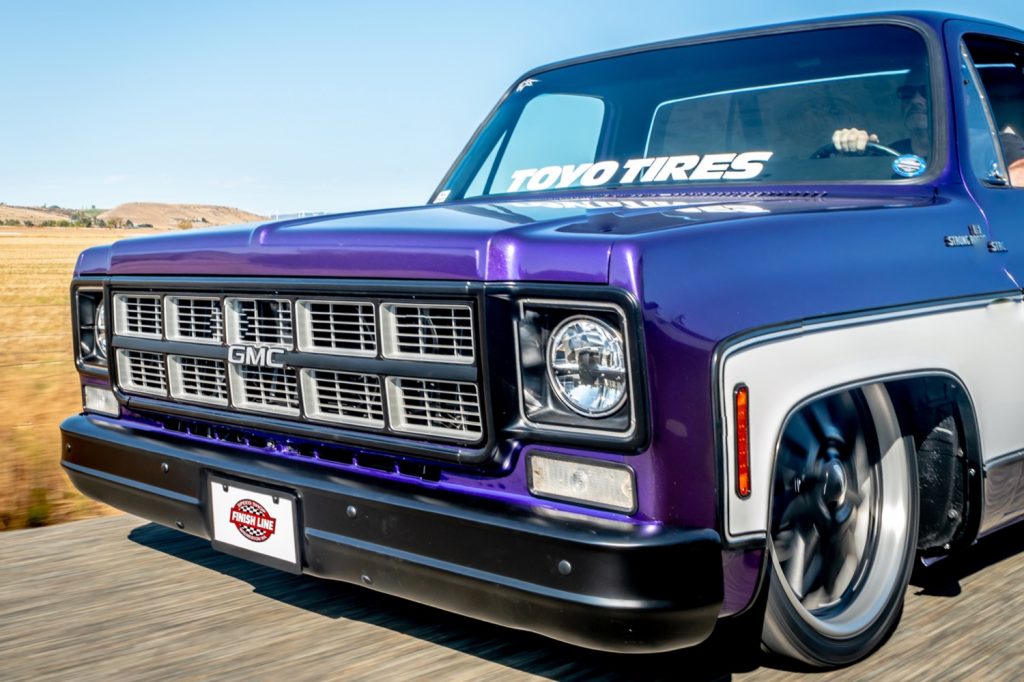 The first thing that grabs us about this truck is the way it looks. The classic Square Body lines are in full effect, complemented by a two-tone paint treatment that matches purple and white, enhancing the straight lines and overall rectangular shape of the 1978 GMC C15 pickup. As expected of a modern custom truck from this era, the stance is low to the ground, sitting just inches above the pavement and tucking in a set of aftermarket wheels. 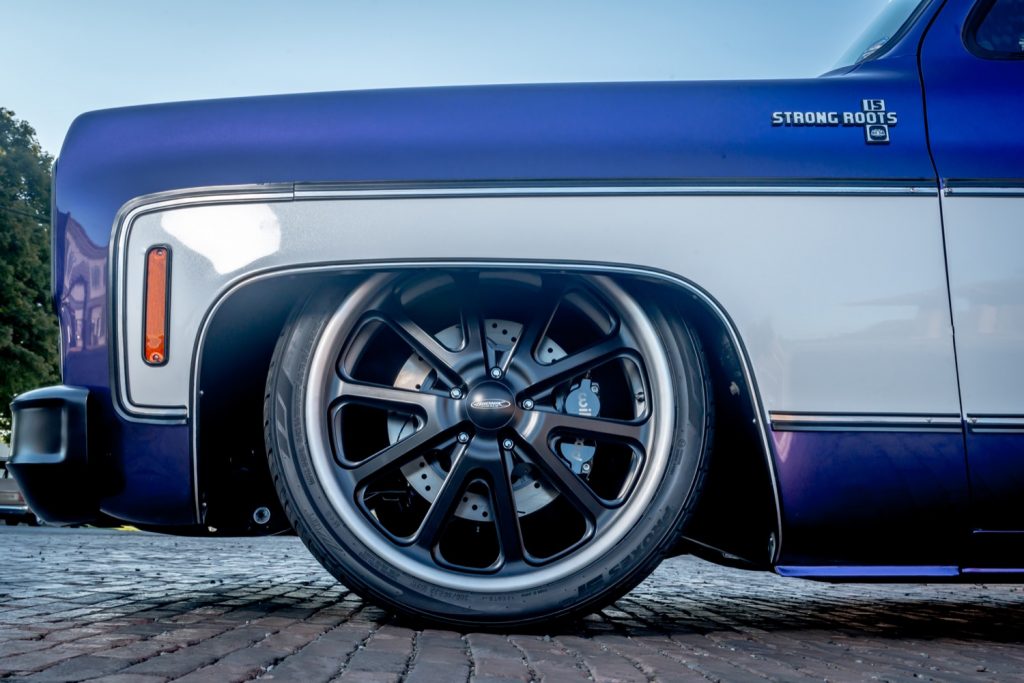 The rollers come with a ten-spoke design and black finish mated to a polished rim, while the spokes reveal a set of aftermarket brakes with drilled and slotted rotors underneath.

This GMC C15 pickup’s cabin space comes with matching purple accents, while the dash gets a familiar gauge layout with two primary readouts behind the steering wheel and an additional four gauges mounted to the left of the steering wheel. Unsurprisingly, modern Kicker audio equipment was also installed to provide the tunes. 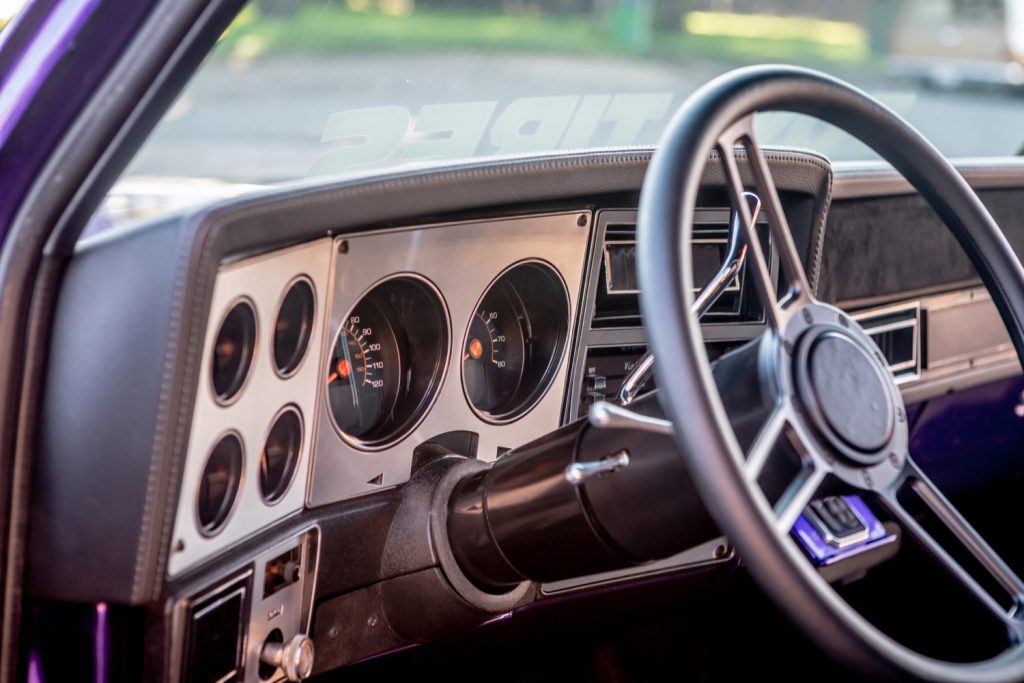 The good stuff continues under the hood, where we find an LS V8 engine on deck for motivation. The GMC C15 pickup’s new LS was upgraded with Hedman Ceramic headers, while various engine covers and trim bits were dressed up to provide a little extra visual appeal. We also spot a Wilwood aluminum master cylinder to coincide with the upgraded brake package. 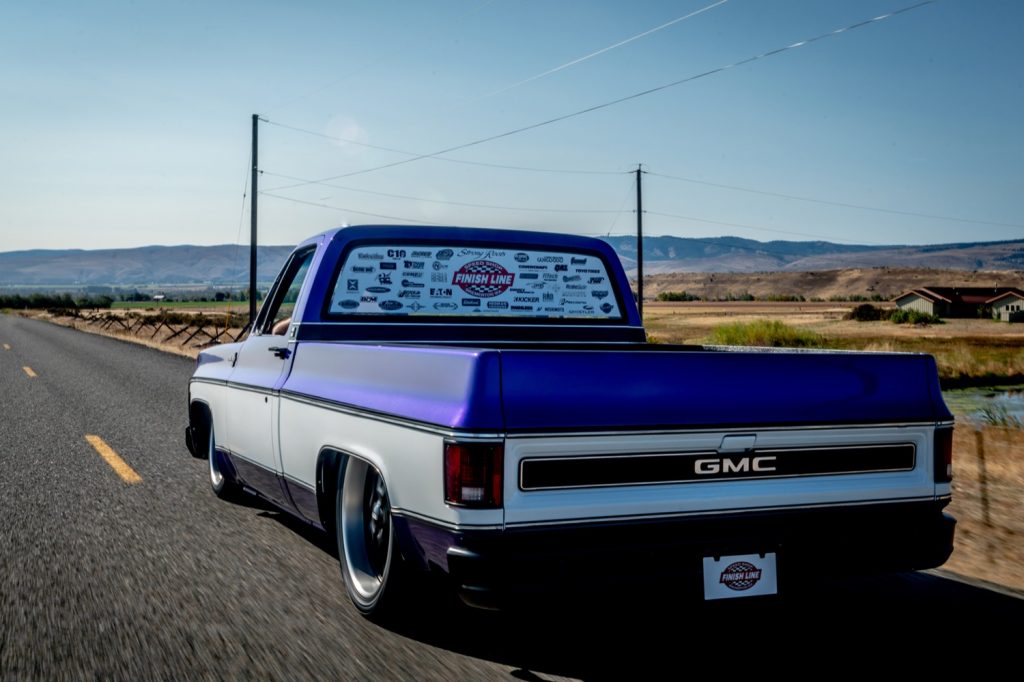 On the move, this custom 1978 GMC C15 pickup looks fantastic, but it also sounds equally as good when dipping into the throttle, as evidenced in the following video.