We’ve all been there. One minute you’re driving down the highway, happily en route to your destination, when you suddenly realize that your intended highway exit is rapidly approaching and you’re stuck in the middle or far-left lane. Often times, the smart thing to do in this situation is to wait until the next exit and turn around, but instead of doing this, many drivers will try to frantically cross multiple lanes in a last-ditch effort to make their exit. This can end catastrophically, as demonstrated by the impatient Chevy Camaro driver seen in this dashcam video.

The video shows a fifth-generation Chevy Camaro Convertible traveling in the far left lane of a busy highway as it forks into two separate two-lane sections. The Camaro driver then realizes they need to take to the right-hand fork in the road, so they suddenly veer right from the far-left lane and across the center lane in an attempt to make the exit. Unfortunately, they then clip a metal attenuator that was jetting out from the concrete barrier dividing the highway, severely damaging the Camaro’s left front suspension and even partially ripping off the driver’s side door.

This is a perfect example of an impatient and overly confident driver exercising little regard for those around them and immediately (and somewhat satisfyingly) suffering the consequences. That said, we hope all that was hurt in this scary crash was the driver’s ego and an aging base-model Chevy Camaro Convertible. If the protective divider in the road was made of concrete instead of metal, this wreck might have looked a lot different. 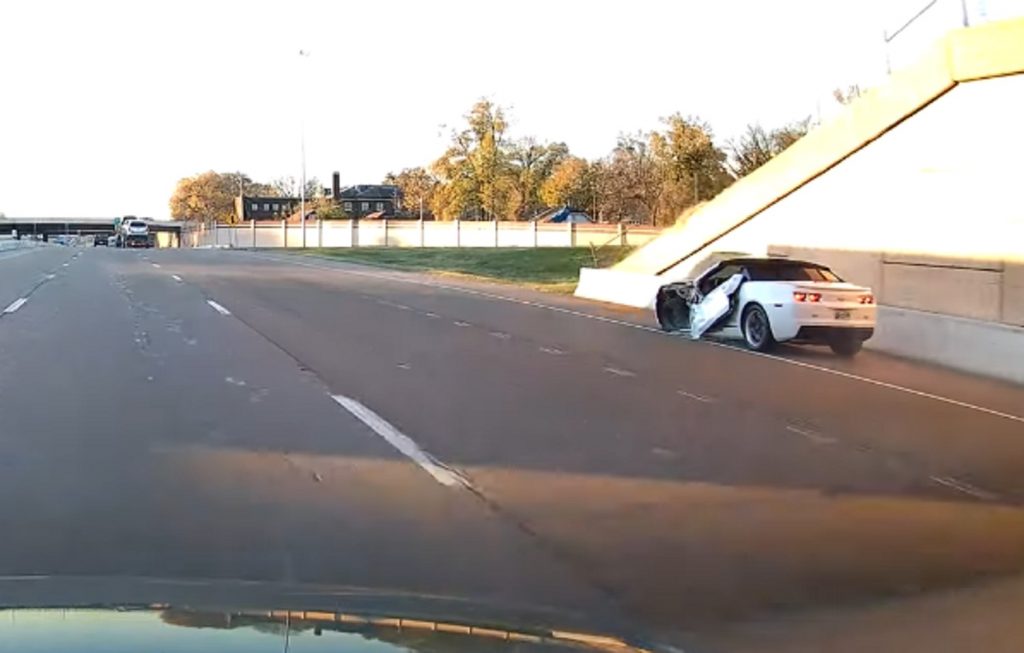 Check out the crash in the dashcam video embedded below.