Chase Elliott took his first career NASCAR victory at the fan-favorite Martinsville Speedway on Sunday, locking himself into this weekend’s four-driver championship shootout at Phoenix Raceway in the process.

Elliott took a dominant 6.657-second victory over Team Penske’s Ryan Blaney to win Sunday’s Xfinity 500, leading a race-high 237 of 500 laps. He took the lead for the final time with just over 40 laps remaining, sending it under braking on the No. 19 Toyota Camry of Martin Truex Jr. before building a sizable gap to the pack behind. The No. 9 Chevy Camaro ZL1 1LE driver is the only Chevy driver in the Round of 4 championships round, joining Team Penske/Ford drivers Joey Logano and Brad Keselowski and Joe Gibbs Racing/Toyota’s Denny Hamlin. 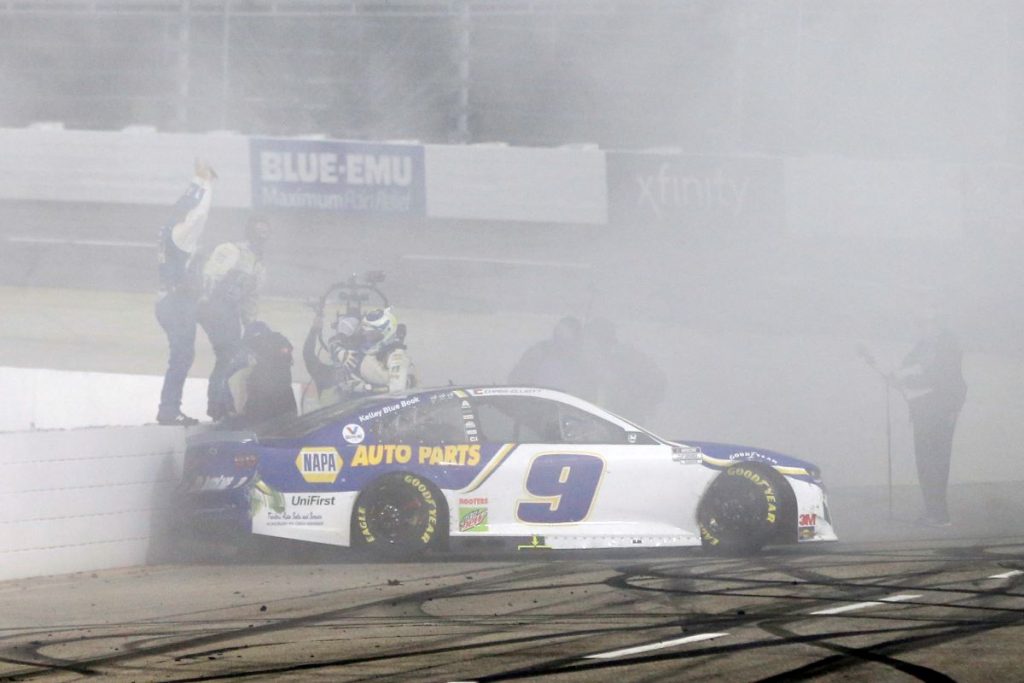 “Just so proud,” the 24-year old said after getting out of his NAPA-sponsored Camaro. “To be backed into a corner like that and have to win tonight, I feel like that’s what we’ve been missing these past four of five years. To perform when we don’t have a choice. And to do that tonight, I couldn’t ask for a better night. It’s just unreal.” 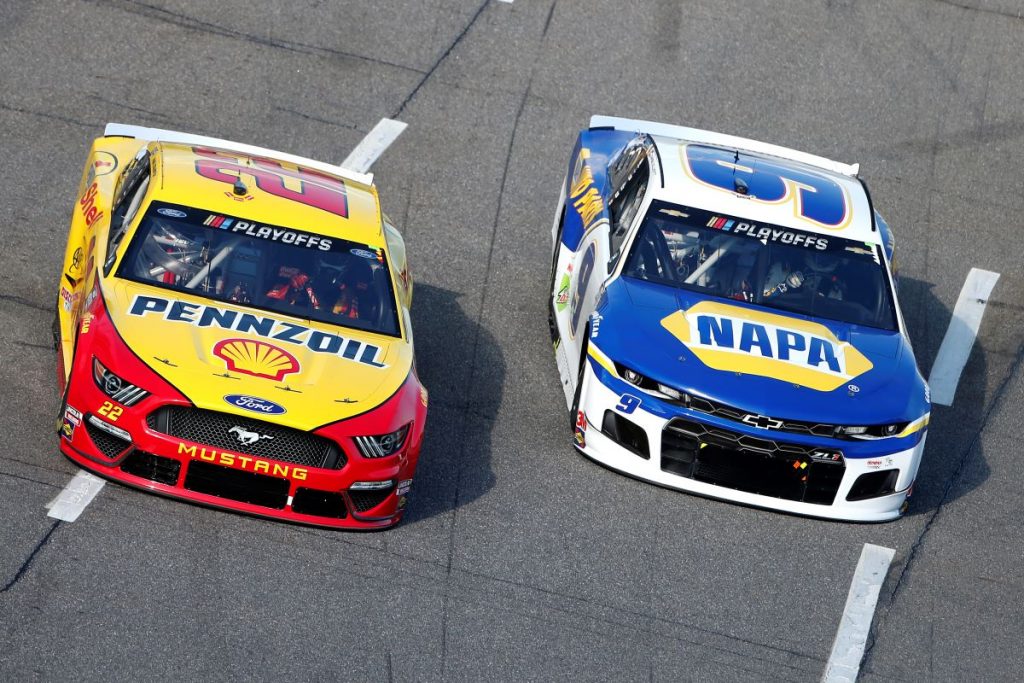 Kevin Harvick and Kyle Busch spin in the last corner!

The race finish was highlighted by a failed attempt at a pass from the No. 4 Ford Mustang of Kevin Harvick, who needed to pass Kyle Busch to secure the extra point he needed to make the Round of 4. Harvick was arguably the strongest Cup Series driver throughout 2020, taking an impressive nine wins, but ultimately fell victim to NASCAR’s knockout-style playoff format.

“Everybody kept battling there and I tried to run into the door of the 18 as a last-ditch effort there and spun him out there so sorry to put him in the middle of trying to gain a point,” Harvick said. “Not a great three weeks. It didn’t go our way. We fought for everything we had and it just came up short.”