General Motors released a teaser video this week showing off the redesigned dashboard and new infotainment screen in the upcoming 2022 Chevy Bolt EUV crossover. Included in that teaser video was a demonstration of the electric crossover’s new Power Flow Screen graphics, which the automaker says will “give owners critical information about their electric vehicle, including regen braking use and battery charge level.”

The Power Flow Screen clearly demonstrates the charge level of the lithium-ion battery and also shows how energy is flowing between the front-mounted electric motor and the battery pack. For example, if the vehicle is driving down the road, the graphics will show the power flowing out of the battery and into the motor. Conversely, it will show energy flowing from the motor back toward the battery when the vehicle is using its regenerative braking system.

The teaser video released by GM this week shows two separate tabs in the Power Flow Screen. One tab is labeled ‘Energy’ while the other is labeled ‘Charging’. It seems as though the ‘Energy’ tab displays the power flow when the vehicle is being driven, as described above, while the ‘Charging’ tab will likely demonstrate how the power flows into the battery while the vehicle is being recharged. 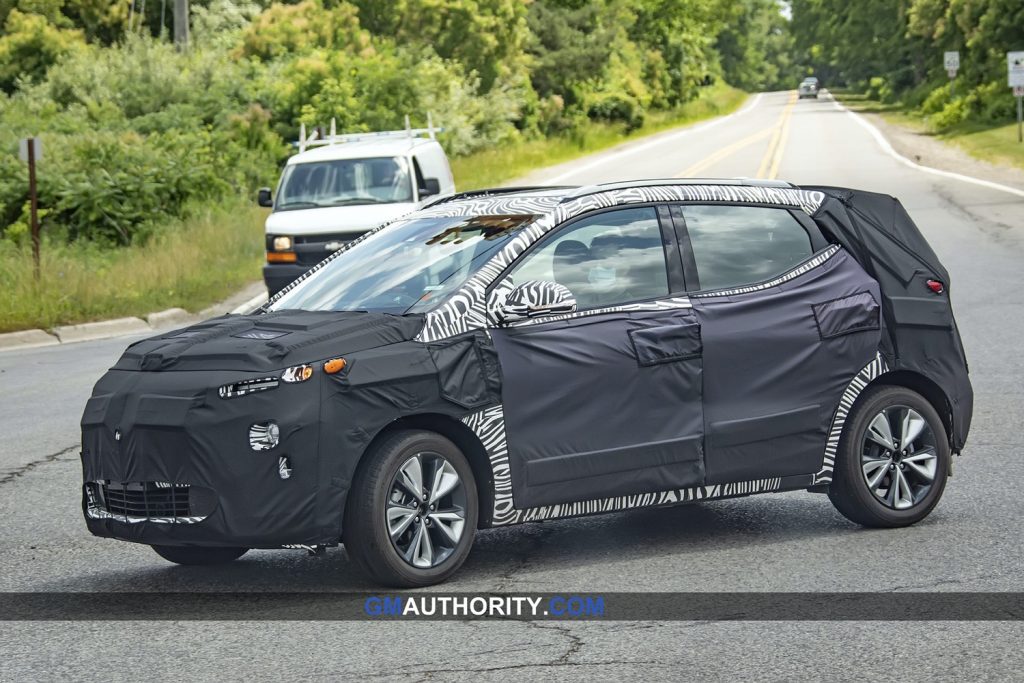 Additionally, the teaser image shows some quick-access tabs on the bottom of the menu, which appear to be for the home screen, music track, audio settings, phone and navigation. A green leaf icon is also seen in this row, which could possibly be pressed to quickly access the Power Flow Screen graphics.

We also expect the next-generation Chevy Bolt EV hatchback to use this same widescreen infotainment system with the same Power Flow Screen system. The Chevy Bolt EUV and next-gen Chevy Bolt EV are expected to share their BEV2 platform, electric powertrain and other parts. The two vehicles will also be built alongside each other at the GM Lake Orion plant in Orion Township, Michigan.

More details on the 2022 Chevy Bolt EUV and related next-gen Bolt EV are expected to be released in the coming months. The Bolt EUV will go on sale in the summer of 2021.