The Environmental Protection Agency has published its estimated fuel economy figures for the front-wheel-drive version of the 2021 Buick Envision crossover.

The EPA estimates the 2021 Buick Envision will achieve 24 mpg city, 31 mpg highway, and 26 mpg combined when equipped with the standard GM 2.0L LSY four-cylinder engine, GM nine-speed automatic transmission and FWD. This equates to around $1,250 USD a year in fuel costs based on 15,000 miles of mixed highway and city driving. As we reported previously, the twin-clutch AWD version of the 2021 Buick Envision has EPA-estimated fuel economy ratings of 22 mpg city, 29 mpg highway and 25 mpg combined. While the AWD model is less efficient, this difference should only cost around $100 extra in fuel costs per year, the EPA estimates.

The 2.0L LSY engine, which is the only engine offered in the Envision at the moment, is rated at 230 horsepower and 258 pound-feet of torque. The fully redesigned crossover rides on the GM E2 platform as the upscale Cadillac XT4 and will be assembled at the GM Jinqiao plant in Shanghai, China. In addition to the restyled exterior, new platform and new turbocharged four-cylinder engine, this latest version of the Envision also gets more standard active safety features and new available technology, including the automaker’s first available 10-inch diagonal touchscreen. 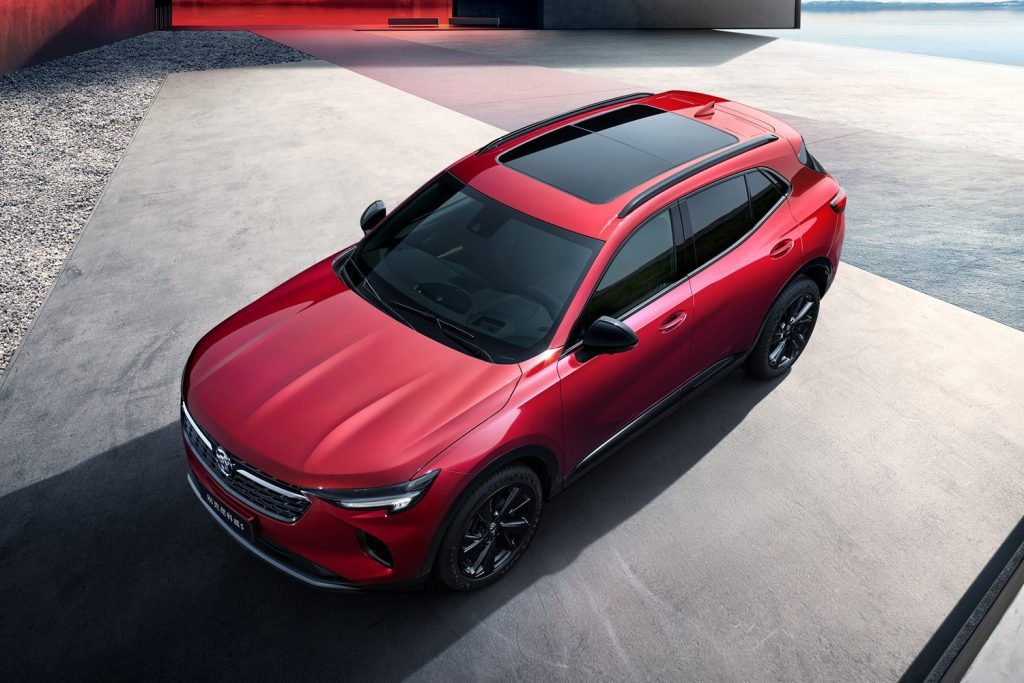 The 2021 Buick Envision is expected to go on sale in the United States in early 2021, with prices starting from $32,995 for the Preferred trim level with FWD. It slots in above the new Buick Encore GX in the automaker’s growing lineup of crossovers, which went on sale earlier this year, joining the older Buick Encore.

“The all-new 2021 Envision is part of Buick’s strategy to grow its family of premium SUVs,” Buick brand boss Duncan Aldred said previously. “It joins the new 2020 Encore GX, which offers safety, functionality and styling tailored around the size and space preferences of today’s small and compact SUV buyers.”