If you’ve ever wondered whether a 1969 Chevy Corvette 427 would beat a 1973 Pontiac Firebird Formula in a drag race, then the video we have here for you today holds the answer.

The race is a classic case of red versus blue, though not in the sense that expression would be interpreted recently. Here, the red car is the Corvette 427, a white-roof convertible with the 7.0L L36 Chevrolet Big Block V8 under the hood. Gasoline is poured in through a four-barrel Rochester carburetor, and while the power output is the lowest of any Big Block C3 Corvette, it’s still quite respectable. Chevy claimed 390 net horsepower using the measuring system of the time, where the engine was tested with an open exhaust and no ancillaries such as alternators or water pumps attached. In modern terms, that figure likely lands somewhere in the mid 300 horsepower range.

Although it’s only four years younger, the Pontiac Firebird Formula seems a lot more modern. The model here is derived from the second-gen Firebird, which was introduced in 1970. The Pontiac cradles a 7.5L 455 V8, in regular form, so it’s not the super duty variant. Real-world horsepower is likely around 250 net, or just under 300 gross. 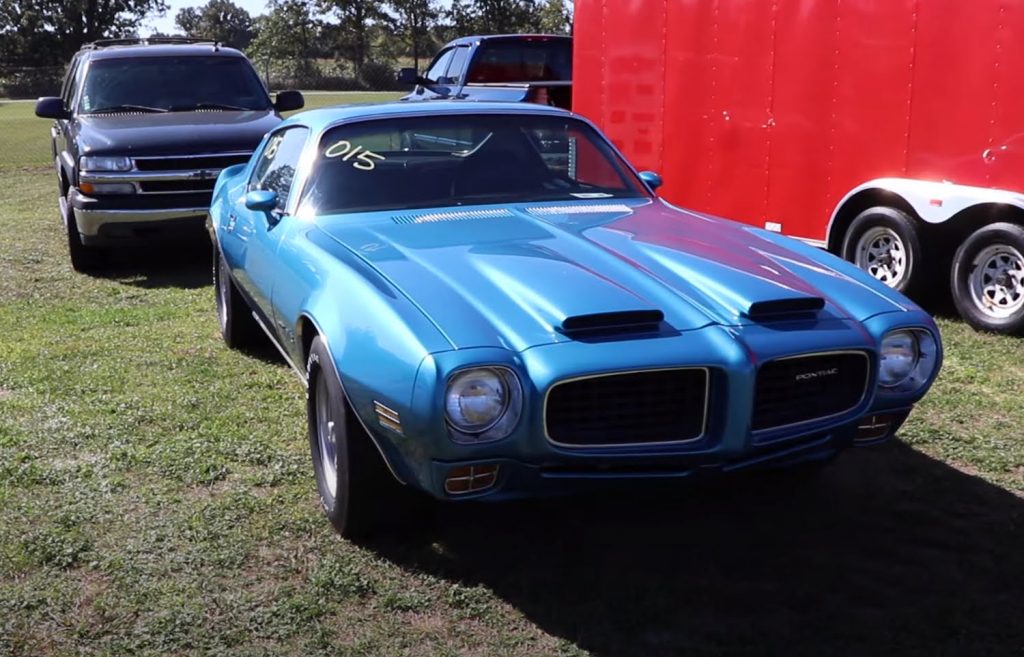 With a 50 horsepower disadvantage, things might not be looking all that great for the Pontiac. A higher final drive ratio doesn’t seem promising either, considering this race is all about acceleration. But wait.

With drivers on board, the Firebird Formula is 36 pounds lighter than the Corvette 427. And its smoother transition from roof to tail probably means less disturbed airflow at the rear of the car, so there should be less aerodynamic drag – an important consideration on the second half of the strip. 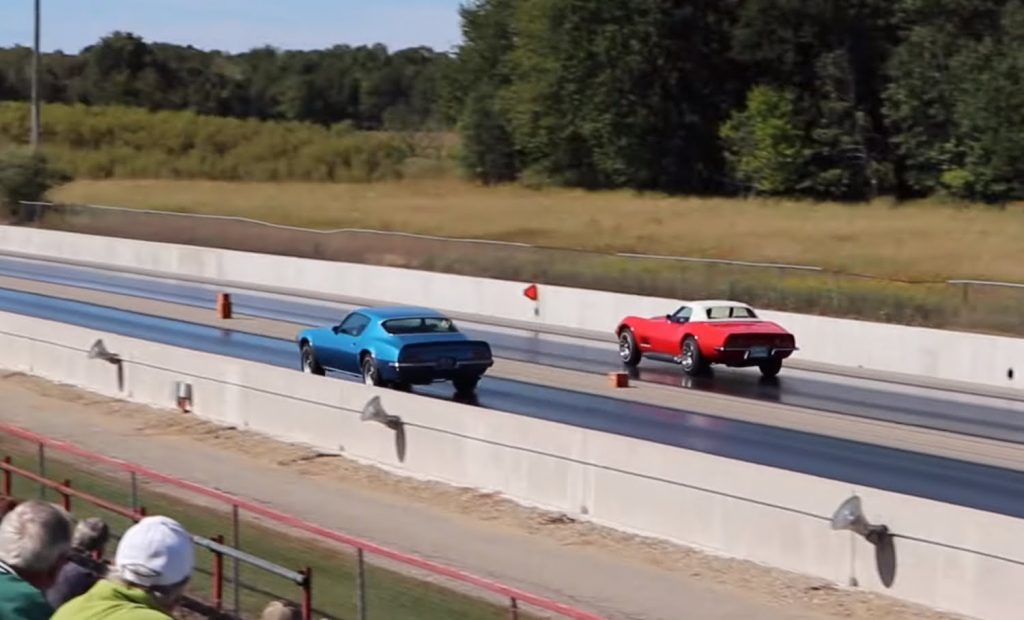 Both cars are regular competitors in the Pure Stock Muscle Car Drag Race  (PSMCDR)series, so we can assume similar amounts of driving talent from each lane. As its name suggests, the PSMCDR series is open to muscle cars built in the U.S. or Canada between 1955 and 1979 and sold with a warranty of at least 12 years/12,000 miles. Only a few modifications are permitted, making for a great way to compare the vehicles in nearly stock form.

So which is faster? Well, the cars raced each other three times, and the Pontiac won twice. However, all races were very, very close.

If nothing else, this video makes us miss the good ol’ days of unhinged GM performance.