The COVID-19 pandemic forced many people to get a bit creative to keep their businesses afloat. Restaurants pivoted to delivery and take-out and some bars began offering drinks for takeaway, for example, but what did small-time, local bands do to help keep the lights on? Well, they buy a Pontiac Grand Prix, of course. 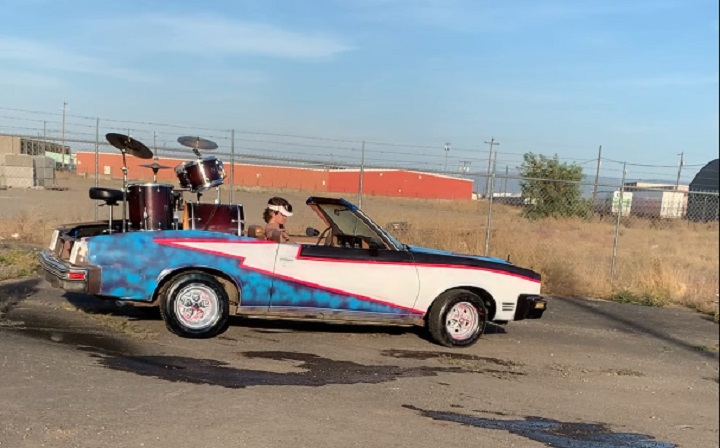 One rock band based out of Spokane, Washington, Vella La Vella, found a creative way to turn attention to their music during the COVID-19 pandemic. Rather than using social media or other outlets on the internet to promote their band, as we’re sure many of their peers were, Vella La Vella purchased a 1979 Pontiac Grand Prix, cut the roof off, and set out on a cross-country tour playing live pop-up shows in parking lots, parks and wherever else people could safely gather.

Getting a car for touring purposes like this may seem like a bit of a publicity stunt, but it’s actually rather smart practically speaking. Not only does the car serve as a mobile stage and power-generation center for the band’s equipment, it can also reliably take them from state-to-state without breaking the bank, 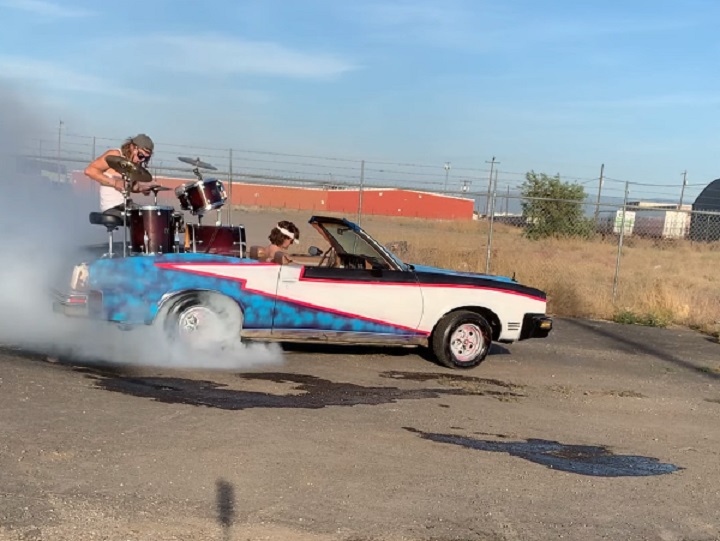 There’s one other upside to having a 1979 Pontiac Grand Prix as your mobile stage: burnouts! The rear-wheel-drive Pontiac can easily spin up its rear tires and convert the ratty old rear tires into smoke, acting as a sort of impromptu smoke machine and enhancing the rock n’ roll experience for the lucky onlookers in the crowd.

“Over the summer, we ran out of places to play our live music as COVID-19 took over and ruined a lot of the music scene, both locally and nationally,” said the drummer for the band. “I decided to make a mobile stage by taking a 1979 Pontiac Grand Prix and fabricating it into a truck-style ute and drilling my drumset into the bed. We decided to have me do a solo whilst my guitar player drove the car and do a massive burnout whilst I played; totally rad, right?”

Rad indeed, guys. Check out the video of this impressive little stage stunt embedded below.