With rolling pin drag rubber in back, two turbos breathing atmosphere direct through the front fascia, and a set of unmuffled exhaust pipes dumping just ahead of the front wheels, it’s obvious that Griffin Steinfeld’s 1956 Chevy Apache is one bad machine. Now, AutotopiaLA is showing us just how bad it really is in the following feature video. 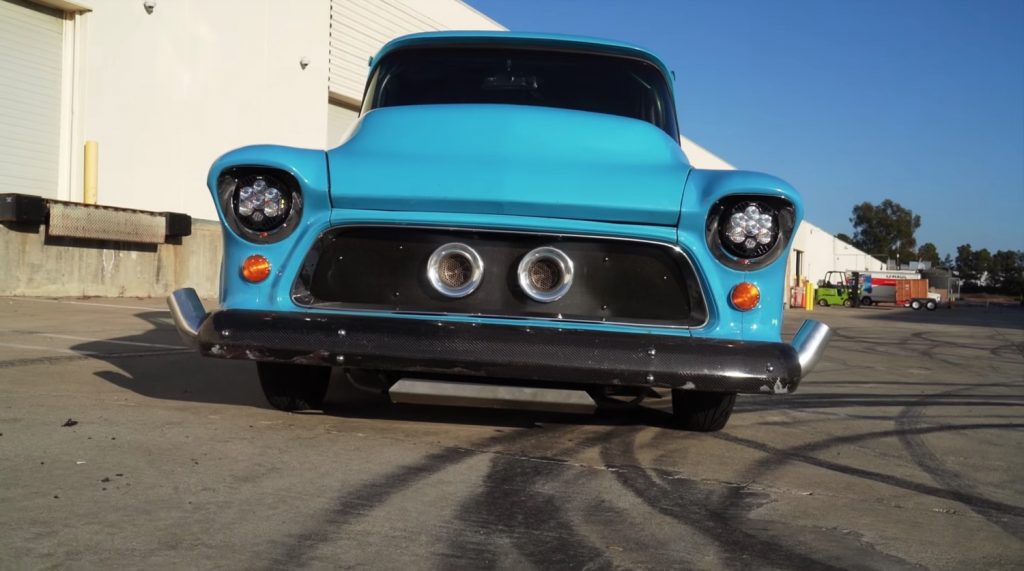 Steinfeld built his ’56 Chevy Apache to compete in Pro Street eighth mile drag racing, and truth be told, it’s got the right stuff to dominate at the truck, running a best time of  5.12 at 136 mph. It’ll even hit 60 mph in less than a second. 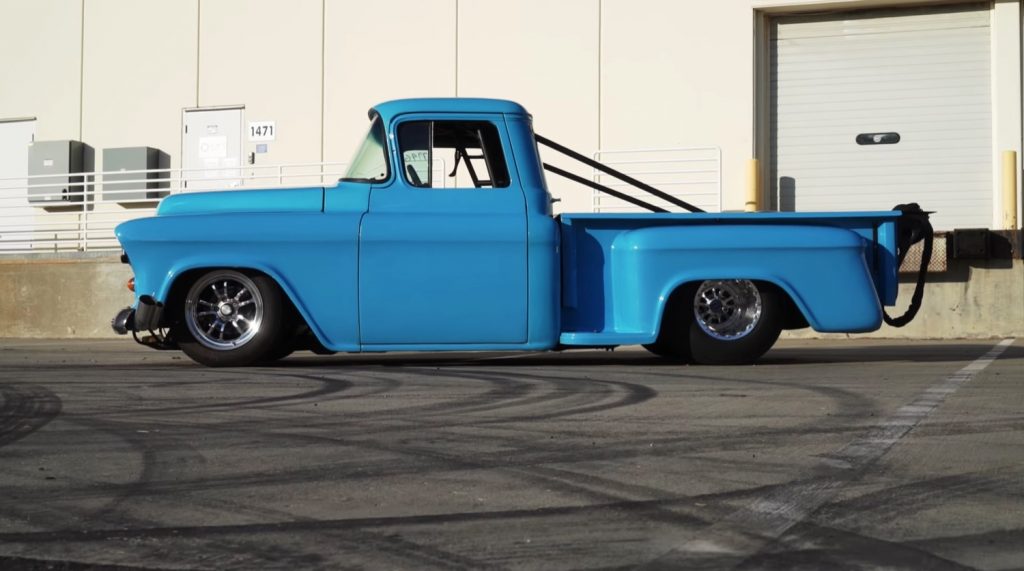 Covered in electric blue paint, you’ll definitely see this Chevy Apache coming. The fascia is equipped with LED headlamps and a carbon fiber lower lip, while more carbon can be found around the bed and drag parachute. Weld wheels are mounted in the corners. 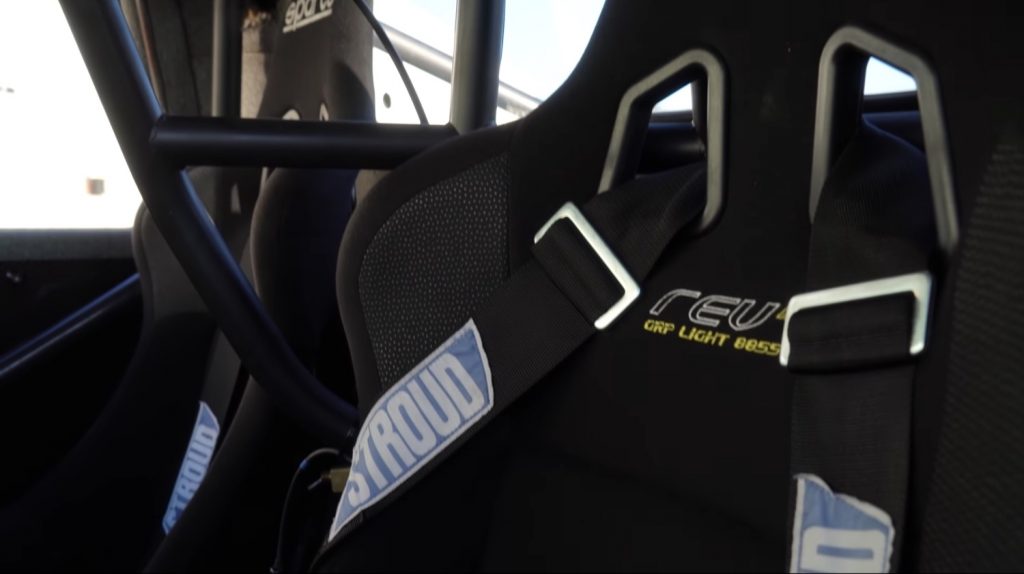 The cabin is mostly race car stuff, with Sparco seats and carbon work for the floors, not to mention a jungle gym of roll cage bars. Funny enough, there are still a few creature comforts retained, such as electric windows and a remote starter app for the smartphone. 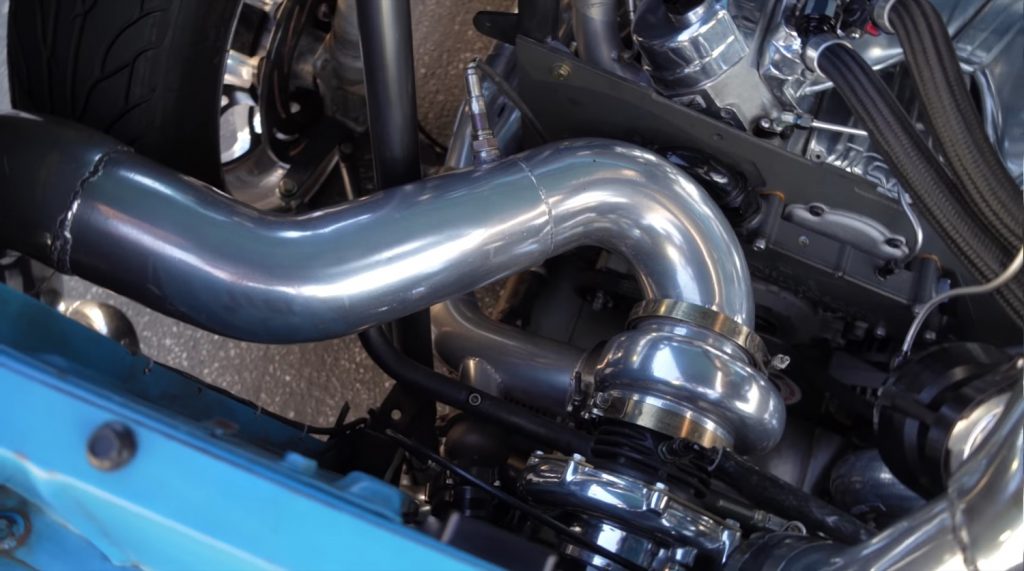 Output is astronomical. According to the owner, the V8 made over 1,400 horsepower on the engine dyno running a “low” 20 psi of boost, but with the full 41 psi, it’ll lay down a head-twisting 2,000 horsepower. 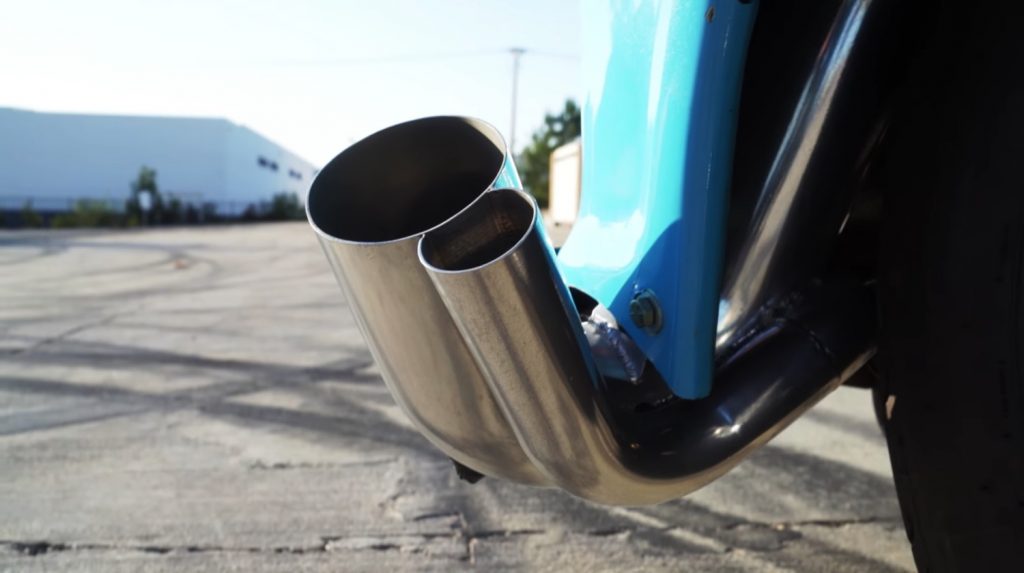 The engine mates to a Turbo 400 transmission feeding a Currie F9 rear end, while a full tube chassis is found underneath the steel body panels. The owner claims he still drives it on the street, but of course, it’s debatable just how “streetable” this thing really is.

Regardless, this Chevy Apaches is absolutely nasty, so hit play on the video below to see and hear it for yourself.