New images of a C8 Corvette prototype have appeared online, showing off what appears to be an up-and-coming go-faster variant of the latest mid-engine Chevy sports car. However, while some are labeling this as the C8 Grand Sport, we’re here to tell you that it is in fact the C8 Corvette Z06. 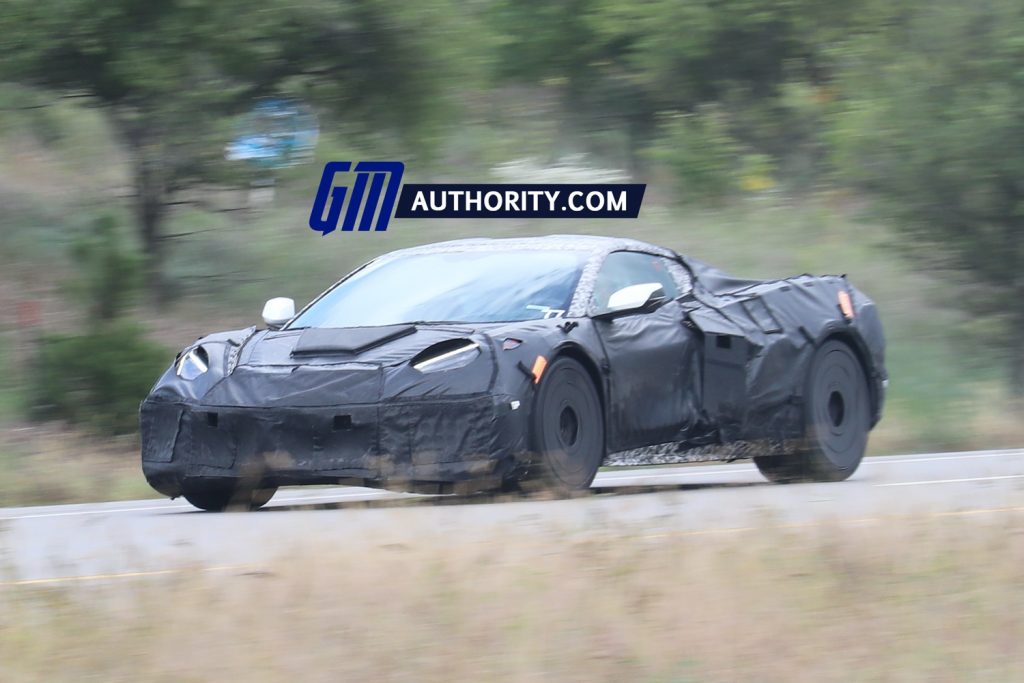 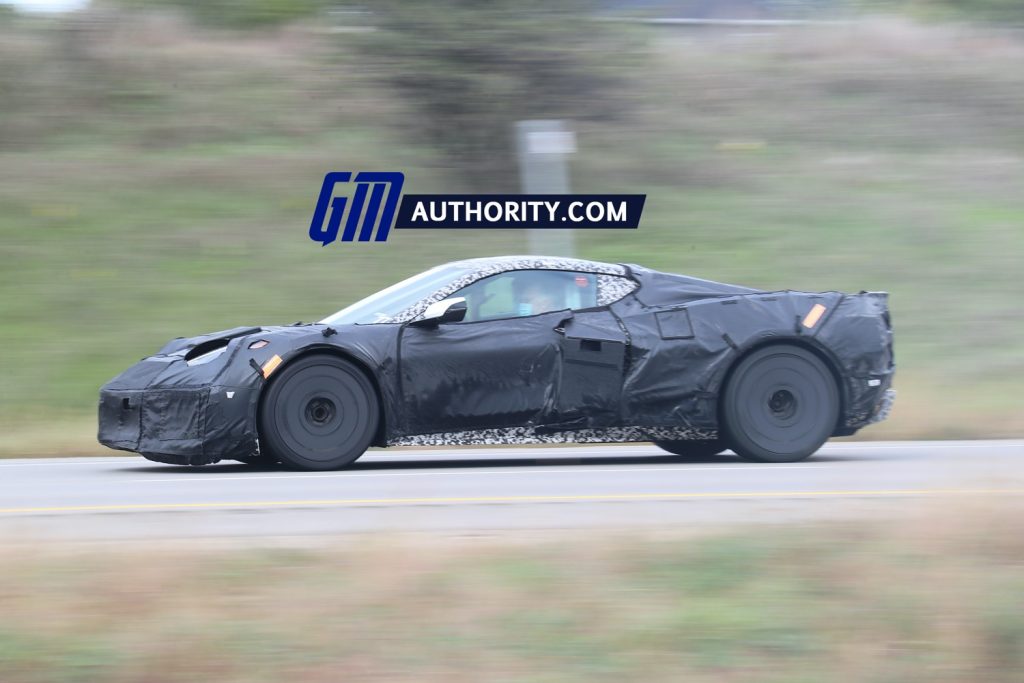 As for the C8 Corvette Z06 prototype pictured here, we see the same camouflage and exterior components as previous Z06 prototypes, including heavy black body covers, white-and-black camo for the body panels, and wheel covers at all four corners hiding carbon fiber rollers. 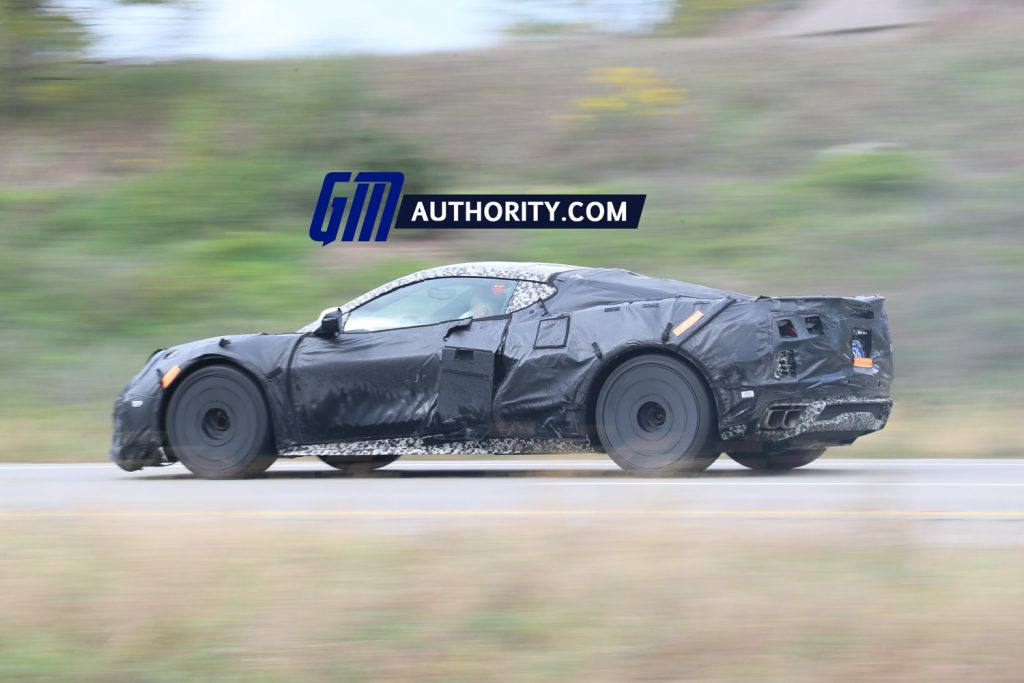 As GM Authority has reported for the last year, the C8 Corvette Z06 will come equipped with the naturally aspirated 5.5L V8 LT6, which includes a flat-plane crank, dual overhead cams, and 32 valves, with a redline in the 8,500- to 9,000-rpm range. Output should be around 600 horsepower and between 480 and 550 pound-feet of torque. This engine is previewed in the competition-spec Corvette C8.R, and brings the Z06 nameplate back to its roots as an atmospheric track-ready speed sled.

Additionally, the new Z06 is expected to offer three individual aero packages with a mix of active and passive features. 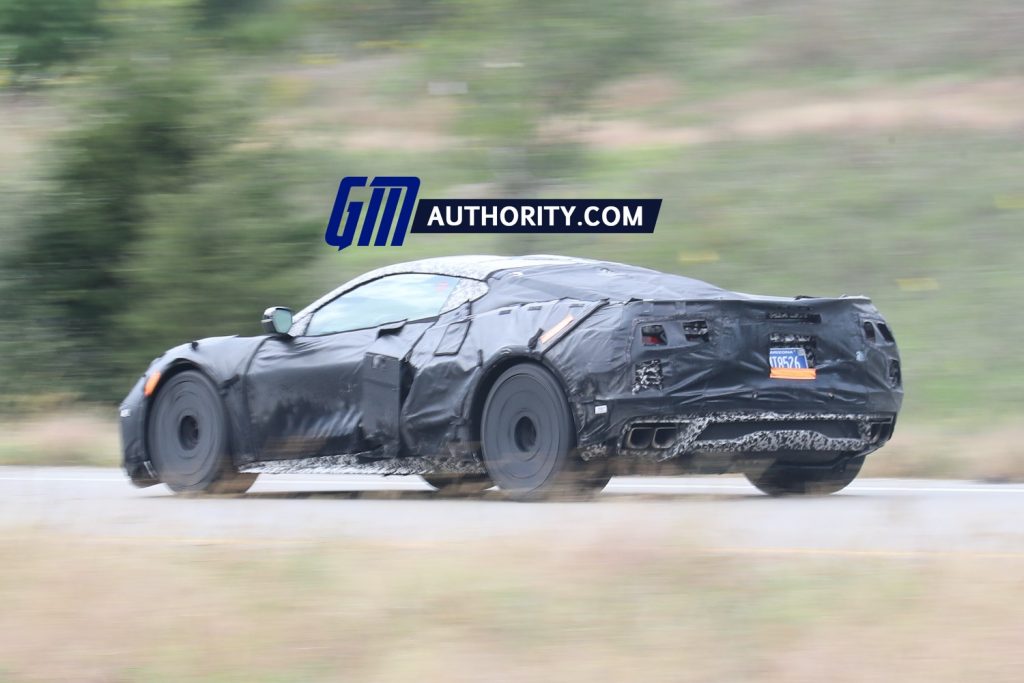 The upcoming C8 Corvette Z06 is expected to arrive in the second half of the 2021 calendar year for the 2022 model year.

The new C8 Corvette Z06 will also be the first of several go-faster mid-engine Chevrolet Corvette variants, with the C8 E-Ray, C8 ZR1, and C8 Zora following later on in the model’s lifecycle.