When Cooper Bogetti was building his fourth-generation Chevy Camaro drag car, he had a fairly run-of-the-mill plan for it: yank out the stock V6 engine, drop in a turbocharged LS of some sort and, hopefully, go quick in the quarter-mile. He eventually decided that he had been around enough turbocharged LS drag cars in his life, though, so he wanted to do something different.

With a turbocharged LS V8 out of the question, Bogetti opted for what is probably the next best drag racing engine for an amateur on a relatively small budget: a Toyota 2JZ. This turbocharged 3.0L inline-six engine was found in a variety of Toyota and Lexus products in the 1990s and early 2000s (most famously the Toyota Supra) and responds well to boost thanks to its cast-iron block, closed deck and various other design strengths. 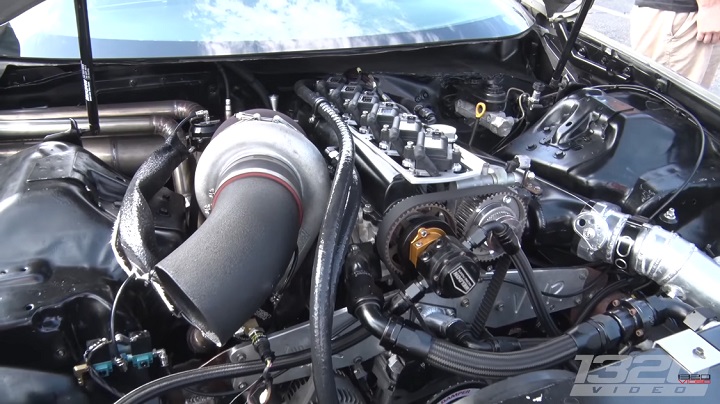 With a massive 85mm precision Precision turbocharger bolted to it, Cooper’s home built, Toyota six-cylinder powered Chevy Camaro is good for a massive 1,100 horsepower. Power is sent to the rear wheels through a Powerglide automatic transmission, helping this “Trailer Park Supra”, as Bogetti calls it, put down consistent eight-second quarter-mile runs.

While we’re sure regular readers of this site would prefer Bogetti stuck with a GM lump for this car’s powerplant, it’s always nice to see a GM enthusiast doing something different. There’s no denying this setup is working well, too. His Camaro is probably the fastest six-cylinder fourth-gen in the world, and he thinks that with a little bit of suspension tuning, it will be able to go even faster in 1320.

Check out the video embedded below to see this just how fast this surprisingly quick six-cylinder Chevy Camaro can go in the quarter-mile.