The Cadillac presidential limousine known as The Beast, which was specially developed by General Motors for the federal government, cost nearly $1.6 million USD to build – making it 53 times more expensive than the average car in the United States.

A recent study conducted by British automotive research firm MotorEasy identified the world leaders with the most expensive state limousines and compared the cost to that of the average car in that particular country. 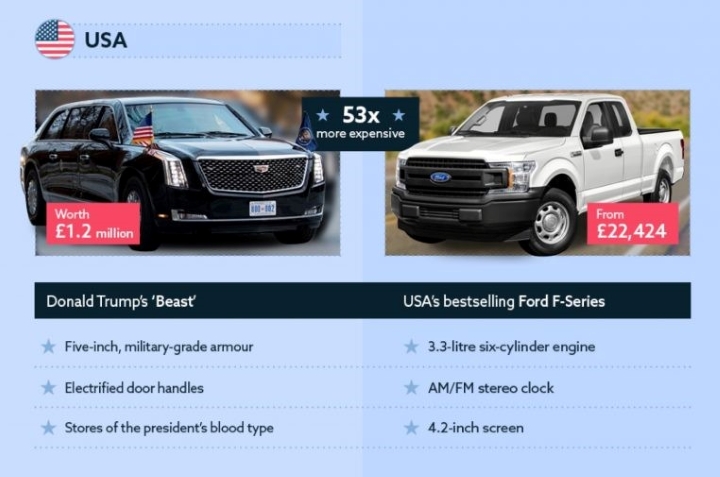 The Beast, an armored Cadillac limousine specially designed to keep the president safe when making major public appearances, costs the equivalent of £1.2 million, according to MotorEasy, or $1.57 million USD at current exchange rates. The Ford F-Series, which is the best-selling vehicle in America, has an average transaction price of £22,424 ($29,516 at current exchange rates), MotorEasy found, making The Beast 53 times more expensive than the most popular vehicle in the country.

That might seem like a ridiculous expense at first, but The Beast is heavily armored and is thus an important tool in the Secret Service’s arsenal as they work to the president safe. Very little is known about the limousine for rather obvious security reasons, but we know it has a diesel engine (likely a Duramax V8) and has styling heavily inspired by the now-defunct Cadillac CT6 sedan.

One of The Beast’s more famous appearances was at the Daytona 500 earlier this year, when Trump lapped the Daytona International Speedway in the limo prior to the start of the Great American Race, which was eventually postponed due to rain. 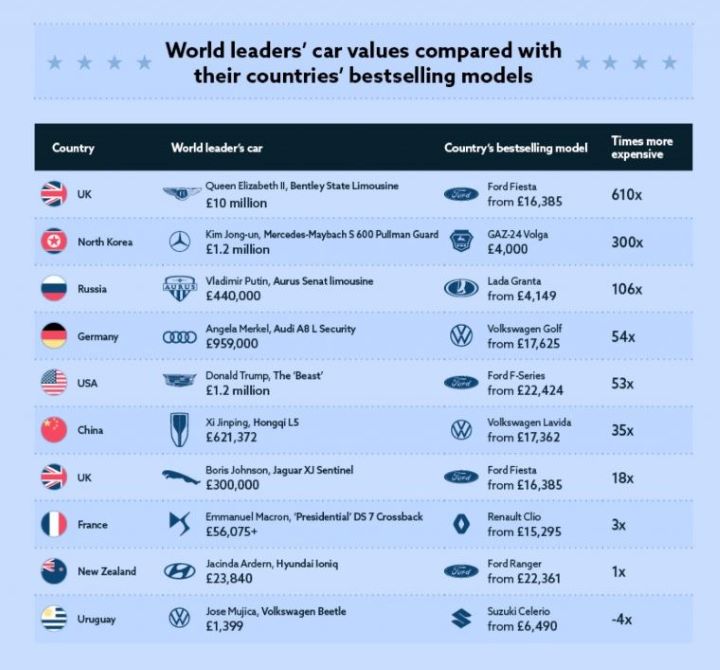