Produced continually between the 1963 and 1999 model years (excluding the 1994 model year), the Buick Riviera was known for its classy luxury and head-turning style. A second generation was introduced for the 1966 model year, with a wider, longer body, and heavier curb weight, not to mention a more pronounced exterior and sharp front fascia. Now, this slick ’67 Buick Riviera restomod is up for sale. 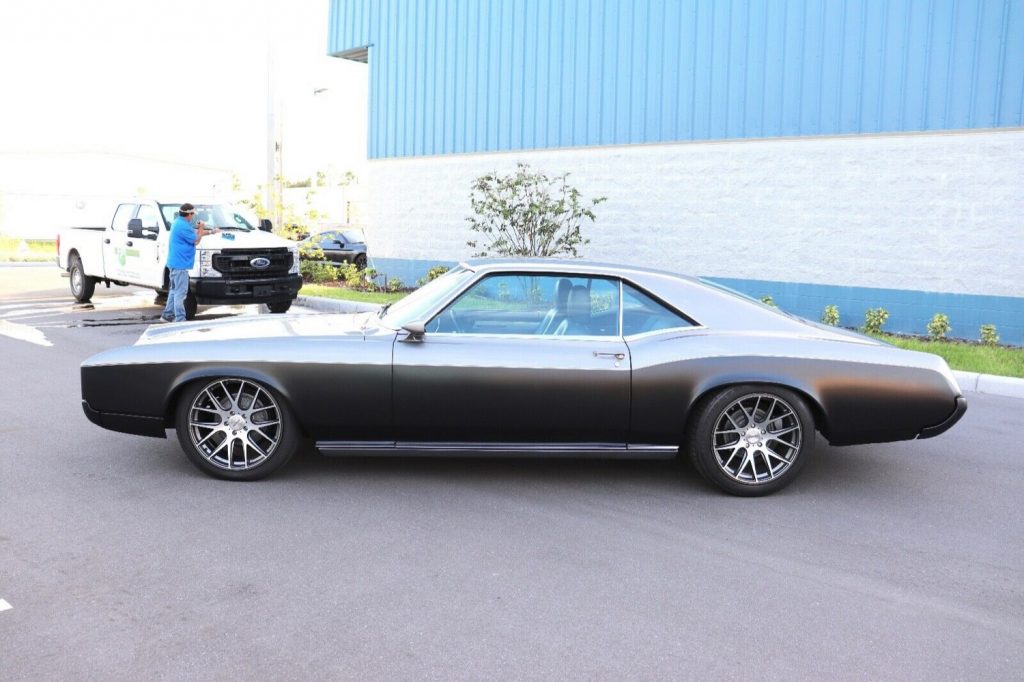 The first thing to grab us about this two-door coupe is the two-tone paint treatment, which includes bright silver on top of dark gray, enhancing the stylish shoulder line. The front end looks good with the Riviera’s simple grille insert and horizontal bars, while the corners rock Vision wheels sized at 20 inches in diameter. The rollers also come with a staggered width front-to-back, while electric fold-down hideaway headlamps keep it all looking nice and clean. 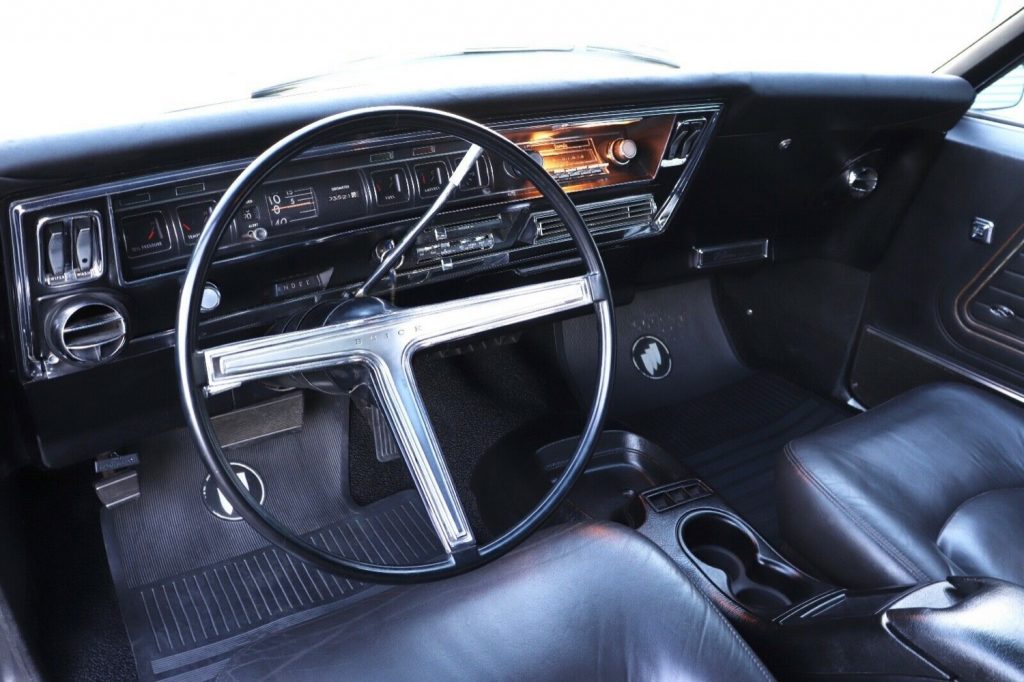 Highlights in the cabin include leather upholstery, as well as fully operational power windows and power seats. Further features include power steering and power brakes, as well as a remote mirror upgrade. In the dash, this ’67 Buick Riviera also comes with the original AM radio, while the footwells are lined with the original Buick rubber floor mats. 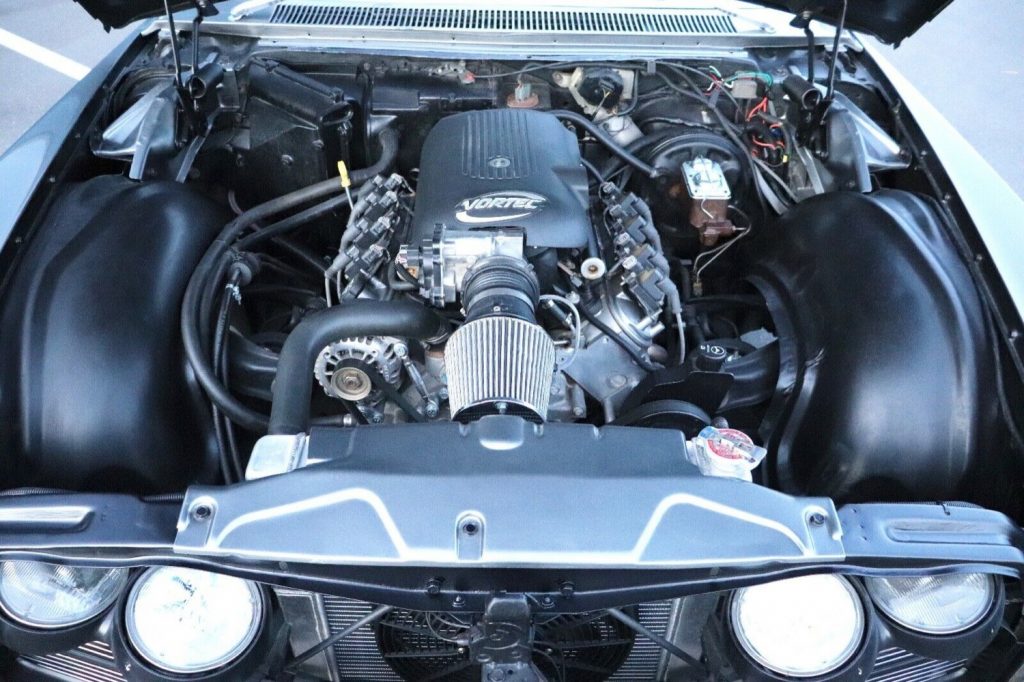 The new V8 feeds an automatic transmission to drive rear wheels, while happy noises are sent through a stainless steel dual exhaust system. 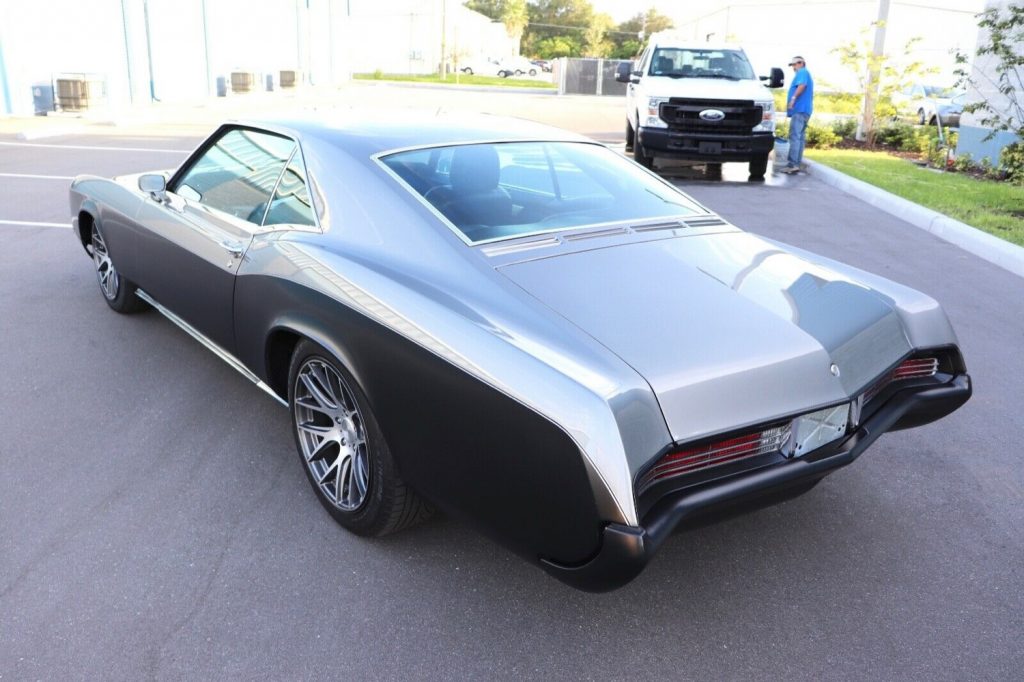 Under the skin, the original frame was equipped with new shocks and springs, while the drum brakes were repainted to match the silver exterior. 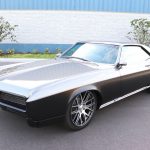 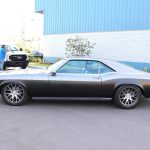 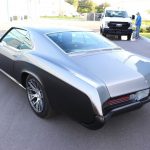 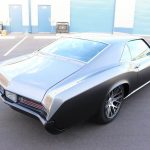 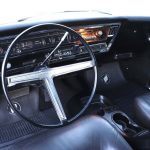 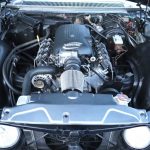