Sam Schmidt was rendered a quadriplegic after a horrific crash at the now-closed Walt Disney World Speedway back in 2000. While the crash ended Schmidt’s driving career and left him confined to a wheelchair, the IRL race winner has been able to return to the driver’s seat in recent years with the help of new technology developed by Arrow Electronics. Now, thanks to Arrow, Schmidt’s getting the opportunity to get behind the wheel of a particularly exciting new car: the mid-engine C8 Corvette.

Arrow Electronics has been working with Schmidt to develop the Semi-Autonomous Motorcar or (SAM) for the past six years or so. The experimental vehicle, which was originally based on a C7 Corvette Stingray and then a C7 Corvette Z06, allows Schmidt to steer using his head movements and modulate the throttle and brake by sucking and blowing through a tube. Schmidt has already raced Mario Andretti and went up Pikes Peak in his specially prepared Corvette, and once even drove NBC Today host Harry Smith through Manhattan in it, so Arrow figured it was time to take the project to the next level. 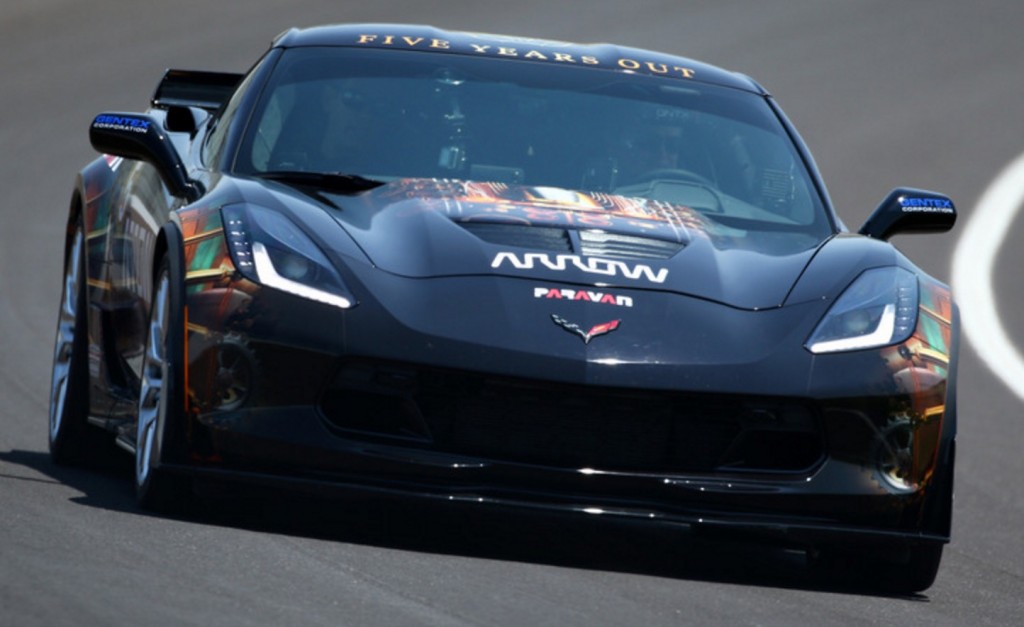 The company recently unveiled the latest C8 Corvette Stingray-based SAM Corvette, dubbed the SAM III. Schmidt plans to compete in the upcoming Optima Ultimate Street Car Challenge event with his new SAM C8 Corvette, which is being held at the National Corvette Museum Motorsports Park. In entering the USCA event, Schmidt hopes to help pave the way for other injured race car drivers and maybe even war veterans to be able to compete in different motorsports categories using systems similar to the SAM.

Arrow Electronics will also serve as the title sponsor for the upcoming USCA round to promote Schmidt’s participation in the event. The company wants to help spread the word about the SAM, as it’s willing to hand over the technology for free to anyone who can put it to use. Eventually, Arrow hopes a similar system could be used by a quadriplegic person to help them drive themselves to and from the store, to work, or wherever else they may need to go, though it’s not quite at that stage yet.

USCA events are open to vehicles of all makes from any year, although they must be road legal. The events include a road course time attack, autocross, road rally, speed stop and judging events, with competitors encouraged to extract as much performance out of their vehicles while also retaining road car creature comforts like heating and A/C and a radio. Schmidt’s Corvette will be bone stock apart from the sophisticated electronics system that allows him to properly drive it, though he’ll be looking to prove how well the SAM system works, rather than trying to win the event outright.

Round 7 of the 2020 USCA season will kick off at the NCM Motorsports Park on October 10th.