General Motors recently pulled the sheets on its next-generation full-size SUV lineup, including the 2021 Chevrolet Tahoe, 2021 Chevrolet Suburban, 2021 GMC Yukon, and 2021 Cadillac Escalade. In addition to new designs, new dimensions, and new engine options, each SUV also offers the latest in-vehicle technology, such as an advanced Rear-Seat Media system. However, buyers that opt for the system will need to bring their own media, as it does not come with the capability to play DVDs or Blu-Ray discs. 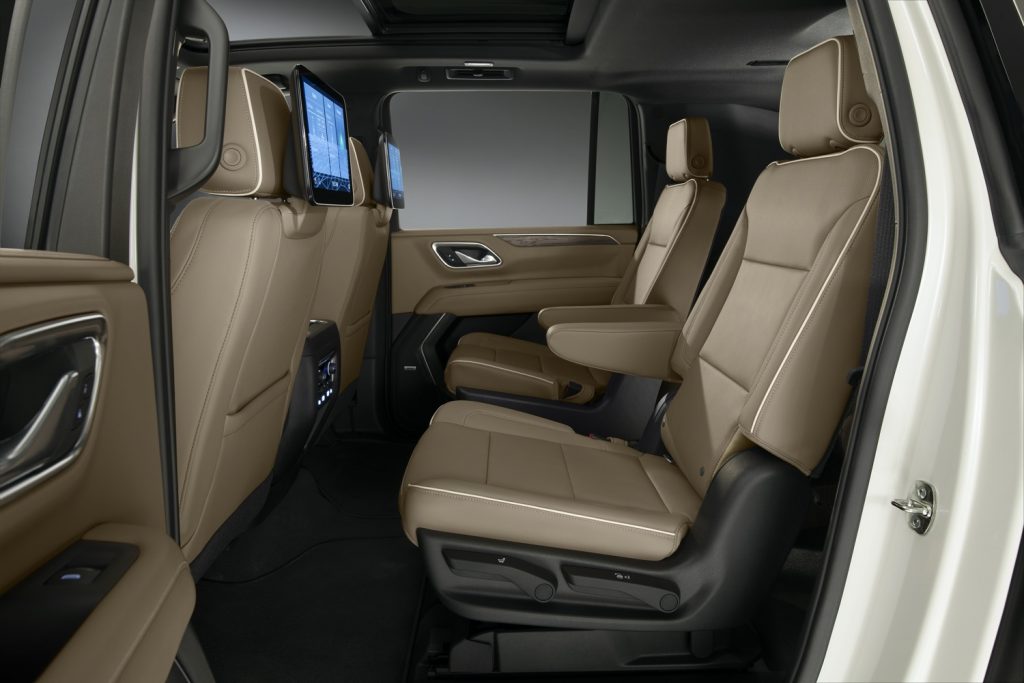 Instead, users will be required to plug in an external device using the onboard USB-C and HDMI ports, or use the Miracast screen mirroring feature on Android devices. Users can plug in things like a Playstation, Apple TV, Roku, Chromecast, Amazon Fire TV, and Sling TV. Critically, there is no factory-installed DVD or Blu-Ray player, which may make it difficult for those owners that rely on hard copies of all their favorite media.

As a reminder, the new GM Rear-Seat Media system adds dual 12.6-inch touchscreens to the headrests of the first-row seats, which allow passengers on both the second and third row to view the screen content. The screens will also tilt for better positioning, while users can either share content, or view different content between the two screens. 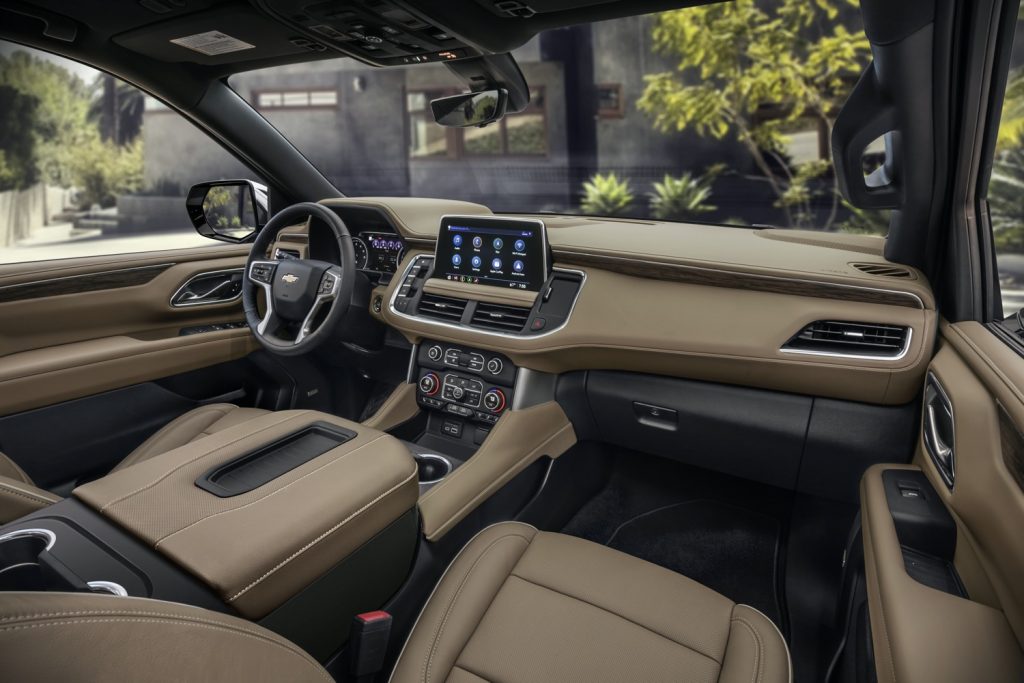 What’s more, the Rear-Seat Media system will connect to the navigation system and allow rear-seated passengers to send points of interest to the central infotainment screen in front. For example, if a passenger would like to eat at a specific restaurant, they can then send the address to the driver.

Making the most of the Rear-Seat Media system are features like an available 4G LTE data plan and built-in Wi-Fi hot spot. 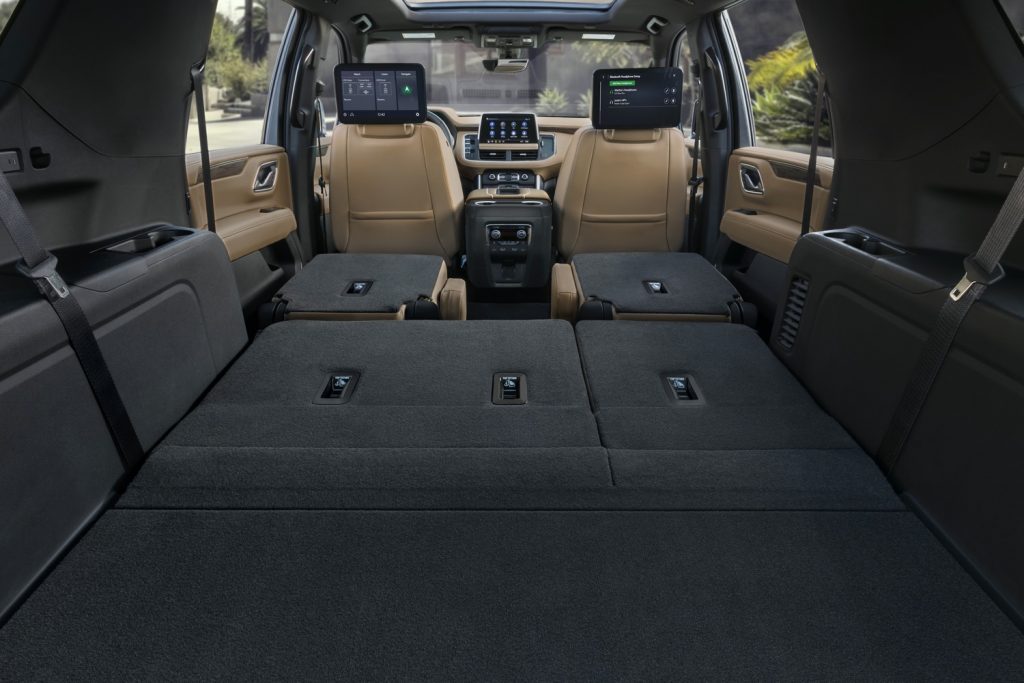