Standing out at the annual SEMA Show in Las Vegas takes four things – imagination, skill, and ungodly amounts of time and effort. Indeed, putting together a custom build that gets noticed in the sea of bespoke automotive awesomeness that is SEMA is difficult, to say the least, but CTP Concepts in Gardnerville, Nevada, pulled it off last year with Nighttrain, the insane custom Chevy Flatbed you see before you. 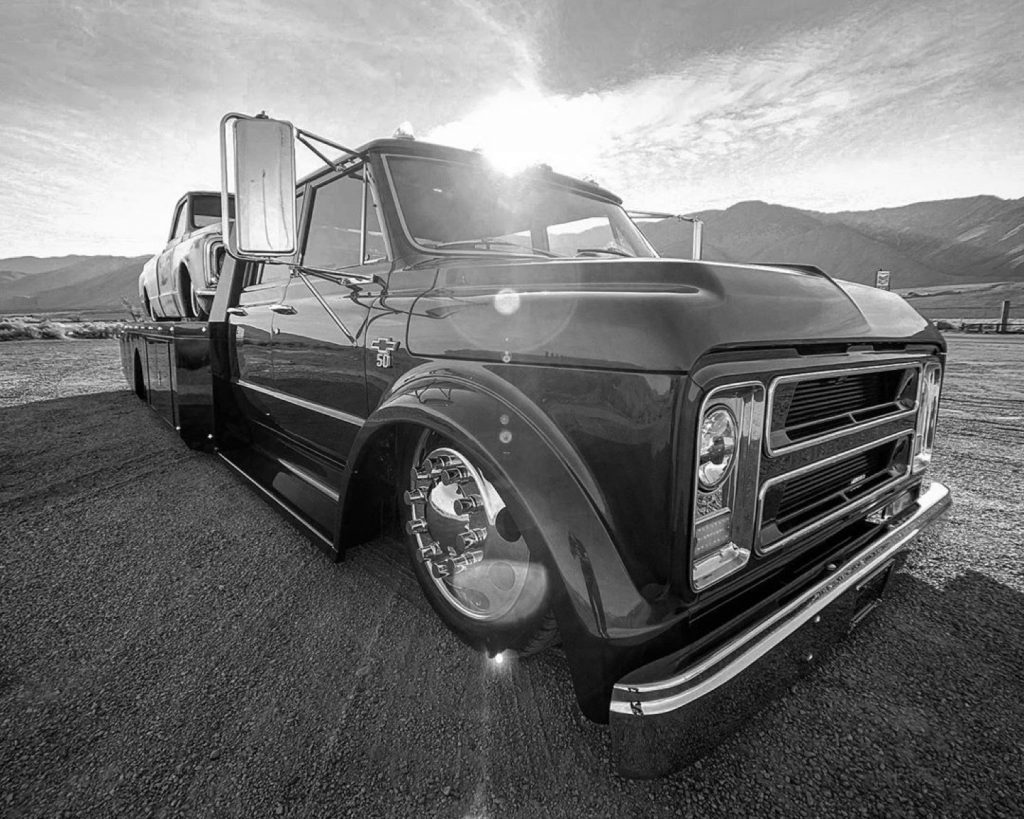 In case you missed GM Authority’s profile back in November, Nighttrain is a custom 1968 Chevy C50 Crew Cab that’s simply dripping with cool details and unique touches. The man behind the machine is Travis Pruis, owner, operator, builder, and head honcho extraordinaire at CTP Concepts. GM Authority recently got a chance to chat with Pruis about his shop and how he turned a passion for Chevy pickups into a business, as well as the exciting projects we expect to see in future. 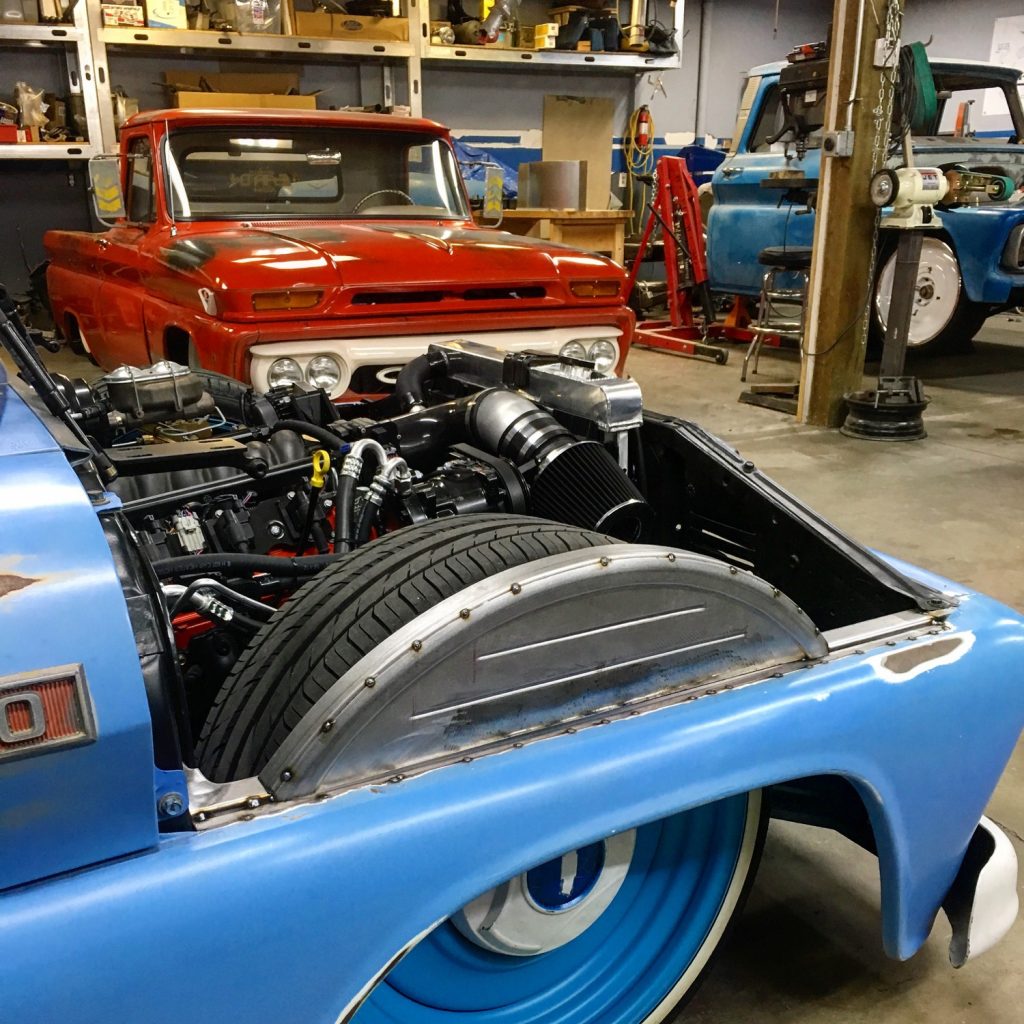 Pruis has been building custom vehicles for most of his life, and while he has an appreciation for automobiles of all shapes and sizes, his passion started with ’67 – ‘72 Chevy pickups. “Those are probably my favorite ones mainly because my dad had one. Growing up we had a ’72 that he bought brand new, and that was our truck to go on family trips, camping in, to the lake, towing boats, things like that.” 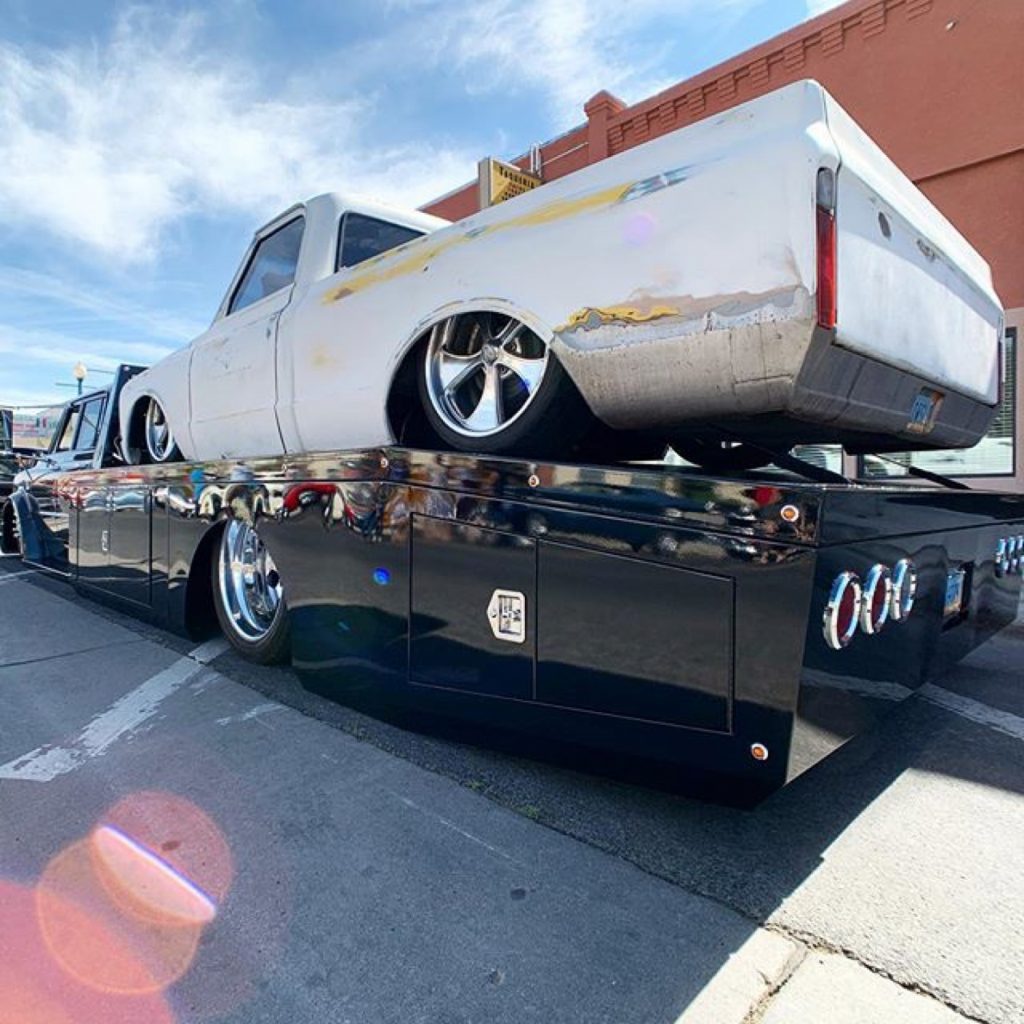 When he turned 16, Pruis decided he wanted a truck of his own, and naturally, he gravitated towards a ’67 – ‘72 C/K series he could build with his dad. “That was the body style that my dad always liked, I think it was kind of instilled in me.”

Over the years, Pruis provided his skills as a builder to friends from the local car club, but before long, he saw an opportunity to turn his passion into a business. At the urging of his girlfriend (now his wife), Pruis ended up launching CTP Concepts in 2014. 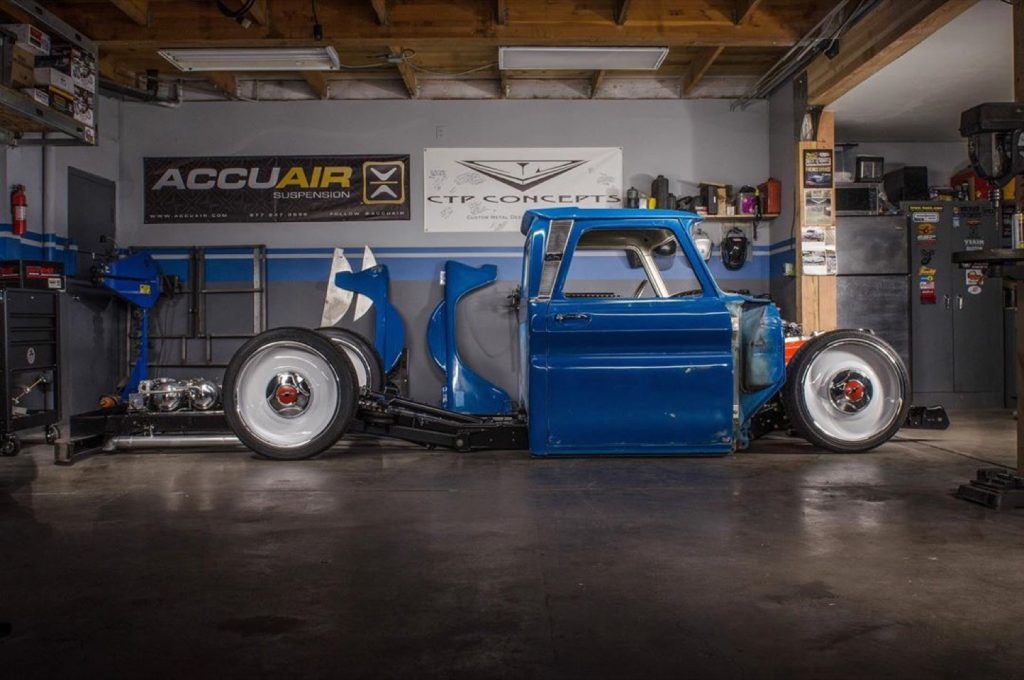 These days, CTP Concepts specializes in building Chevy and GMC pickups, as well as metal fabrication and other custom work. Interestingly, a lot of the shop’s customers come from Southern California. In addition to customer builds, CTP Concepts is also ironing out a few odds and ends for the Nighttrain Chevy C50 before it heads off to its new owner (more on that later). Most exciting, though, is CTP Concepts’ new Chevy C50 build. 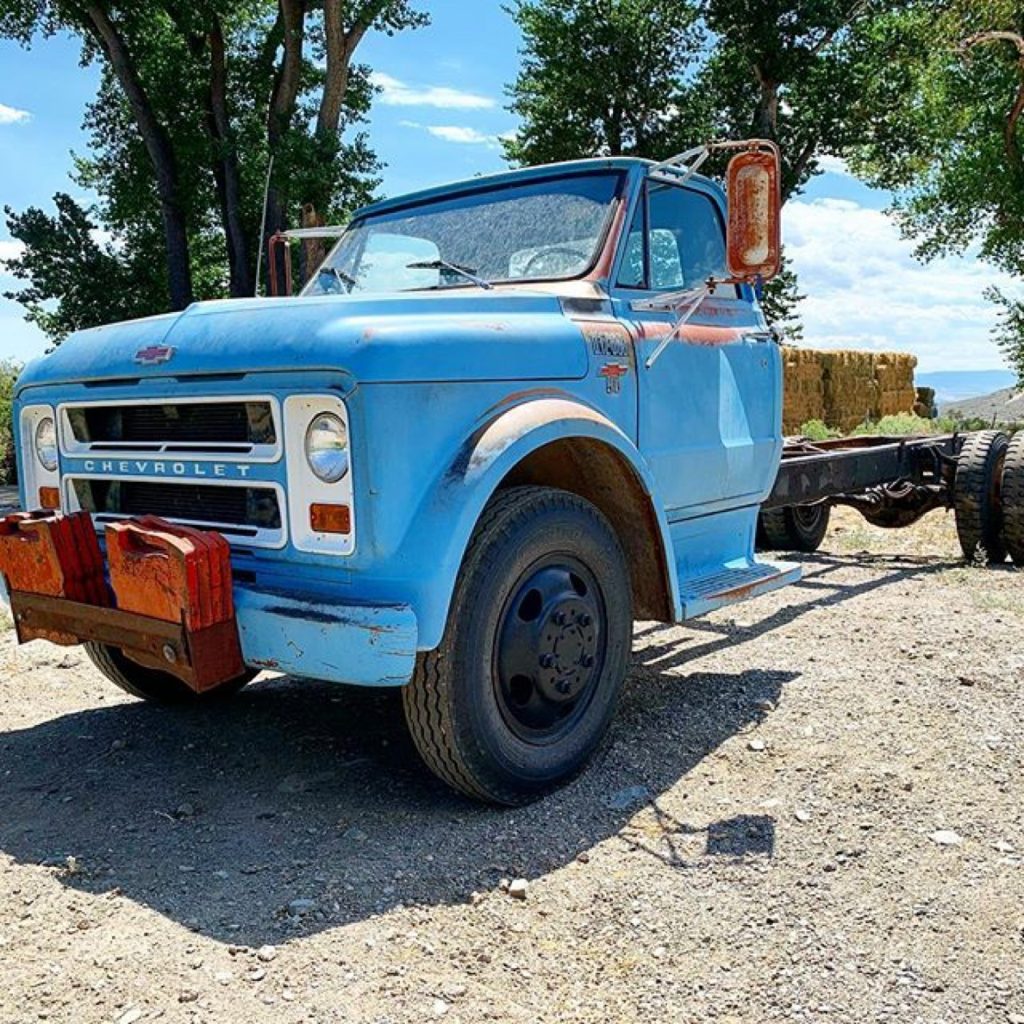 “I found a patina truck,” Pruis tells GM Authority. “All-original ’67 C50, original paint truck. That’s what’s gonna be coming up here, car hauler and the whole deal again.” Pruis says the original cab will stay intact, while a new Duramax powerplant will be installed under the hood. We can’t wait to see the final product. 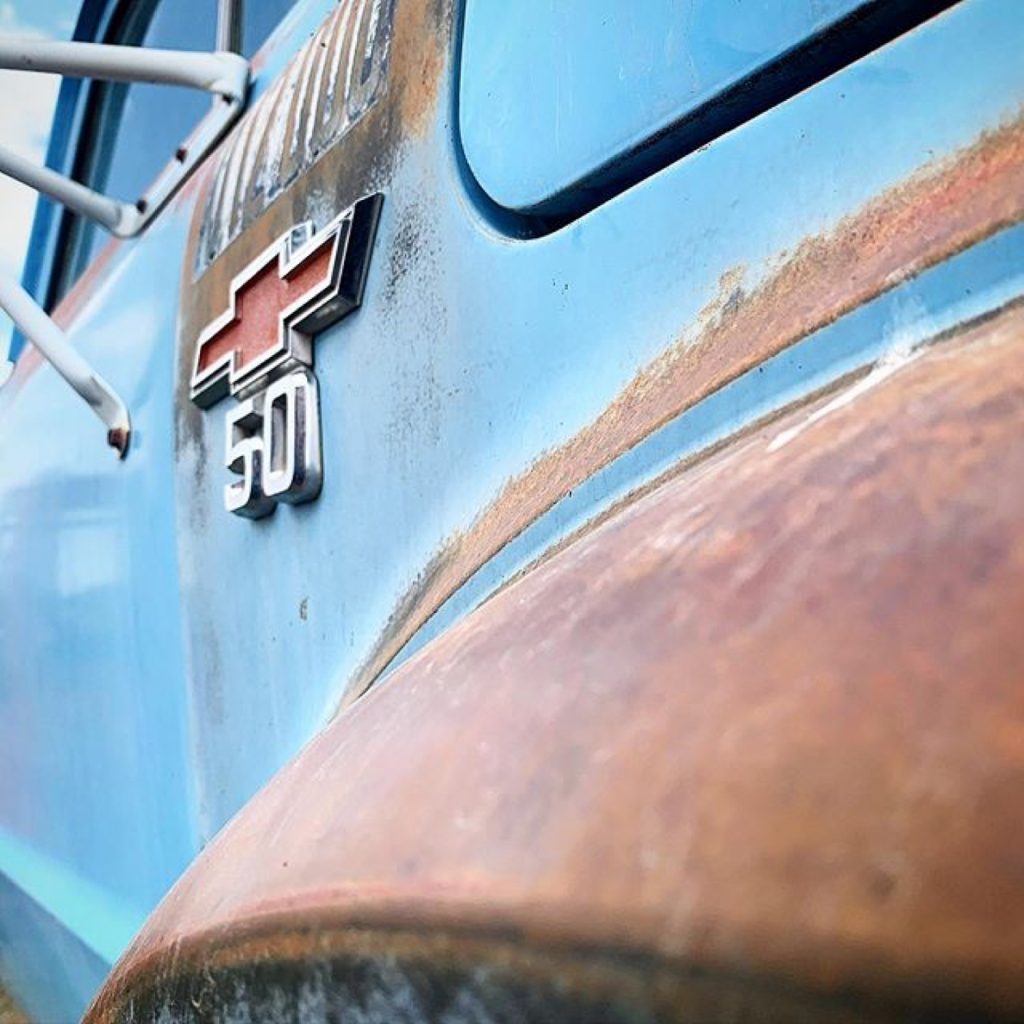 Stay tuned, as we’ll have more on CTP Concepts and the Nighttrain Chevy C50 build posted soon. In the meantime, subscribe to GM Authority for more Chevrolet news and around-the-clock GM news coverage.