A man from Bangor, Maine was arrested this week after he stole a 2015 GMC Sierra that had a utility trailer hitched up to it and led police on a dangerous high-speed pursuit. 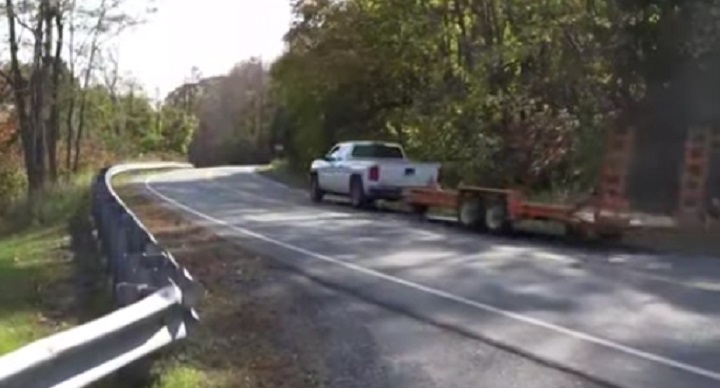 According to local NBC affiliate News Center Maine, the Bangor Police Department received a report about a stolen 2015 GMC Sierra on Thursday morning. Soon after, they located the vehicle and attempted to stop it. The thief, 28-year old Paul Johnston, then fled, racing down Interstate 95 and crossing into the neighboring town of Hermon. 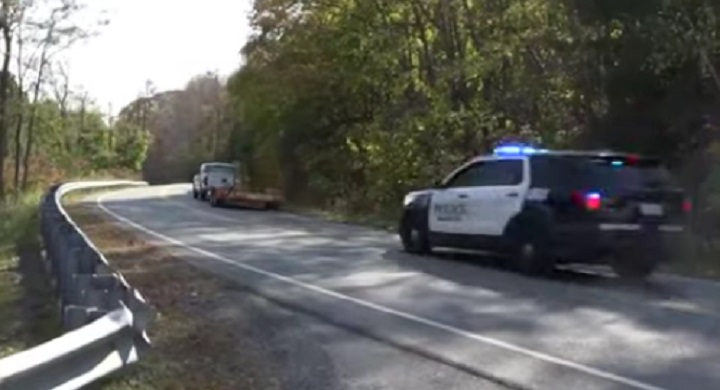 Deputies with the Penobscot County Sheriff’s office eventually managed to deploy spike strips ahead of the truck, puncturing its tires and allowing troopers to bring it to a stop in the town of Carmel, Maine. Johnston was arrested without further incident and now faces multiple charges including eluding an officer, violation of conditional release, criminal speeding and driving to endanger.

It’s not clear why Johnston decided to steal the truck or how he was able to make off with the vehicle. One thing is for sure, though: a 2015 GMC Sierra in work truck specification with a trailer hitched up to it is far from being the ideal getaway vehicle. Not only is a relatively slow and very cumbersome, but it’s also easy for the public to identify even if the driver does manage to evade police momentarily. It’s not hard to keep your eyes peeled for a speeding GMC Sierra with a bright orange trailer being dragged behind it, after all.

The police in Maine are still looking for some more information on this case, so if any of our readers that live in the area happened to see something, they can get in touch with the right state police troop at 207-973-3700 (extension 9).

Check out the NBC report below to see real footage of this harebrained thief evading police in his stolen, trailer-shod GMC Sierra.