The Lotus Europa may not be the most attractive car, but with a low kerb weight and well-sorted mid-engine chassis, it still offers the same sort of driving enjoyment one would expect from a Lotus-badged product. This made it the perfect project car for Rand Swanson, who wanted to combine the might of a General Motors LS V8 engine with the spry handling of a European sportscar. 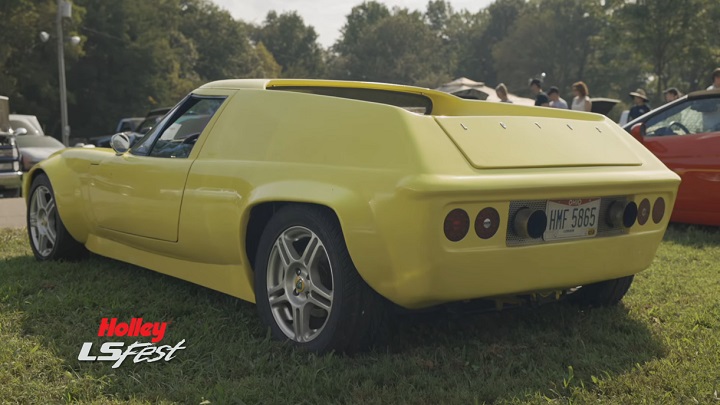 Holley recently caught up with Swanson and his GM LS V8 swapped Lotus Europa at Holley LS Fest East, which was held not far from the GM Bowling Green Assembly plant in Kentuckty. Swanson bought his Europa from a race team that was using it as a parts car, he told Holley for a recent YouTube video documenting his unique Lotus, so he only ever had a Europa body and chassis. He then sold the original chassis to another Europa enthusiast after deciding to drop a GM LS V8 in the car, building his own custom chassis using the front and rear clips from a Mazda MX-5. 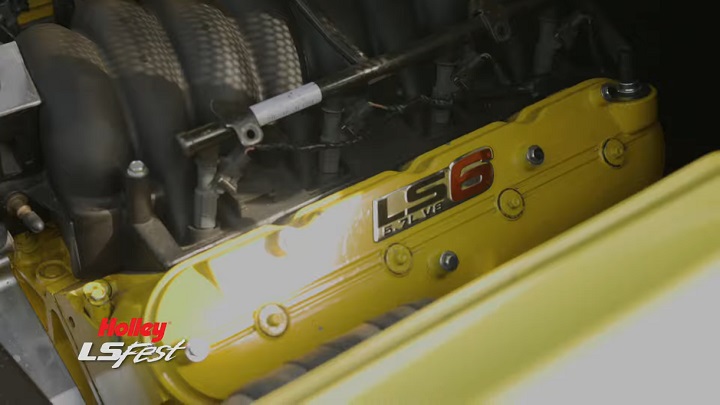 While building a custom chassis was likely more work than modifying the original chassis, it was necessary for Swanson. He can’t properly fit in a regular Lotus Europa and was forced to move the front wheels forward by nine inches to accommodate his large frame. He also moved the rear wheels back by three inches to fit the engine, so this little Lotus has been stretched quite considerably. This likely gives it some additional stability in medium and high-speed corners, though, and the added steel hasn’t had much of an impact on the vehicle’s weight – it still only weighs 2,100 pounds! 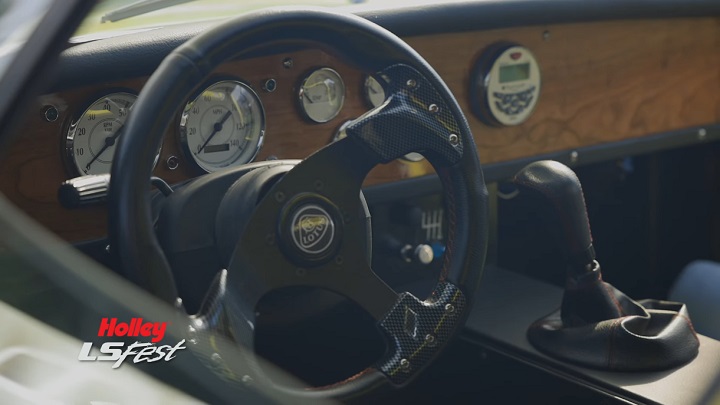 Once he had the chassis sorted, Swanson married the GM LS6 V8 engine to a five-speed transaxle pulled from an early Porsche Boxster. The LS6 is mostly stock, but with only 2,100 pounds to pull, the stock 385 horsepower output of the GM LS6 V8 is plenty in this little package. 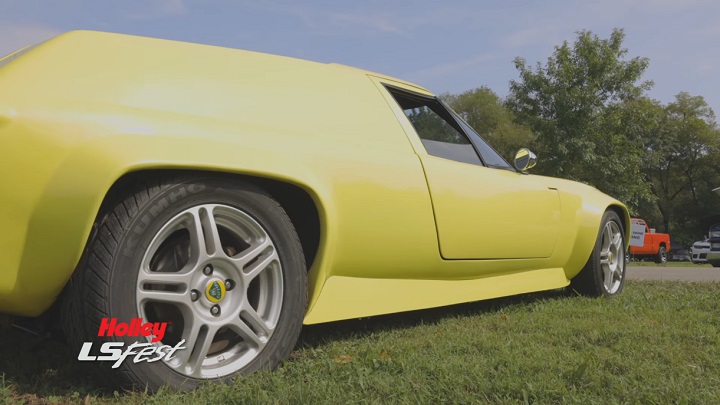 Hear what Swanson has to say about his custom Lotus Europa in the video embedded below.