Joey Logano held off a last-lap assault from Kevin Harvick to win Sunday’s Hollywood Casino 400 from Kansas Motor Speedway and secure his spot in the Round of 4 of the NASCAR Cup Series Playoffs.

Logano’s pit crew set him up for the win after the No. 22 Ford Mustang driver dove into the pits for the final time under caution with 47 laps to go. His Team Penske crew managed to get the No. 22 out in front of Harvick’s No. 4 Stewart-Haas Mustang for the restart, and with dirty air making it hard to pass on the 1.5-mile tri-oval, there wasn’t much Harvick could do to work his way past his fellow playoff contender in the remaining laps. Harvick got close enough to attempt a pass on the second-to-last lap, but the experienced Team Penske driver swatted him away with a well-placed block. 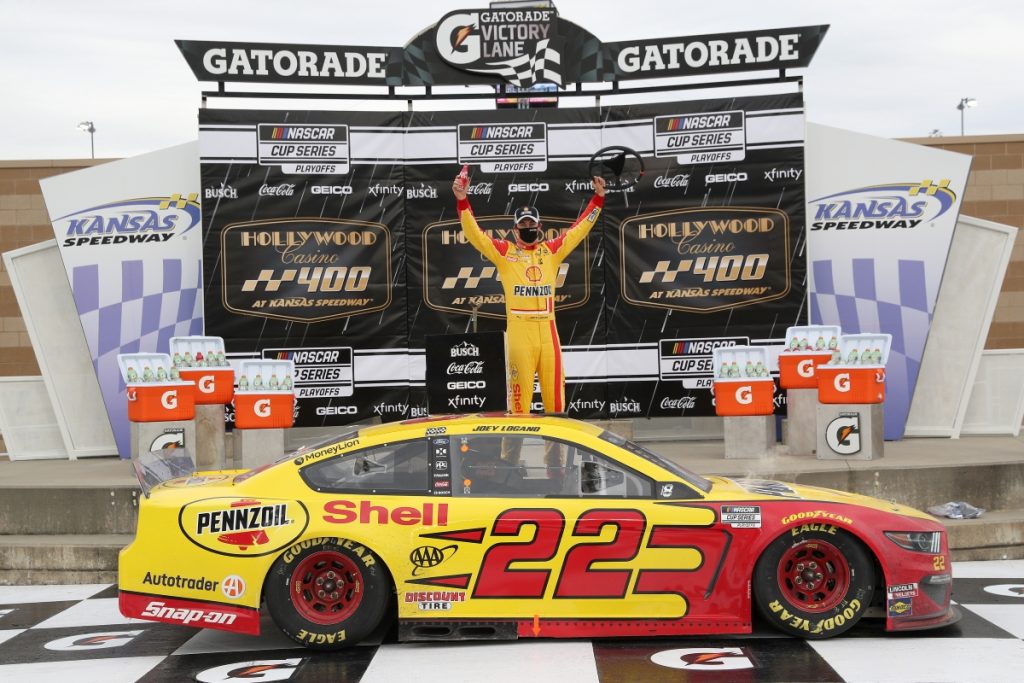 “You gotta want it, man,” Logano said post-race. “What an amazing team this Shell Pennzoil team is. Oh my goodness. Pit stops put us in position and got us the lead. The (No. 4 Mustang) was fast, he was real fast especially on the straightaways and I thought if I could hold him off the first 15 laps I had a chance and actually dirty air was best for us and as I caught lapped traffic I was able to gap ourselves.”

“We weren’t the best behind somebody but I had a lot of options as the team made the car better,” said Harvick of the battle. “Good run for us, wish we could have won, just one short.”

“I needed the lapped cars to time out well, but Joey’s a good blocker.” 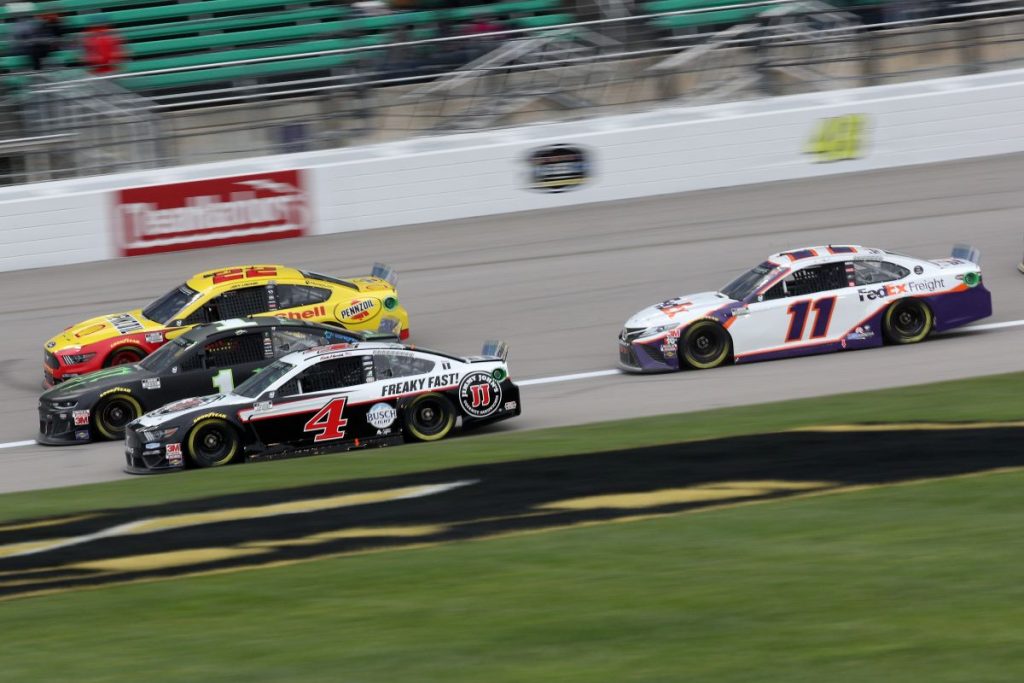 One of the last remaining Chevrolet Camaro ZL1 drivers in the field, Kurt Busch, suffered an engine failure on Lap 197, putting him in a must-win scenario for this weekend’s race at Texas. The driver of the No. 1 Chip Ganassi Racing entry was working his way through the field after falling to 19th at the end of Stage 1 and was hopeful for a strong points finish.

“It’s really weird,” The No. 1 Camaro ZL1 driver said of the engine failure. “Quality control is very high (at Chip Ganassi Racing). The amount of attention to detail, that’s at an all-time high. I mean, I haven’t seen an engine failure in years. Whether it’s a Chevy or a Ford or a Toyota, everybody is spot-on. So, it’s one of those fluke things we have to get to the bottom of.” 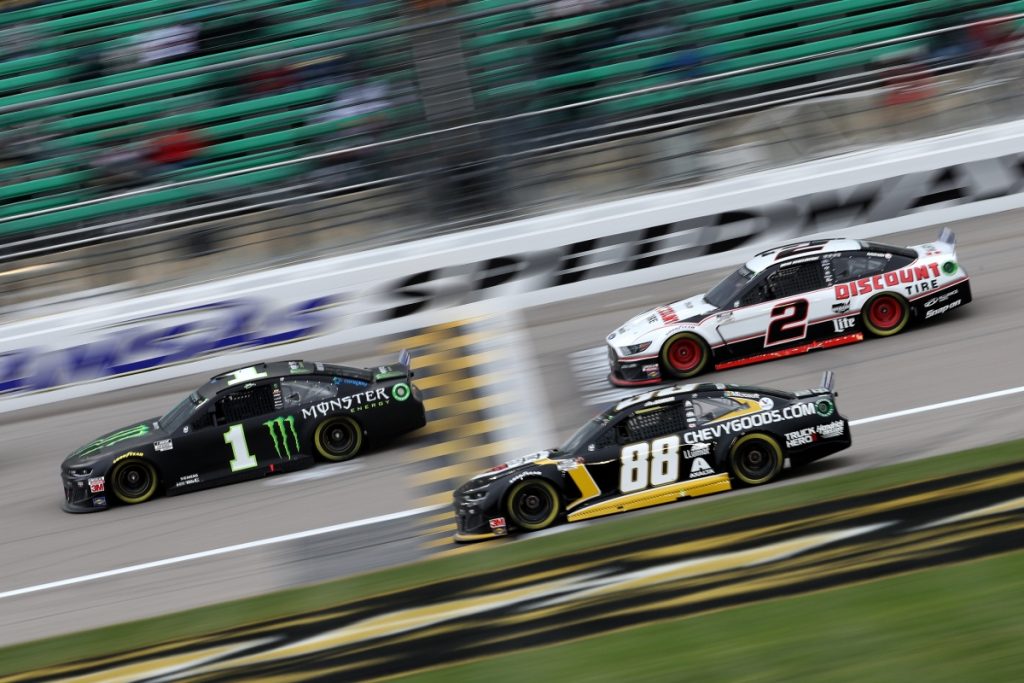 Check out the video embedded below for complete highlights from the Hollywood Casino 400 from Kansas Motor Speedway and click here for standings. NASCAR heads to Texas Motor Speedway next for the AutoTrader Echopark Automotive 500 on Sunday, October 25th – the second race in the Round of 4.