In the early 2000s, then General Motors chairman Bob Lutz sampled a VZ Holden Monaro and was so impressed with the sleek, low-slung muscle coupe that he went on a campaign to convince GM’s top brass that it was the perfect product for its North American customers. He eventually won them over and GM launched the Monaro in the United States and Canada for the 2004 model year, marketing it under the iconic Pontiac GTO nameplate.

A strong Australian dollar and other logistical headaches forced GM to price the reborn Pontiac GTO at a much higher point than it originally intended, leading to lower than expected sales. While the GTO was never a runaway sales success, its status as a low-volume, rear-wheel-drive muscle coupe from a now-defunct brand has made it a fairly desirable car among enthusiasts these days. 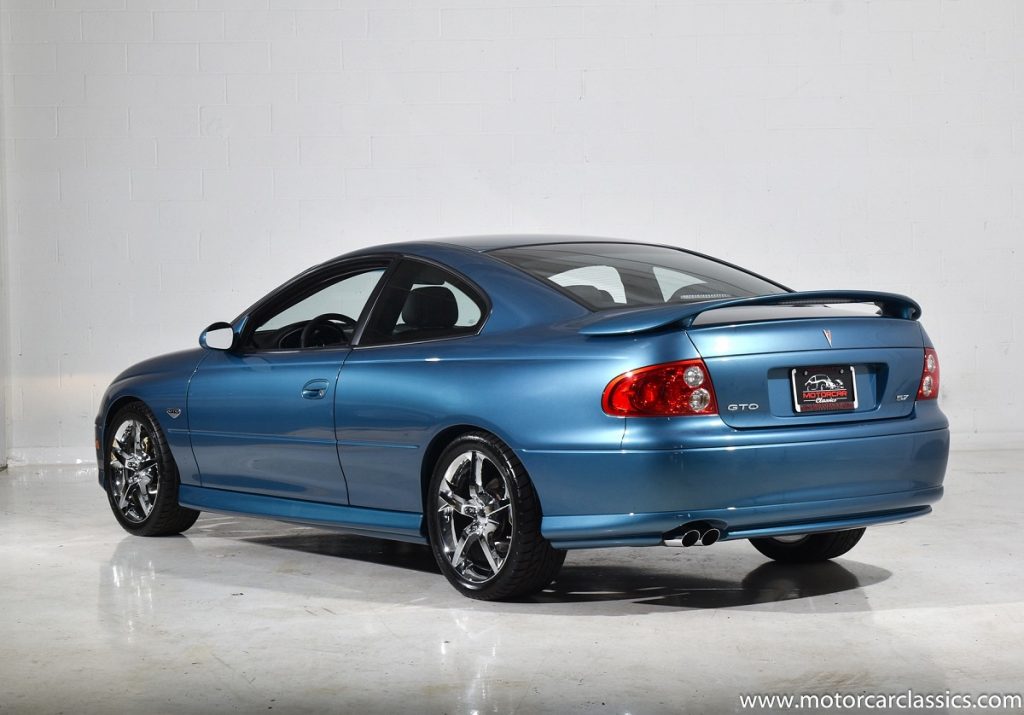 This 2004 Pontiac GTO, which is currently for sale at Motor Car Classics in Farmingdale, New York, is a perfect example of this relatively obscure two-door being offered for what we think is a reasonable price. This car is 1 of just 271 2004 Pontiac GTOs finished in Barbados Blue Metallic with a six-speed manual transmission and has just 489 miles on the odometer, so it’s practically brand new. The cabin, finished in Anthracite (black) leather, is also in near-perfect condition and comes with the original Blaupunkt head unit and 10-speaker audio system. 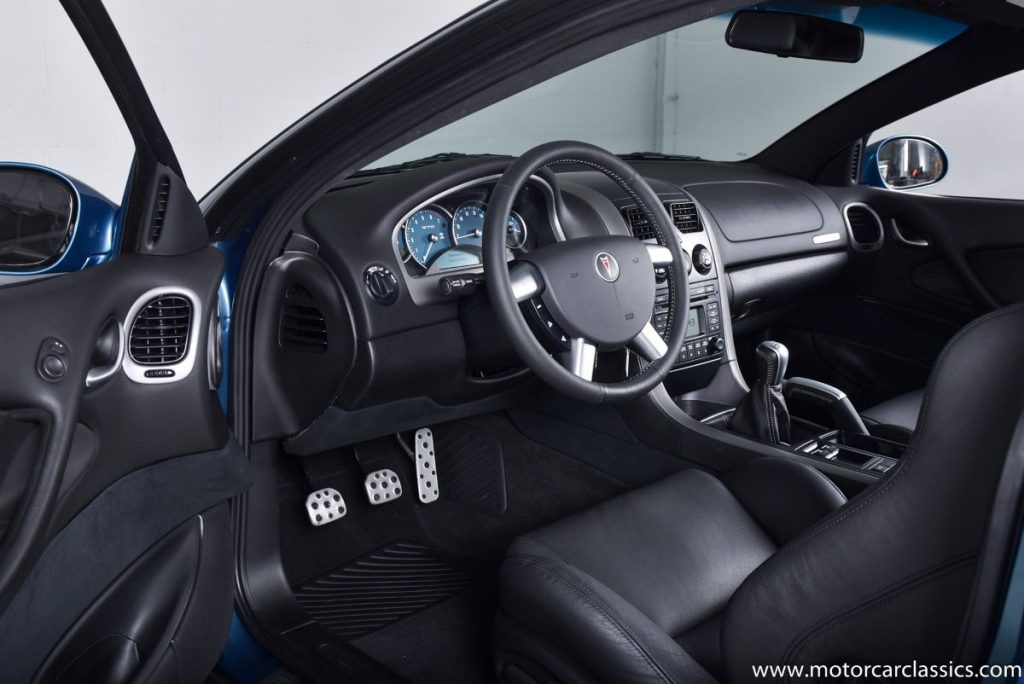 Apart from the aftermarket 18-inch wheels, the car is completely stock. That’s fine by us, though, as the GTO made a respectable 350 horsepower from its standard GM 5.7L LS1 V8, helping it accelerate from 0-60 mph in 5.3 seconds and complete the quarter-mile in the mid-13 second range.

The dealership is asking $32,900 for this like-new 2004 Pontiac GTO, which isn’t far off the car’s original MSRP of $31,795. We think a car like this will hold its value quite well and could even go up in value one day if the new owner takes care of it, so this could be a decent opportunity for a collector. Check out the listing at this link for additional information and photos.