The GMC Sierra is a great choice for anyone who needs a capable, well-appointed pickup, but for speed freaks, the standard vehicle may not be up to task. That’s where Hennessey Performance Engineering comes in with its Goliath performance packages, such as the Goliath 700 GMC Sierra AT4 featured here. 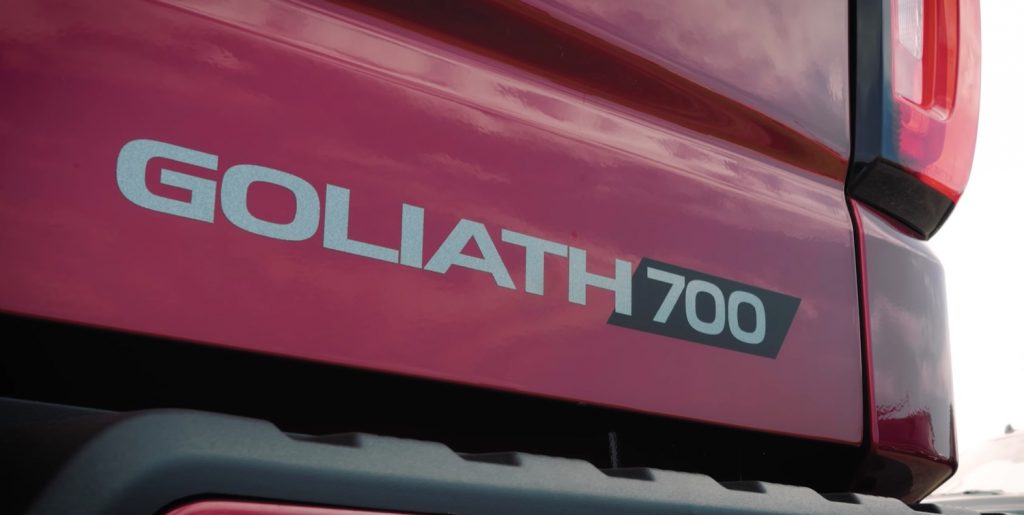 At about two minutes, 15 seconds, this video is brief, but it does a good job showing off the Hennessey-tuned GMC Sierra AT4. In the video, we see the beastly pickup as it goes for a drive around the Hennessey test track, showing off its impressive acceleration and roaring exhaust note, all while the lucky new owner soaks in the sounds and sensations from the passenger seat.

This particular GMC Sierra AT4 is equipped with the Hennessey Performance Goliath 700 package, which, as one could guess, boosts output to 700 horsepower at 6,300 rpm. That’s a mighty jump from the factory spec of 420 horsepower at 5,600 rpm and 460 pound-feet of torque at 4,100 rpm.

Properly motivated, the prodigious power increase enables a sprint to 60 mph in the low 4’s. Not too shabby for a massive off-roader like the GMC Sierra AT4.

In addition to the power upgrades, this particular GMC Sierra AT4 is also equipped with a few other Hennessey-branded goodies, like a new front bumper with five LED lamps, 20-inch, 10-spoke wheels, and a swath of badging and graphics.

All told, this upgraded GMC Sierra AT4 is a real beast. Watch it hit the tear up the tarmac by hitting play.