Restomods and custom classics walk a fine line between modernization and screwing up the factory good stuff. However, this 1959 Chevy Corvette convertible looks to strike just the right balance. 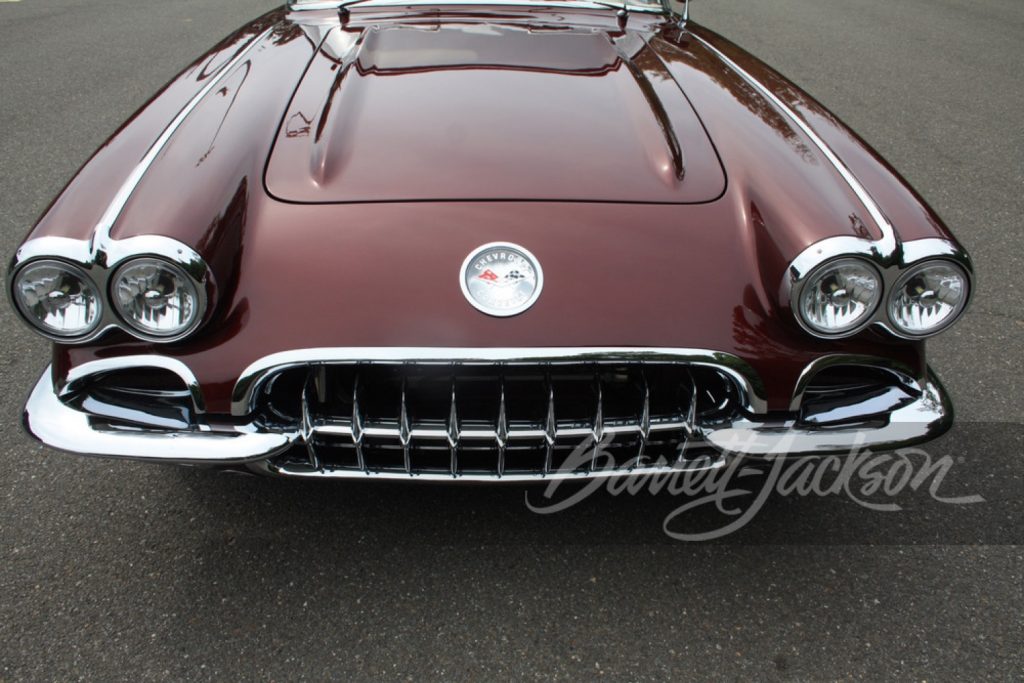 The first thing that grabs us is the way this Chevy Corvette looks, draped in Burgundy paint with silver accents to create a tasty one-two visual punch. The corners mount a set of Schott Fuel wheels, which look good on the classic Chevy Corvette lines, adding a custom touch without disrupting the iconic look of the classic sports car. The profile also revealed a stainless steel exhaust poking out in front of the rear wheels, while the soft top is done in a matching Burgundy color. The headlamps and taillights were also upgraded with LED lighting elements. 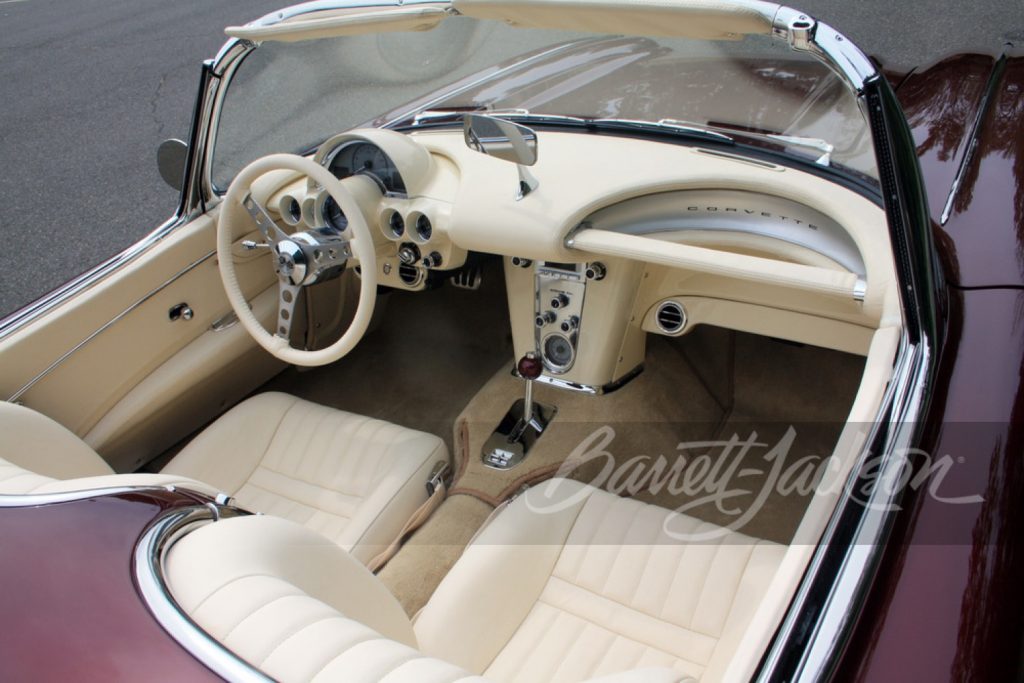 Inside is a gorgeous leather upholstery treatment with a cream finish. The instrumentation now includes Dakota Digital HDX gauges, which are mounted in the factory locations to keep the layout looking clean. There’s also a Vintage Air system and a modern stereo with Bluetooth connectivity, the latter of which feeds new speakers mounted inside the panels, plus a subwoofer in the back.

The seats were also redone, and still look stock, despite the new foam added for nice side bolstering. Power windows and leather-wrapped trunk complete the interior. 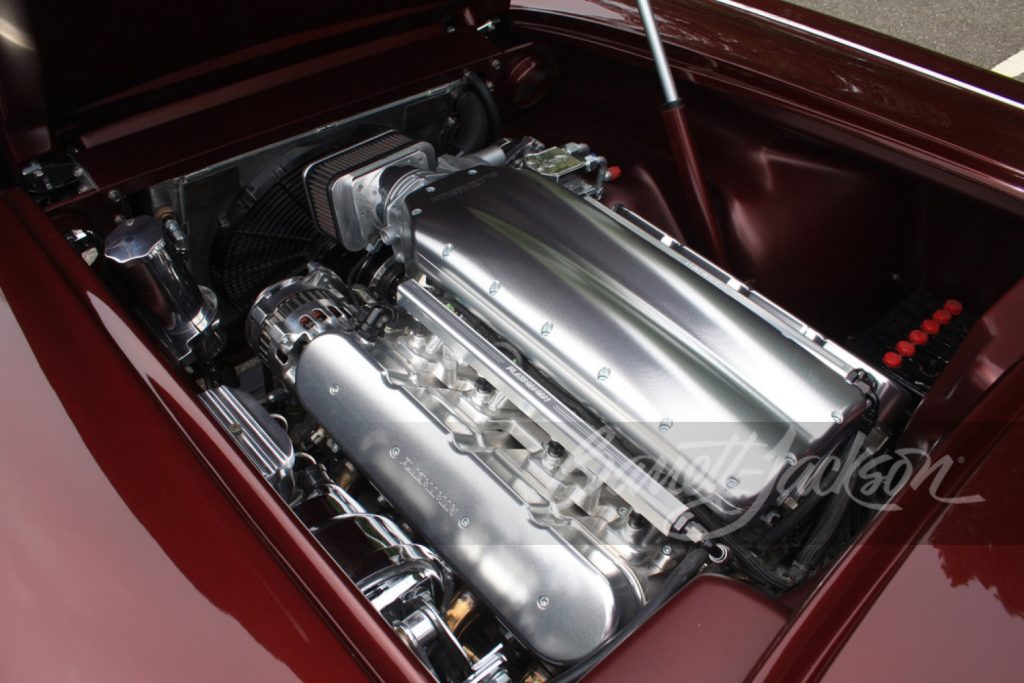 Open the hood, and you’ll find the 376 cubic-inch LS3 V8, which connects to the rear wheels by way of the 4L70E four-speed automatic transmission. The motor is classed up with a billet intake and valve covers, while under the skin, this Chevy Corvette runs a new frame and suspension, the former of which was powder-coated in silver. Modern Corvette Z06 brakes haul it all down, while adjustable QA1 coilovers, power steering, and power brakes round out the handling and suspension. 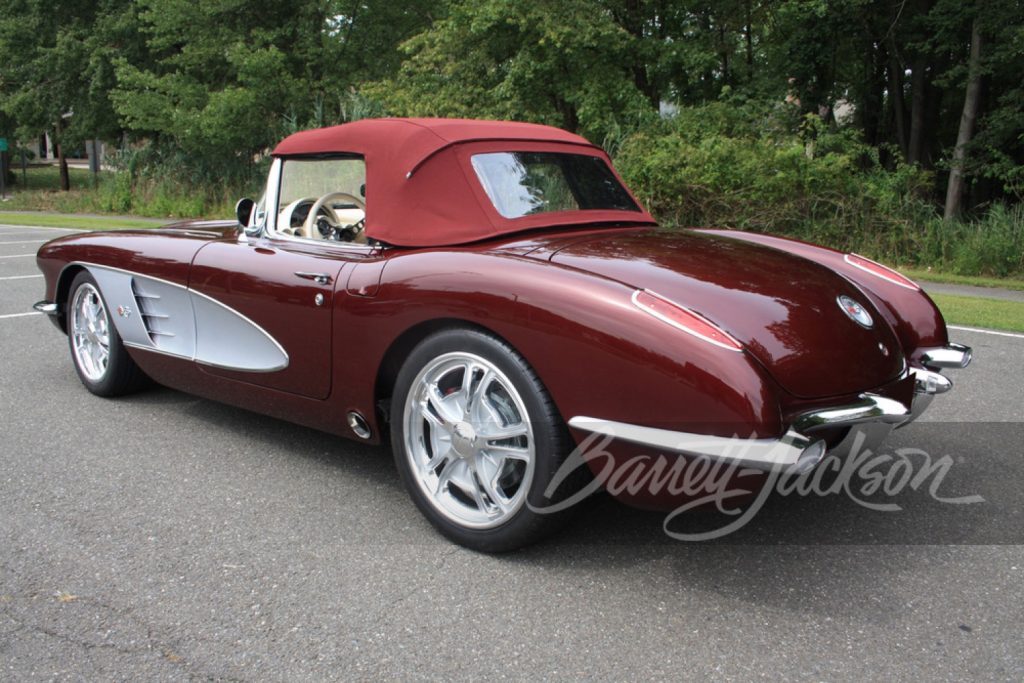 Now, this custom 1959 Chevy Corvette convertible is offered as Lot number 771 at the Barrett-Jackson Fall Auction 2020, hitting the block with no reserve. 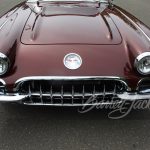 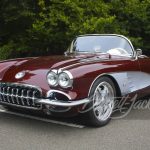 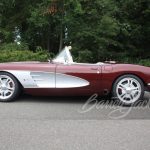 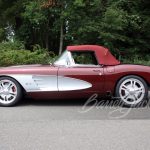 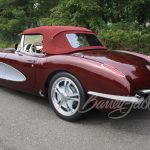 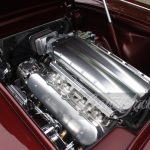 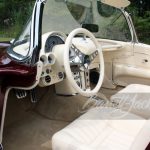 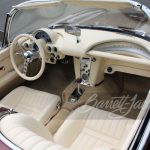