The teaser video, appropriately titled “The Quiet Revolution is Coming”, opens as text flashes across the screen proclaiming the GMC Hummer EV will “shatter all expectations.” It then invites viewers to “reimagine what is possible and electrify the world, literally” before a vehicle (presumably the GMC Hummer EV) can be seen driving at a high rate of speed across the iconic Bonneville salt flats in Utah. The words “the world’s first all-electric supertruck” then appear on screen, giving us a clear indication that the EV will be firmly focused on performance.

We didn’t need this teaser video to know just how serious the GMC Hummer EV was about performance, though. The automaker has been forthcoming with regard to the truck’s extreme performance and has already confirmed it will produce up to 1,000 horsepower in certain specifications, enabling a 0-60 mph sprint of three seconds flat. Those would be impressive specs in a supercar – let alone a full-size pickup truck that will very likely be able to tow and haul similar to a regular internal combustion truck. It will also live up to the Hummer name with regard to off-road capability thanks to innovations like GM’s new Crab Mode. 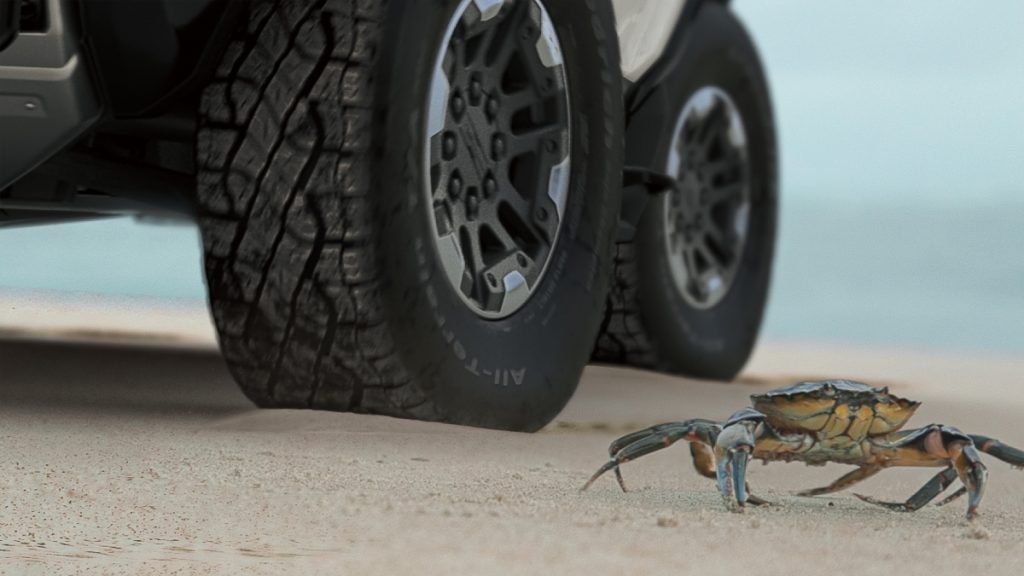 The GMC Hummer EV, which will ride on GM’s dedicated BT1 electric vehicle platform and utilize its new Ultium lithium-ion batteries, will debut during a special live stream event on October 20th at 8 p.m. ET. GM will also open up the reservations from the vehicle at this time to generate some early hype and anticipation for the vehicle – similar to how Tesla has performed its launches in recent history.

Check out the teaser embedded below ahead of the big reveal later this month.