The 1951 Buick LeSabre is considered one of the most influential show cars of the 1950s, introducing jaw-dropping styling inspired by the aerospace age. Now, General Motors is providing a look back at some of the design sketches that led to this pivotal moment in GM design. 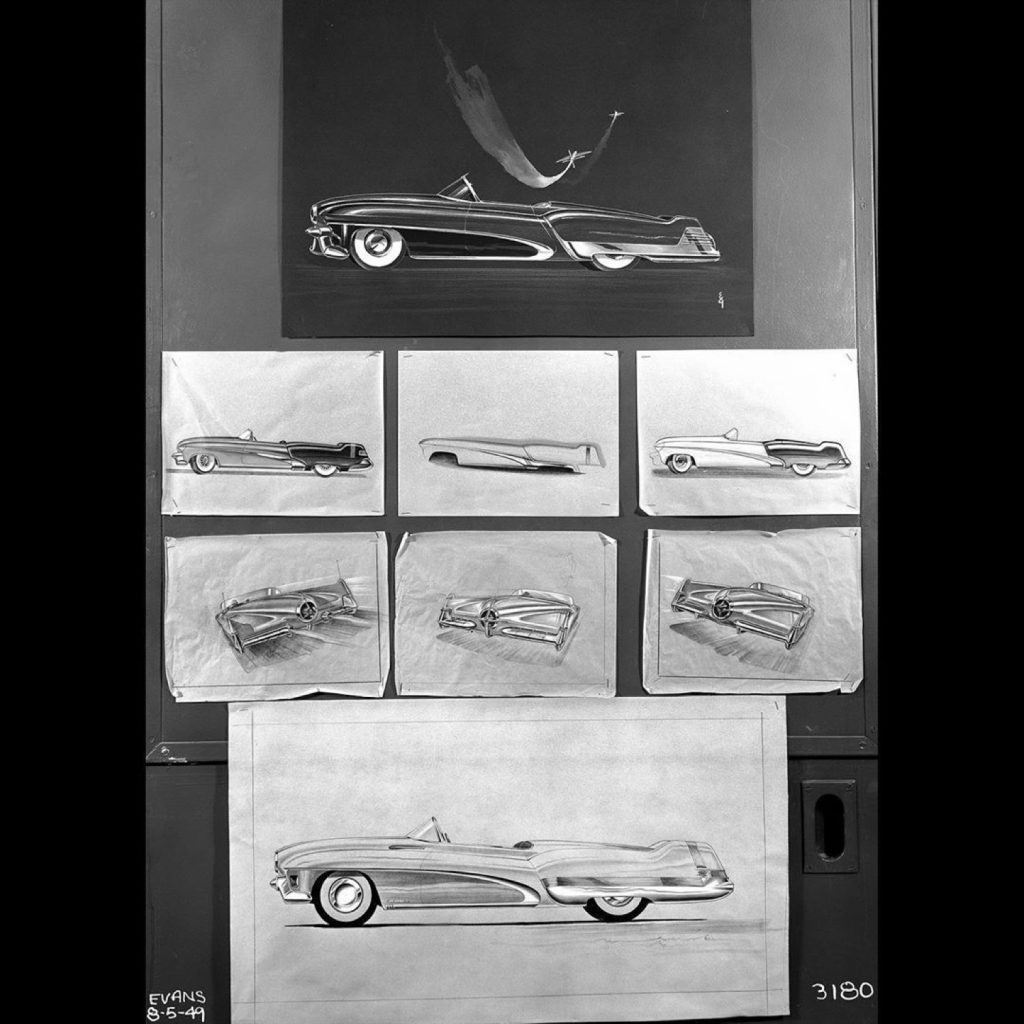 Recently posted to the official General Motors Design Instagram feed (@generalmotorsdesign), the sketches are done in black and white, drawn by hand in 1949. Each picture shows the Buick LeSabre concept from an exciting angle, while also focusing in on some of the more note-worthy design elements added across the body.

The Buick LeSabre concept is credited to General Motors Art Department head Harley Earl, who sought to bring the streamlined look of jet aircraft down to the pavement. Also known for creating the Buick Y-Job, Earl started the tradition of creating one-off concept vehicles to gauge public reaction to styling cues and design direction, and unsurprisingly, the 1951 Buick LeSabre concept helped to usher in elements like wraparound windshields and tail fins, setting the stage for one of the most iconic periods of American automobile design history. 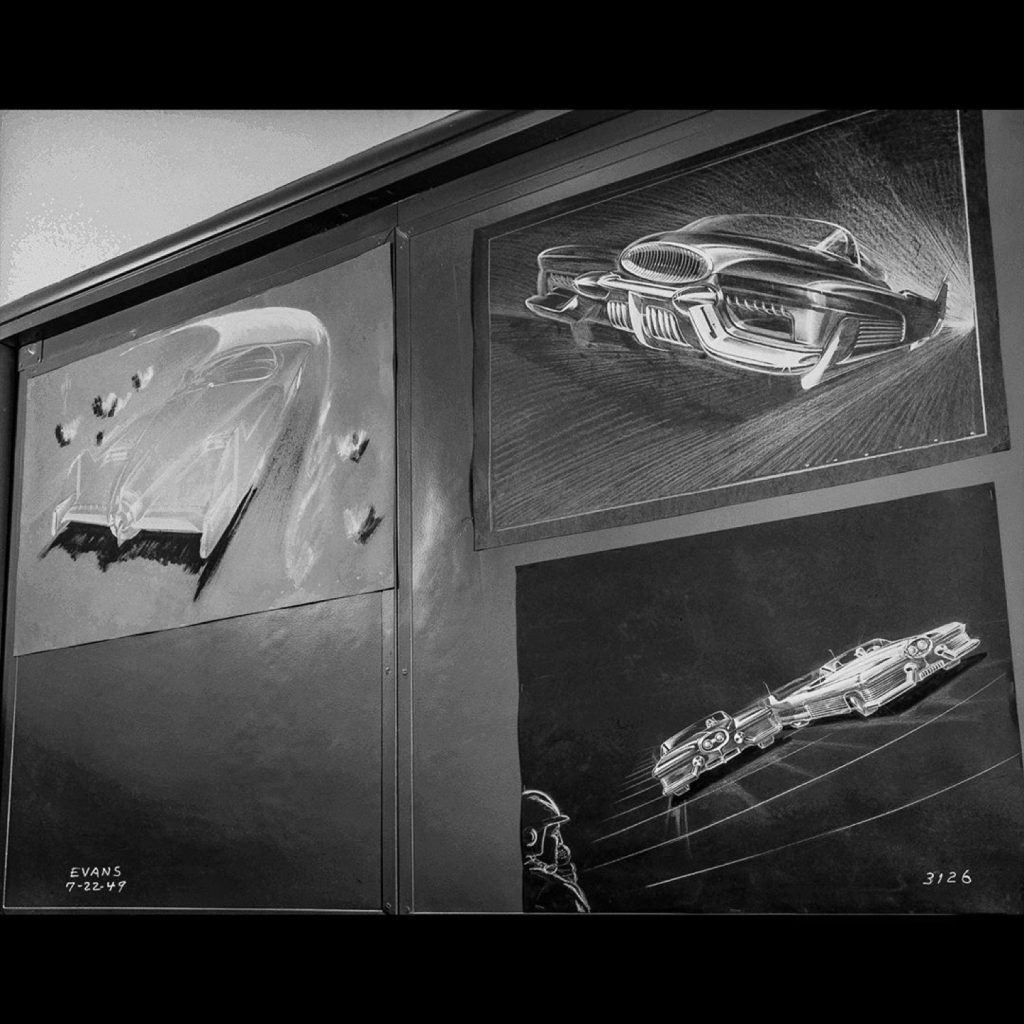 Like the Y-job, the Buick LeSabre concept would later become Earl’s personal mode of transportation, and was powered by a supercharged 3.5L V8 engine. The LeSabre also came with a rear-mounted Buick Dynaflow automatic transmission, while electric lifting jacks were integrated into the chassis to make tire changes a breeze. The cabin was equipped with heated seats. 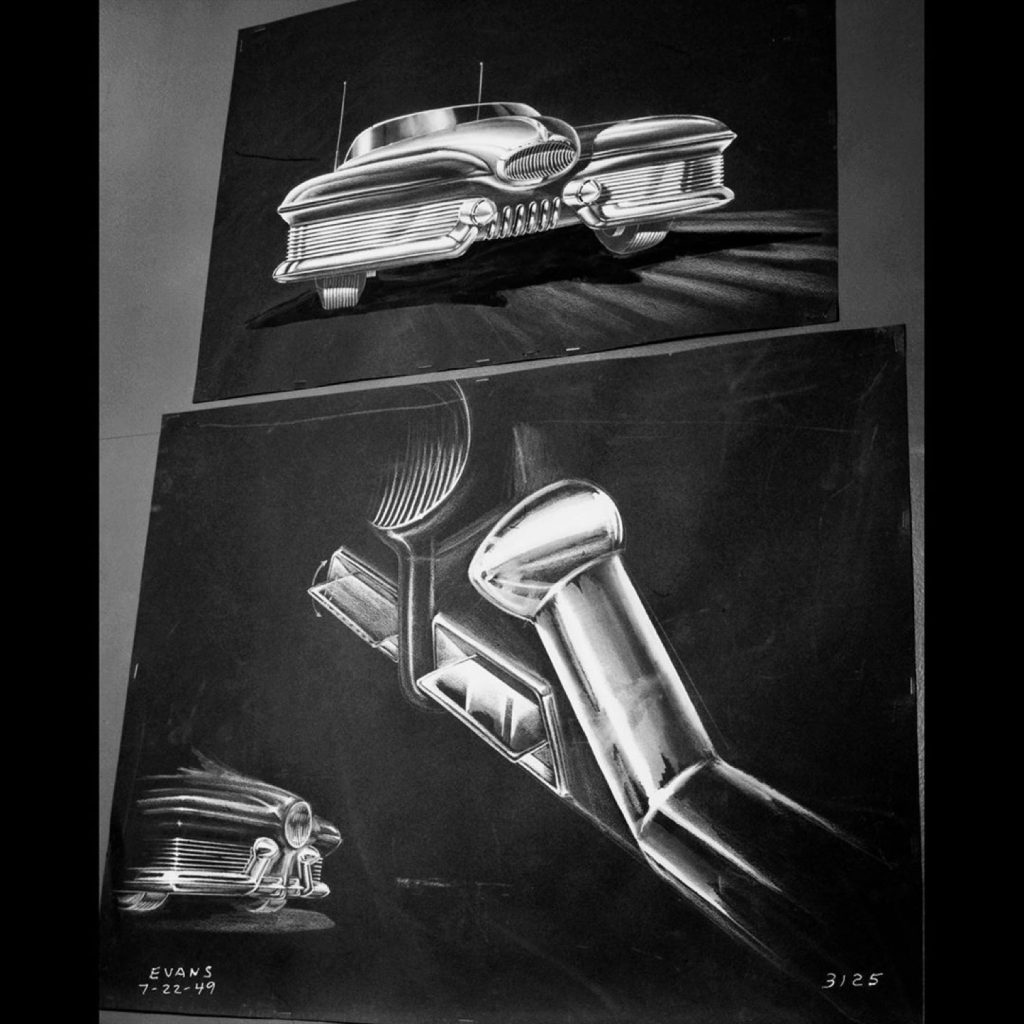 While the imagination, technology, and engineering that went into creating the 1951 Buick LeSabre should not be discounted in any way, it’s far easier to appreciate this concept’s incredible design. Contemporary onlookers no doubt saw the LeSabre as a slice of motoring from the future, while these days, the vehicle harkens back to a legendary time in the history of the American automobile.