The muscle car wars continue, with outrageous power numbers and 10-second quarter mile times set as the new norm. One good example is the C7-generation Chevy Corvette ZR1, a supercharged monster that originally hit the scene as the fastest and most powerful production Chevrolet Corvette ever produced. But the question is this – how does the ZR1 perform against the modified 2020 Ford Mustang GT500 featured in the following drag racing video? 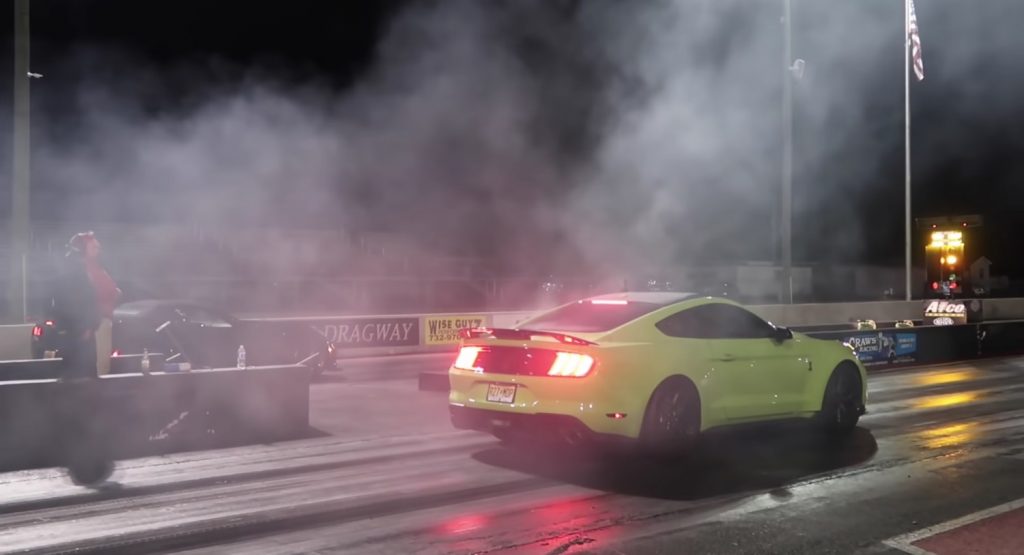 From the off, it bears mentioning that this is not exactly a fair fight. The only modification done to the Chevy Corvette ZR1 is a new set of wheels – everything else is bone stock. By comparison, the Ford Mustang GT500 is packing a ported blower, new cams, new fueling components, a new intercooler, a new throttle body, a new intake, and a custom tune. All told, the ‘Stang is rocking a claimed 1,000 horsepower. 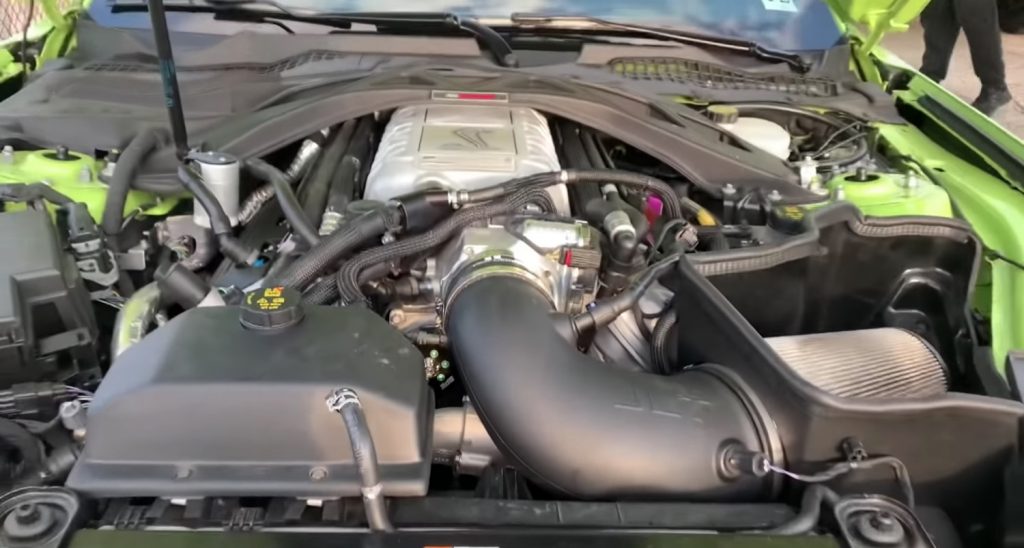 Still, with an extra 245 ponies on tap, the Mustang has the clear advantage. The first pass seen in the video puts the Mustang at 10.2 seconds at 145 mph. Not too shabby, that’s for sure. 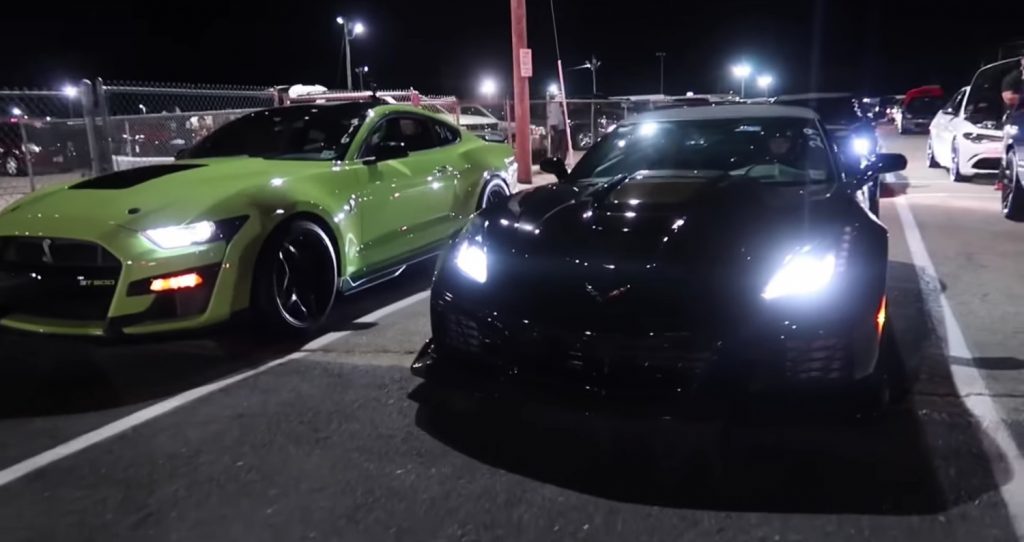 Regardless, the two drivers decide to lineup and give it a go, just for fun. Unfortunately, the heads-up race doesn’t go all that great for the Corvette ZR1, which posts an 11.4 at 134 mph to the Mustang’s 10.15 at 145 mph. According to the driver, the tires spun on the launch, killing his run. Apparently, the driver claims he regularly posts mid-10s.

It’s a blow-out, but either way, it’s fun to see these two behemoths charge down the 1320, so hit play and check it out.