GM was awarded a $214.3 million government contract in June to manufacture 649 of the Chevy Colorado ZR2-based light infantry vehicles for the U.S. Army and also support the production of a further 2,065 vehicles over eight years. The contract was the first major job awarded to GM Defense since the automaker reestablished the specialized engineering division back in 2017. 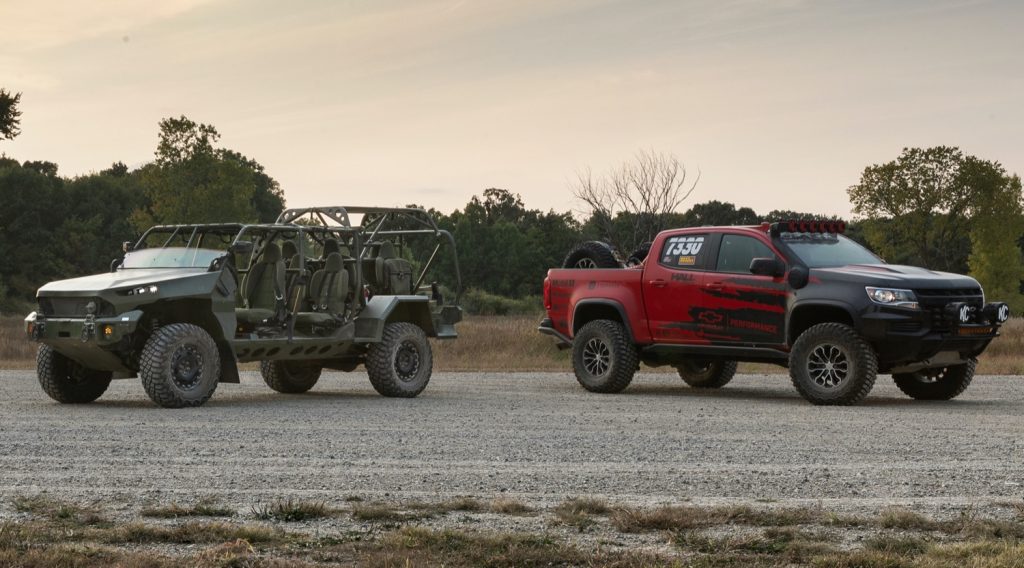 The GM ISV leverages 90 percent proven commercial-off-the-shelf (COTS) parts, including the MultiMatic DSSV dampers and various Chevrolet Performance race components, which were developed through Chevy’s participation in the Best in the Desert racing series with the Colorado ZR2.

The automaker says the vehicle was “was uniquely engineered to fulfill military requirements and designed to provide rapid ground mobility,” for infantry personnel. The Army also required the vehicle to be light enough to be sling loaded from a UH-60 Blackhawk helicopter and compact enough to fit inside a CH-47 Chinook helicopter for easy air transport. 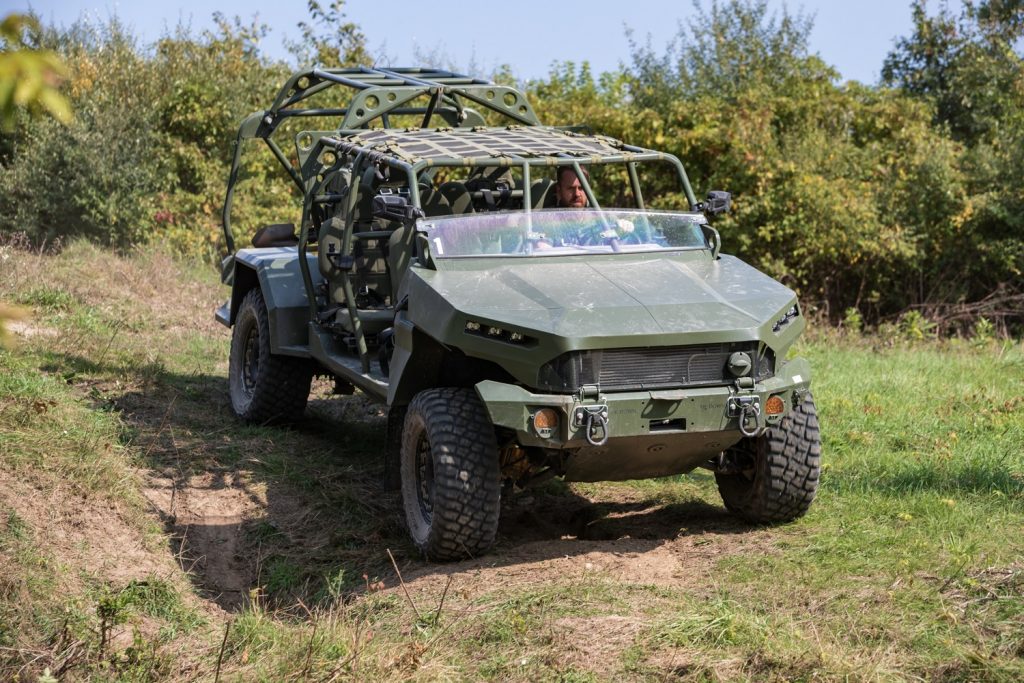 “The value we bring to our Army customer is our willingness to listen and adapt,” GM Defense chief engineer, Mark Dickens, said in a statement. “During Soldier testing, the feedback we received was paramount in delivering a vehicle that met Soldiers’ needs, while maximizing safety and performance and taking their comfort into consideration. The production ISV we’re delivering today is an evolution from our original prototype design, and it’s certainly a vehicle that is a source of pride for the team.” 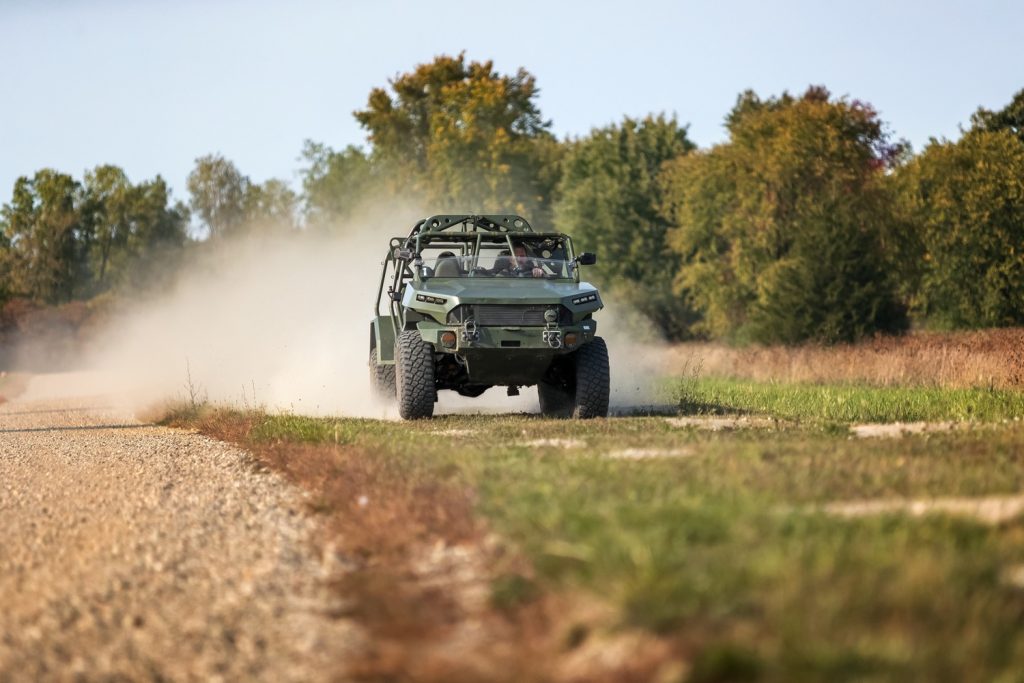 It took GM just 120 days to deliver its first GM ISV after signing the contract in June, an achievement that it says is a “significant milestone.” The vehicle will first be built at a facility in Michigan before production moves to North Carolina sometime next year. 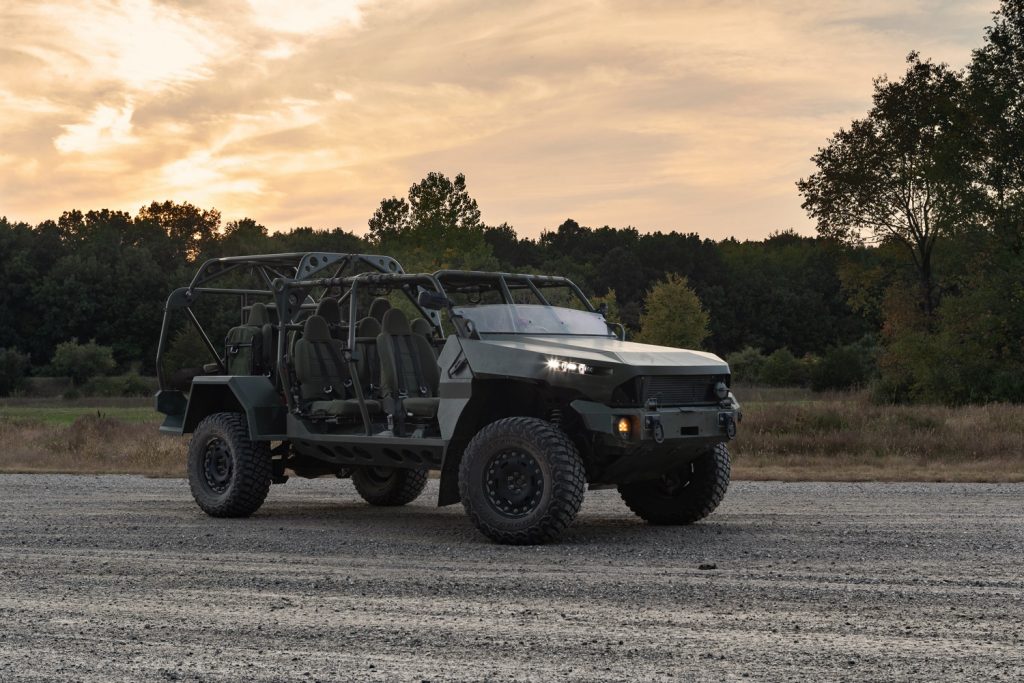 GM Defense says it also has a “teaming agreement” with Ricardo Defense for the GM ISV. The company will lead the Integrated Product Support for the ISV, the automaker says, including the technical manual development, personnel training, and field service support.

Deliveries of the GM ISV will continue in the coming months, with the production of the vehicles set to ramp up throughout 2021.