Another rival to the GMC Hummer EV will eventually join the increasingly crowded battery-electric truck space, with Fiat Chrysler confirming plans to build a new Ram EV pickup in the not-too-distant future.

During a conference call with analysts this week, FCA CEO Mike Manley confirmed the automaker is working on a battery-pwoered Ram EV pickup of some sort, but said it did not have anything to announce just yet.

“I do see that there will be an electrified Ram pickup in the marketplace, and I would ask you just to stay tuned for a little while, and we’ll tell you exactly when that will be,” Manley said, as quoted by The Detroit Free Press.

The GMC Hummer EV will be one of the battery-electric trucks to launch when shipments of the Edition 1 trim level begin next fall. The Hummer EV will join the Rivian R1T and Lordstown Motors Endurance trucks in the growing vehicle space, which are expected to launch earlier in 2021, while the Tesla Cybertruck should arrive sometime late next year too.

Ford is currently working on a fully electric version of the F-150 pickup, as well, although the automaker won’t debut the truck until sometime in 2021, so it may still be quite far away from production.

This is the first time FCA has confirmed it is working on a Ram EV truck, though Manley said previously the automaker wouldn’t sit on the sidelines and watch “if there is a danger that (Ram’s competitive) position gets diluted going forward.” Not surprisingly, these comments come just after GM pulled the veil from its new GMC Hummer EV, which is available with a 1,000 horsepower tri-motor powertrain and can accelerate from 0 to 60 mph in just three seconds. 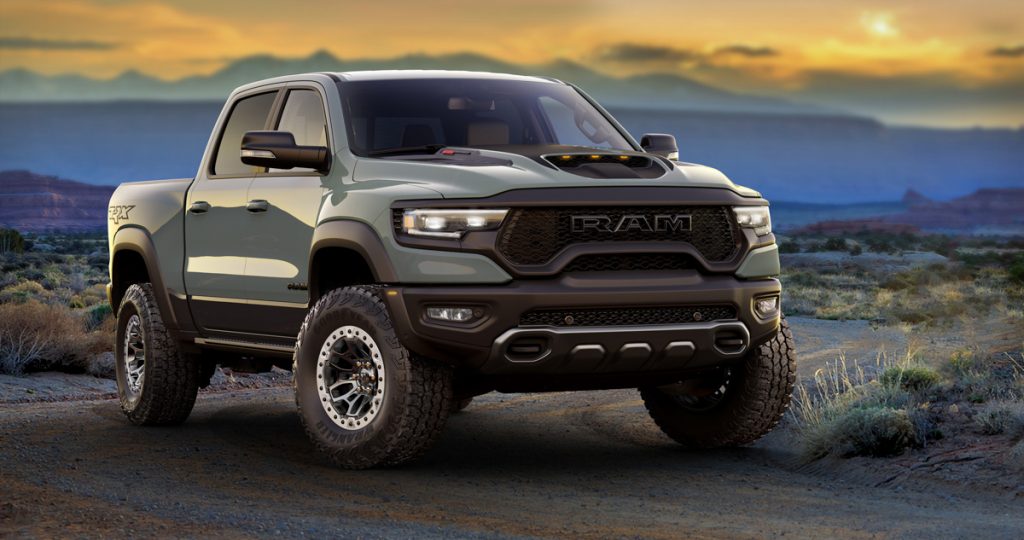 Ram debuted the new Rebel TRX earlier this year, which features a supercharged 6.2L V8 engine producing 702 horsepower and 650 pound-feet of torque and can accelerate from 0-60 mph in 4.5 seconds. This will make the Rebel TRX the most powerful production pickup for a brief period in time, until the 1,000 horsepower Hummer EV Edition 1 comes along next fall. The Hummer EV will be built at GM’s Factory Zero plant in Detroit, which was renamed from Detroit-Hamtramck this year and is undergoing extensive renovations.