Chevrolet Performance has unveiled the new 1977 Chevrolet K5 Blazer-E ahead of the upcoming SEMA360 show, a fully-electric take on the iconic off-roader that demonstrates the versatility of the new Electric Connect and Cruise package.

The K5 Blazer-E has ditched its stock 400 cubic inch V8 and three-speed automatic transmission in favor of a new Electric Connect and Cruise setup, which consists of a 60 kWh lithium-ion battery pack and a single electric motor producing 200 horsepower and 266 pound-feet of torque. The crate motor is paired with a new electronically controlled Chevrolet Performance four-speed automatic transmission, but the Blazer’s original transfer case, driveshaft and axles all remain. 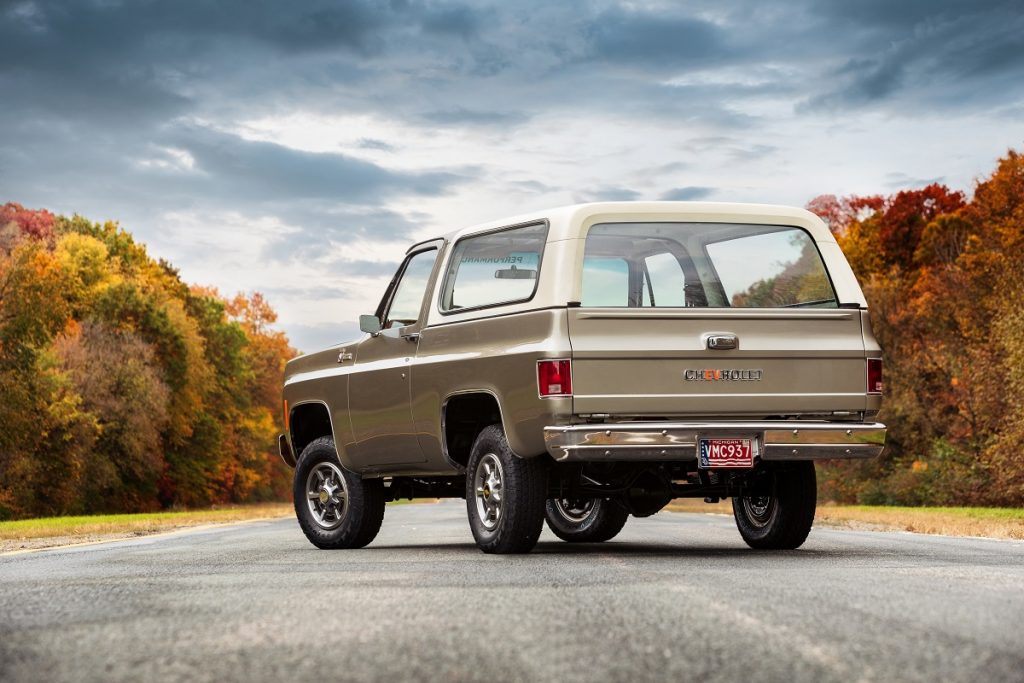 The 60 kWh battery, the same as the one found in the Chevrolet Bolt EV, sits in the rear cargo area and has the same heating and cooling system and battery-overcharge protection as the production Bolt EV battery. The K5 Blazer-E also retains the Bolt EV’s regenerative braking system. 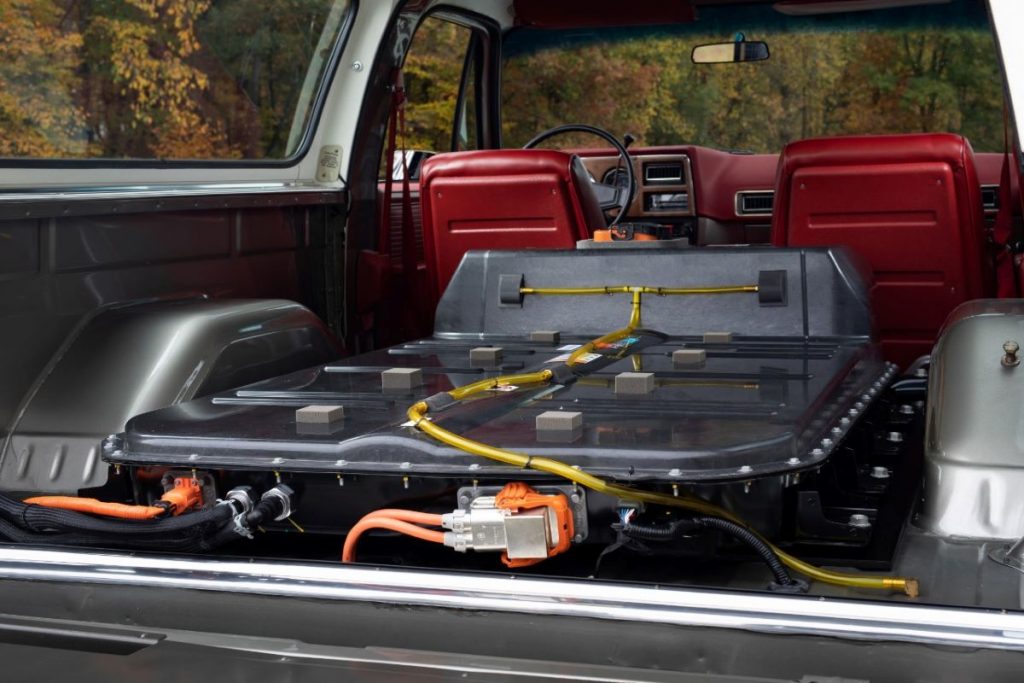 Chevrolet Performance had to turn to the aftermarket for some minor items, including the electric power steering kit and an electric vacuum pump for the Blazer’s stock brake system. It retains all the stock Blazer gauges (the battery range is reflected by the fuel gauge, for example), but Chevy needed a special aftermarket electronic controller to drive inputs to them from the Electric Connect and Cruise powertrain. 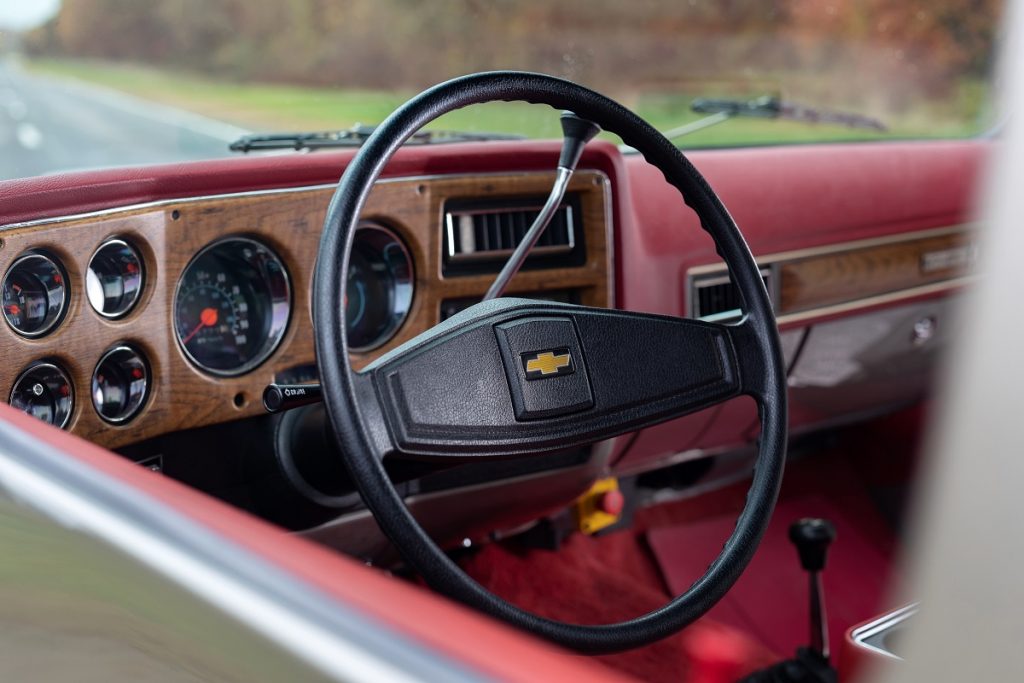 The K5 Blazer-E is the second classic vehicle Chevy has converted into an EV for SEMA. The automaker unveiled the Chevrolet E-10 concept at last year’s in-person SEMA Show, which paired two concept electric crate packages together to create a powerful 450 horsepower powertrain with a 120 kWh battery capacity. Chevy says the learnings from both of these vehicles have “helped inform Chevrolet’s Electric Connect and Cruise strategy,” for the future, which will eventually expand to include Ultium modular batteries and more powerful electric motors. 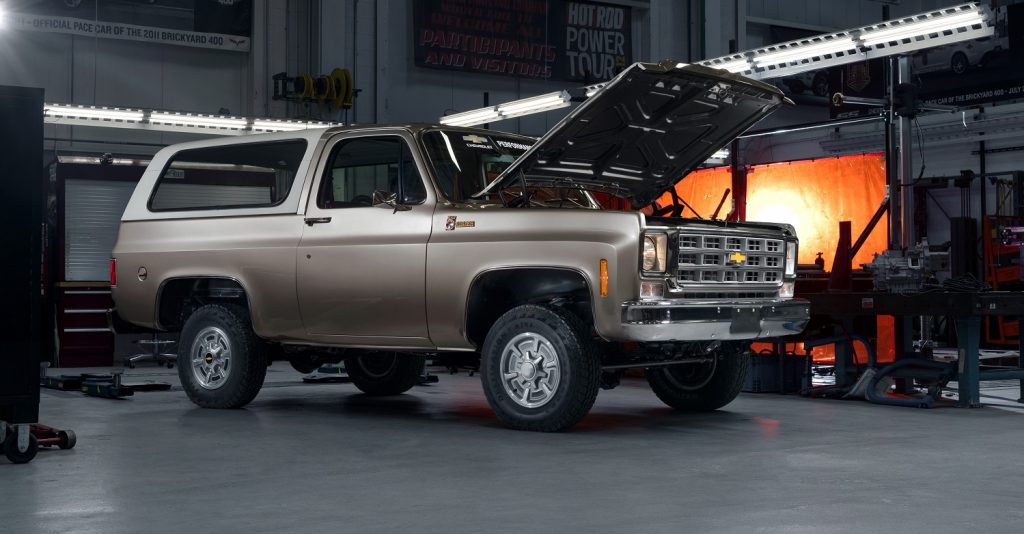 “Minutes after Chevrolet showed the E-10 concept, customers started calling to ask how soon they could build their EV project,” Chevy’s director of engineering for performance and racing, Russ O’Blenes, said in a statement. “The K5 Blazer-E demonstrates what is possible for customers who want to convert their vintage truck to a daily driver with the instant torque and unique driving experience of an EV. For customers who want more extreme performance, the modular eCrate system will have virtually limitless applications.”

We may learn more about the 1977 Chevrolet K5 Blazer-E and the Electric Connect and Cruise package when SEMA360 kicks off on November 2nd.