Denny Hamlin emerged the winner from a wild, wreck-filled race at Talladega Super Speedway on Sunday to secure his spot in the Round of 8 of the NASCAR Cup Series Playoffs.

Hamlin beat Matt DiBenedetto to the finish in a third overtime shootout at the infamous superspeedway to take the victory. DiBenedetto rued the result afterward, but the feeling was short-lived, as he was given a post-race penalty for pushing William Byron below the yellow line on the final lap and was demoted from second to 21st. That promoted Hamlin’s Joe Gibbs Racing teammate Erik Jones to second and handed Toyota 1-2 result, while Ty Dillon was the top Chevy driver after crossing the finish line third in his Germain Racing Camaro ZL1. William Byron was classified fourth in his Hendrick Motorsports prepared Chevy, while his Hendrick teammate Chase Elliott was fifth. 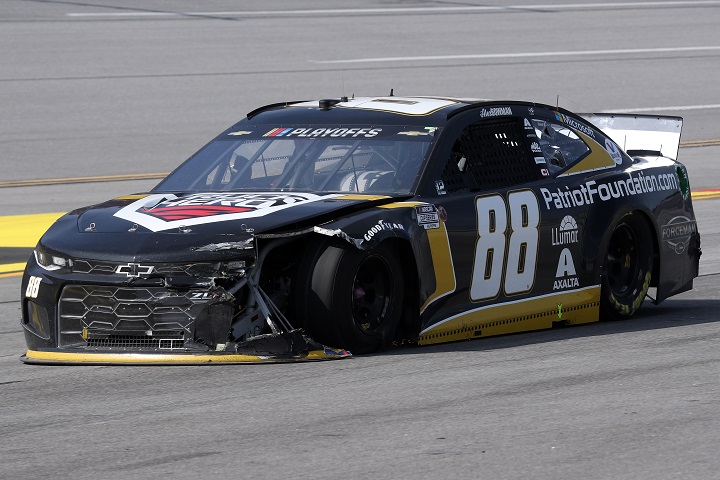 A major wreck on Lap 108 changed the course of the race and will also likely have major implications in the playoffs when the Round of 12 has all shaken out. The 11-car wreck, sparked by Clint Bowyer after he turned the No. 48 Camaro ZL1 of Jimmie Johnson in the tri-oval, damaged Johnson’s car and took out Bower, Kurt Busch and Cole Custer, among others. Kyle Busch was also caught up in the wreck after getting caught in a smaller crash earlier in the race, resulting in additional damage to the No. 18 Toyota Camry. The younger Busch brother was then caught in a third and final wreck, which brought out the 12th caution of the day, and was classified 27th. 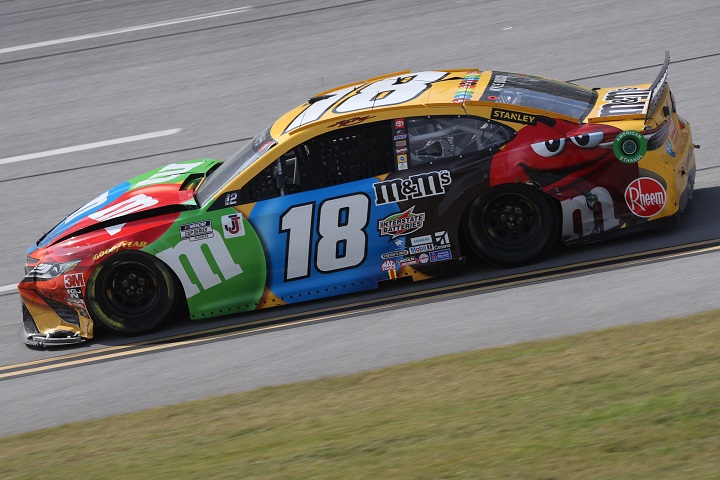 The No. 3 team of Austin Dillon continues to put in the work for Chevrolet. Dillon survived the chaotic race to come home 12th, the third-highest finish among playoff drivers, though he still sits below the cutoff line to advance into the Round of 8.

The NASCAR Cup Series heads to the road course at Charlotte Motor Speedway next for the Bank of American ROVAL 400 on Sunday, October 11th. For now, check out full highlights from Talladega in the video embedded below.