The Pontiac brand was killed off in 2010 just as the fifth-generation Chevrolet Camaro was hitting the market. That meant that as Chevy fans celebrated the return of their beloved pony car, Pontiac fans were looking on without a Pontiac Firebird equivalent to enjoy themselves. This resulted in countless aftermarket Pontiac Firebird conversion kits, the majority of which have not aged very well over the past decade or so, if we’re being honest. 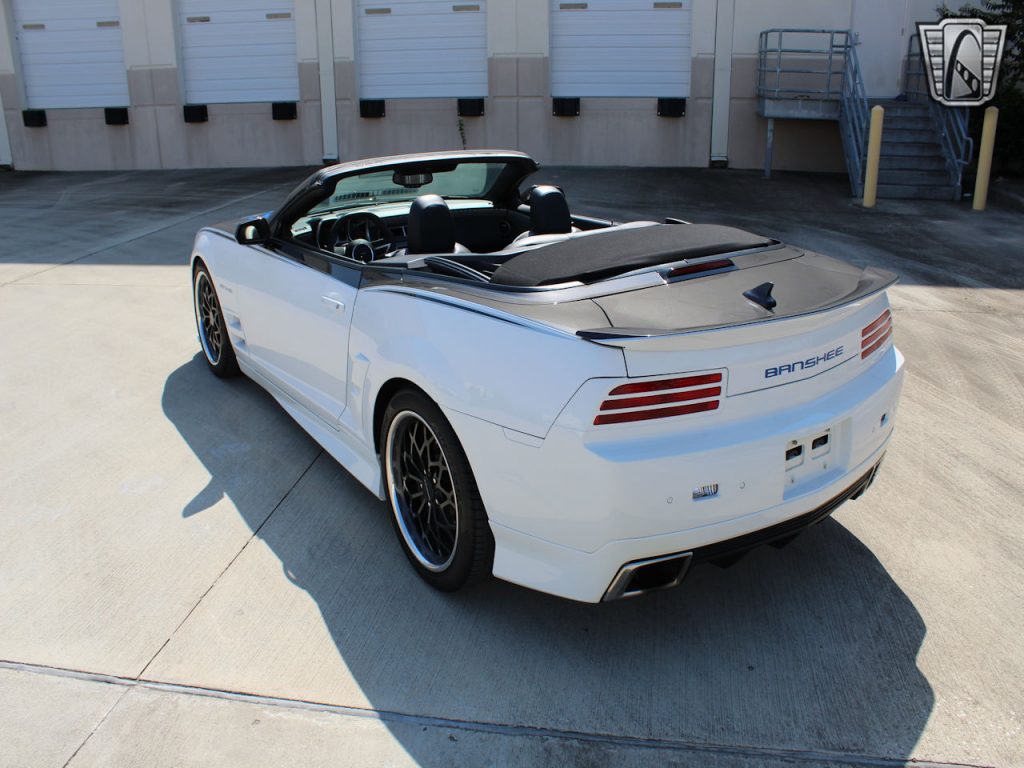 One of these early, fifth-generation Chevrolet Camaro-based Pontiac Firebird conversions is currently being offered for sale through Gateway Classic Cars. This particular conversion is dubbed the “Banshee TA” and features restyled front and rear ends inspired by the 1977-1978 Pontiac Firebird Trans-Am, modern-day Snowflake style wheels and a black and white two-tone paint job with a blue screaming chicken decal on the hood.

Power comes from the same GM 6.2L LS3 V8 engine that was offered in the 2011 Chevrolet Camaro SS from the factory, but with a Procharger centrifugal supercharger bolted to it, it’s now making over 800 horsepower. Other upgrades include custom heads, a more aggressive camshaft, LS7 lifters, a full Kooks exhaust and an upgraded fuel system. 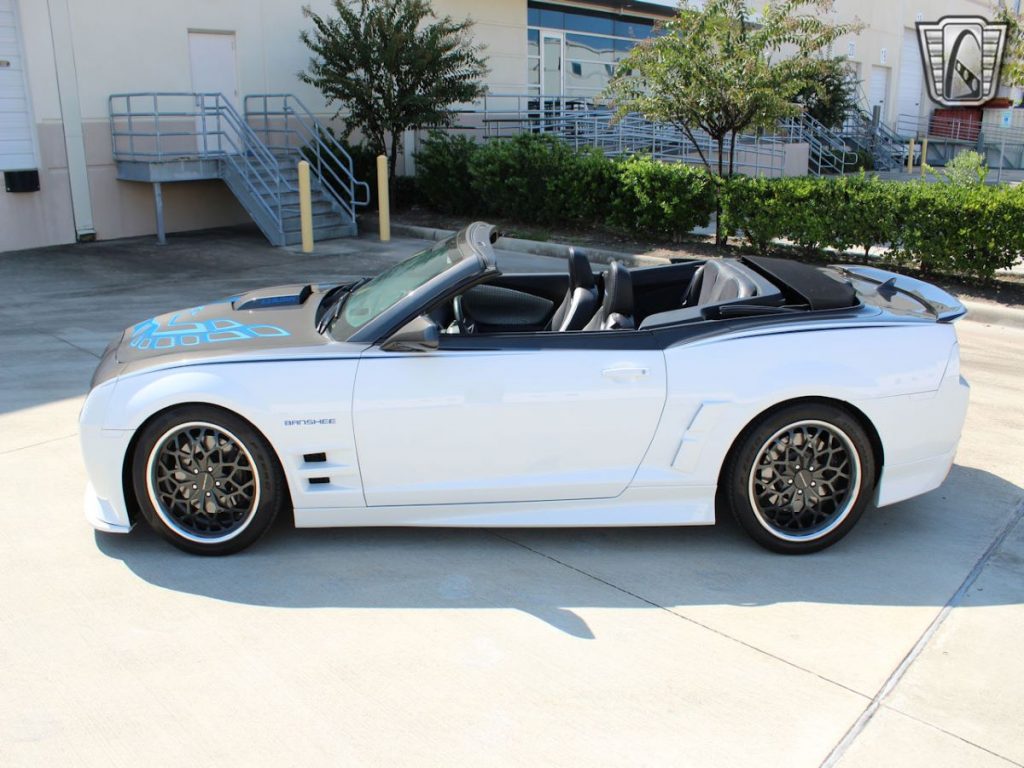 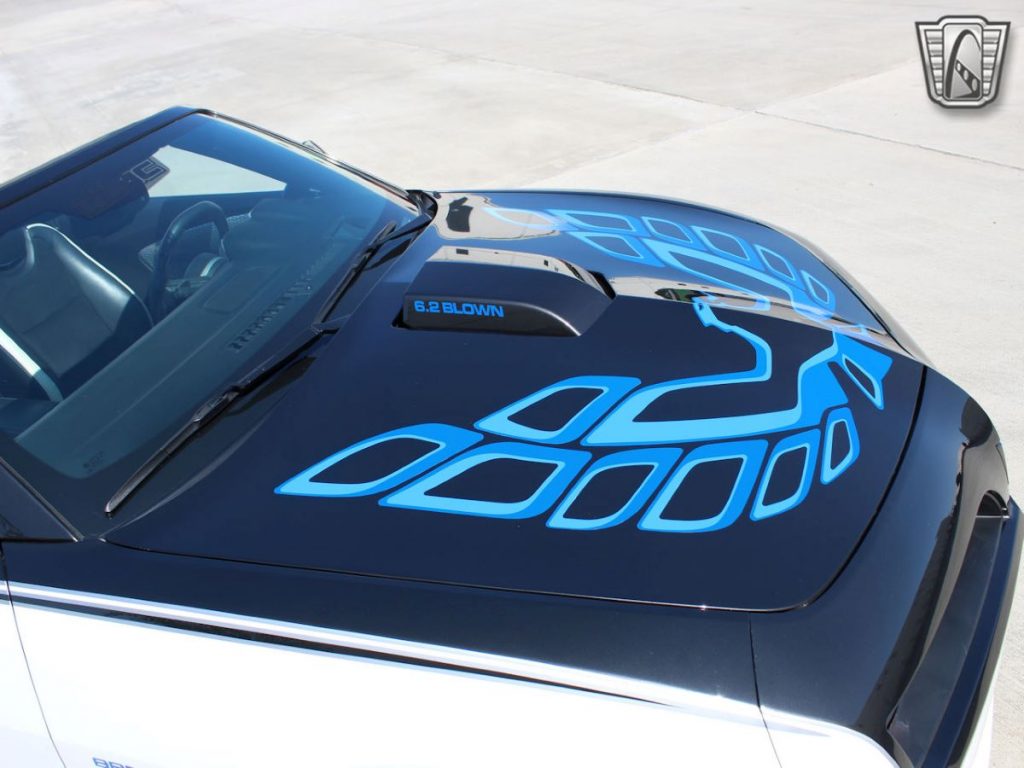 This former SEMA Show Car has been driven just over 14,000 miles since it left the factory in 2010. It’s not easy to find a fifth-gen Chevrolet Camaro with such low mileage, but this car has a price representative of its condition. At $69,500, we think anyone seriously considering buying this custom Camaro would be better off spending the money on a new Chevrolet Camaro ZL1. The performance will similar, if not far superior, and it’s backed up by a factory warranty to boot. 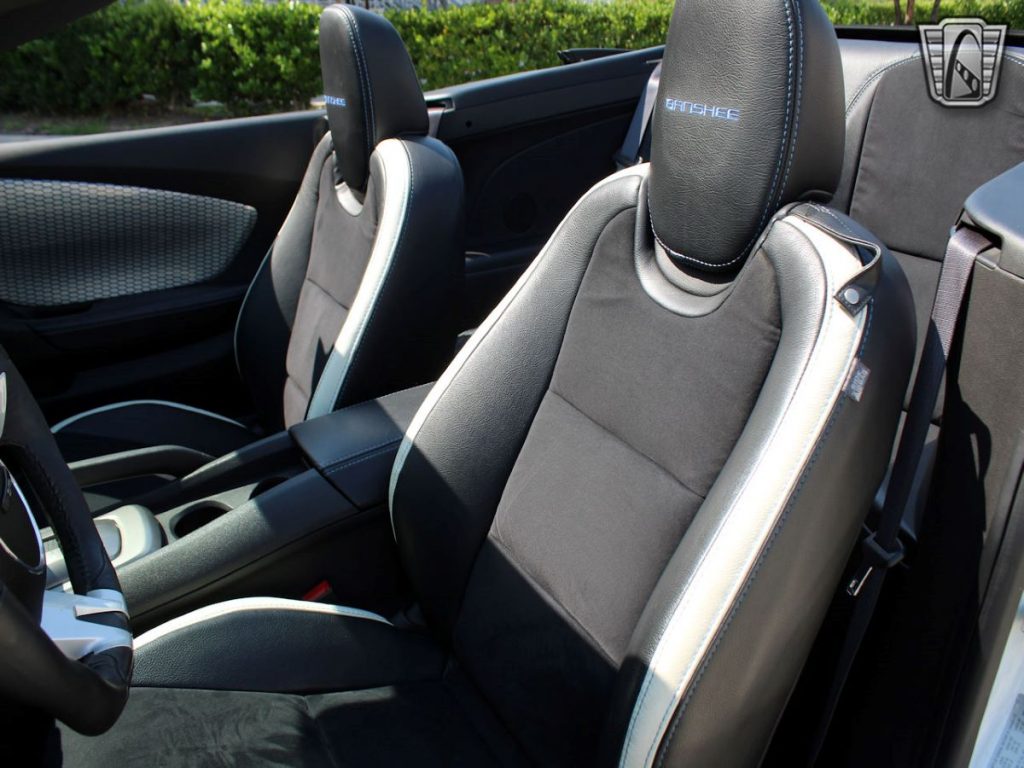 Check out the listing for this unique 2011 Chevrolet Camaro at this link and feel free to let us know if you think it’s worth its asking price in the comments below.