Antonio Garcia and Jordan Taylor put on a clinic in their bright yellow No. 3 Corvette C8.R to win Saturday night’s Motul 100% Synthetic Grand Prix from the Charlotte Motor Speedway Roval. The pair have now won five of the eight IMSA WeatherTech Sportscar Championship races they have competed in this year with the new-for-2020 C8.R and enjoy a 24 point lead over their Corvette Racing teammates Tommy Milner and Oliver Gavin. 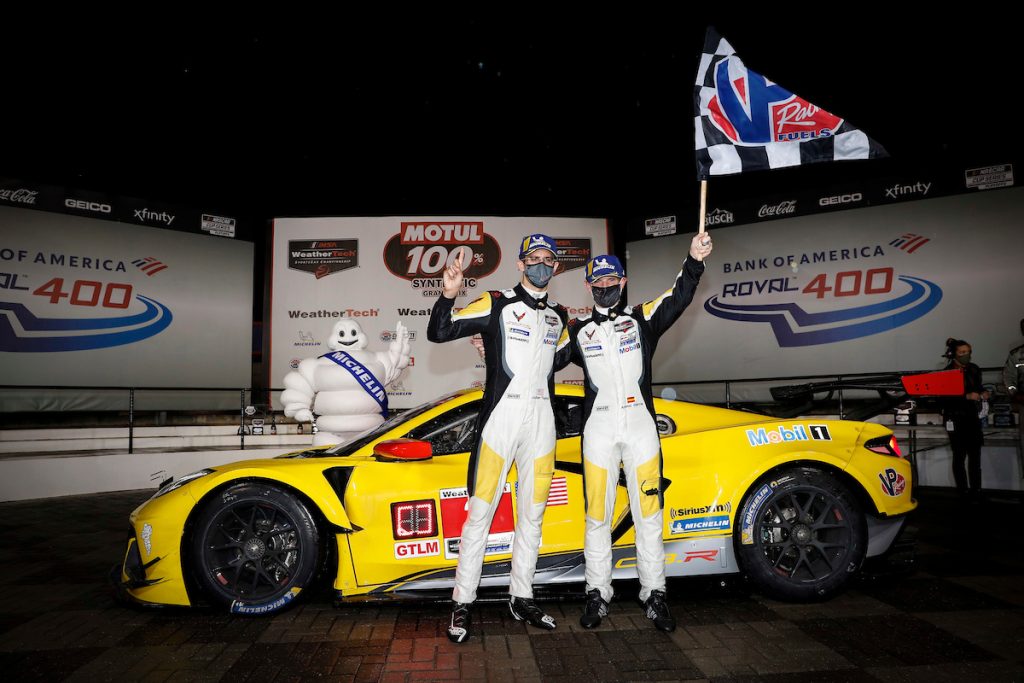 Taylor started the race from the pole position and, despite the extremely treacherous conditions, managed to hold position when the green came out. The first 16 minutes of racing featured two full-course cautions, however, prompting Chevrolet to call in both the No. 3 and No. 4 cars for fuel, tires and a driver change.

Garcia was second for the restart, following the BMW M8 GTLM of John Edwards before diving down the inside of the American into Turn 8. He was then able to pull out a large five-second gap over the BMW, although his lead vanished after the caution came out with just 11 minutes remaining. Making matters worse, the yellow was for the stricken No. 4 C8.R sister car of Milner, who lost control and hit the outside wall after suffering a suspension failure. Garcia retained the lead when racing got back underway with just five minutes remaining, crossing the finish line 1.474-seconds ahead of Edwards. The second BMW M8 GTLM of Connor de Phillipi rounded out the GTLM podium in third. 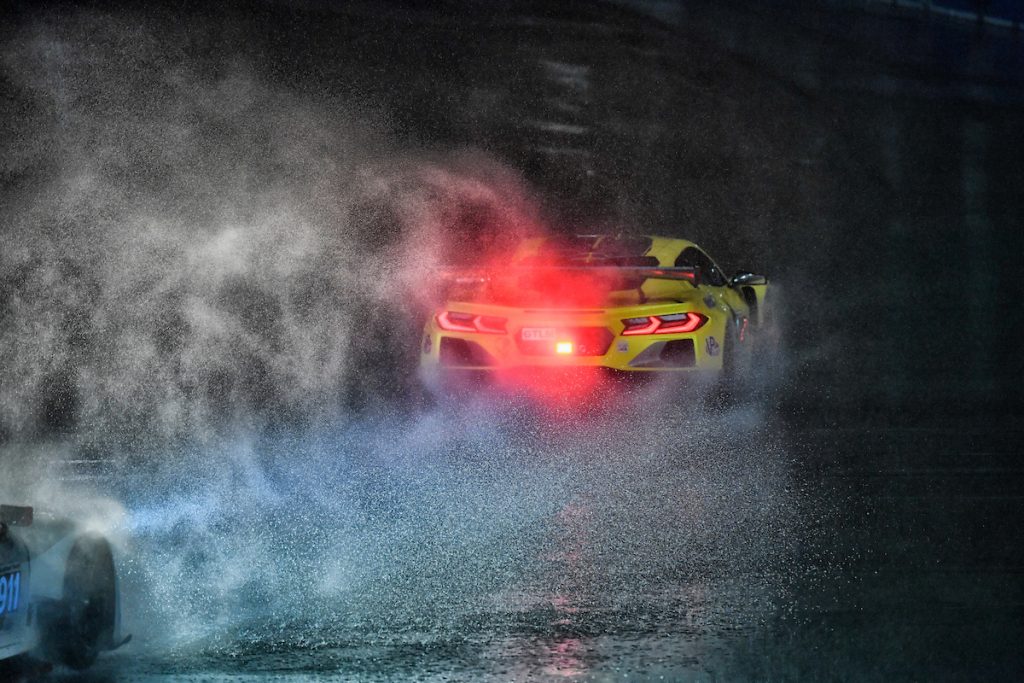 “I’m very happy for Corvette Racing and Team Chevy,” said Garcia. “I’m glad Tommy is OK. We have a very fast car but also a very safe car. That’s a magnificent combination of car here. It’s great to be driving for the best team out there and keep winning races. We need to keep this mentality and go all the way to the end.”

“Upon further inspection it looks like once the car got back to the trucks, we did have something at the right-rear and the wheel came off,” Milner said after his scary high-speed crash. “Fortunately this is a really strong and safe Corvette that we have and it held up really well. Selfishly I’m glad it is nothing I did wrong, but that doesn’t change the outcome.”

DRAMA: Tommy Milner in the No. 4 @CorvetteRacing is off with heavy damage after a bizarre crash that saw him slam the outside wall at NASCAR Turn 4. Milner is out of the car without assistance and looks fine. #MOTULGP #IMSA #ROVAL pic.twitter.com/GN9lHTG8LL

Corvette Racing is now looking ahead to the Motul Petit Le Mans on Oct. 15-17 from Road Atlanta, which is not only a premier race for any manufacturer to win, but will be a crucial opportunity for the team to extend its Driver and Manufacturer’s championship points lead.